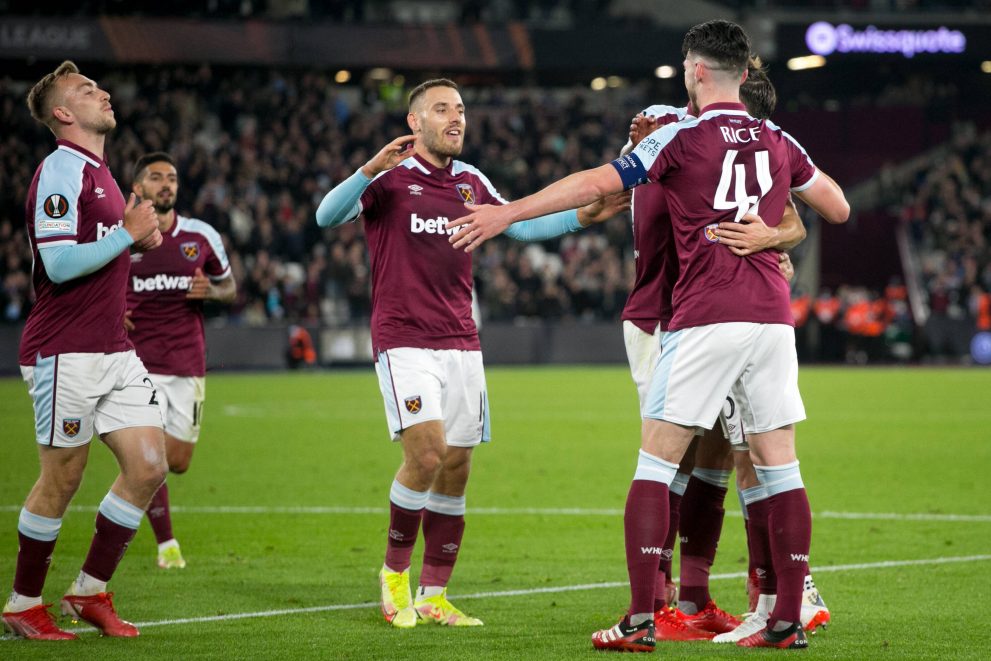 When David Moyes fulfilled his remit to keep West Ham up in 2017/18, he was reportedly aggrieved when the club chose not to offer him a permanent contract. After all, during his six months in temporary charge, the Scot had quickly installed discipline and shape into a team that was previously in disarray and spiralling towards relegation. Prior to his arrival, the Hammers were averaging 0.3 points per game but during his tenure that improved to 1.2 PPG as they steadily ascended from their predicament to ultimately finish mid-table. Surely then, he deserved a proper shot at one of the most desirable jobs in English football? Surely, he deserved better than to be viewed as a mere firefighter?

Only this was a very different David Moyes to the manager we know three years on, in perception at least. This Sunday, the 58-year-old presides over his 1001st game as a professional manager, pitting his wits against Jurgen Klopp at the London Stadium with his side just two points behind the Reds. Last season, both he and a unified squad replete with shrewd signings from the Championship and Europe’s backwaters surprised everyone by finishing sixth, ahead of Spurs and Arsenal. Even factoring in Moyes’ superb achievements on Merseyside many moons ago – in what was formerly considered his prime – it can reasonably be argued that he is currently experiencing a career-high. His reputation is fully restored and beyond east London he is again widely respected.

David Moyes has been the manager for 2.8% of all wins by any team in PL history

Back in 2018 however, this very definition of an elite coach was regarded as a busted flush, with particularly poor returns at Manchester United, Real Sociedad and Sunderland marking him down as a failure. If his headline-grabbing woes at Old Trafford saw his standing dismantled, and his struggles abroad had him pegged as a Brit with limited scope, an especially tough time in the North-East led to him being damned as yesterday’s man. Granted, Moyes would always be capable of whipping a disjointed eleven into order: his intolerance for any lack of effort and an ability to organize a defence saw to that. But didn’t that simply make him a firefighter?

So it was that West Ham, in their infinite wisdom, went for a more glamorous name, if an aging Chilean with scant personality can be deemed in any way glamorous. But when Manuel Pellegrini eventually proved to be an unsuitable fit they boomeranged back to Moyes and it is on his appointment where we can fully appreciate the contrast between then and now. At his unveiling, the Scot came out swinging, declaring, “I’ve probably got the biggest win rate out of a certain amount of managers. That’s what I do. I win.”

It was an understandable display of defiance, given the bashing he’d consistently received, but journalists in the room still openly smirked, barely bothering to hide their amusement at such a remark.

It is difficult to conflate that mockery to a high-flying coach who is not only orchestrating a successful side against the odds but doing so via adventurous means. Last term only Manchester City and United scored more than the Hammers while this time out they have put four past Newcastle, Leicester and Aston Villa. For neutrals, this is a thoroughly enjoyable side to watch.

It is also difficult to not only be mightily impressed by West Ham’s rise to prominence this season and last, but be astounded by the personal, transformative narrative behind it.

Mark Webster, co-host of Talksport’s Sunday morning show Jonny Owen & Friends, is a lifelong West Ham supporter who is relishing every moment witnessing his club surge from mid-table obscurity to who knows where.

“There’s a lot of Seven Samurai/Magnificent 7 about the new Moyes era. It’s a tale of redemption. Salvation. Frightened villagers in fear for their home. A disparate group of old gunslingers and youthful exuberance coming of age. Then everyone coming together to save the day. It’s got the lot.

I think David Moyes being able to return, and this time it would seem to do things his own way, is extraordinarily significant. Perhaps there’s even an element of correcting things he wasn’t so sure about in himself, first time around? That is clearly reflected in the nature of his coaching staff, and the way he has conducted his transfer policy.”

‘Could a Tottenham even attract David Moyes if they tried?’ is not a question I thought possible to be asking a year ago

The latter point is pertinent and perhaps key to West Ham’s dramatic upturn in fortunes. In recent transfer windows they have brought in Pablo Fornals, Jarrod Bowen, Said Benrahma, Tomas Soucek, and Vladimir Coufal, instrumental talents all and at an equivalent cost to a marquee summer purchase from one of the big six.

Club legend Tony Cottee, who scored over 100 goals in claret and blue, has also admired the Hammers’ recruitment of late though he believes a united front is a major factor too.

“He buys good players that fit into what’s happening at the club. He also demands 100% effort and a good team spirit. These are simple things, but the basics of football will never change.”

This perhaps gets to the heart of how and why West Ham are now challenging the top four; a model that is essentially constructed of basics but done exceptionally well, which ironically would have once been a back-handed compliment used against Moyes. Now, as Webster points out, such traits have seen him, and his club, hold their own among the elite.

“You only have to look at the company he is keeping in the table at the moment. Klopp, Pep, Tuchel – all men who are front of house at their clubs. Who engender the spirit of the place. Who keep a team and a bench rotating with smiles on their faces. And above all, whoever is on the field, understands the philosophy so there is never really a ‘weakened’ side.”

Former Hammer turned Sky pundit Tony Gale agrees with all the above, closing with a line that would have felt incongruous back in 2017 and inconceivable across Moyes’ sustained career lapse.

“He has installed discipline and a hard-working mentality to the team. Everyone has embraced it and everyone is in on his ideas. They are also that little bit fitter and they are all now mirroring their manager’s honesty to the game.

The more involvement David has with the club – in every aspect of it – the better the club is going to get.”

"I only want team players, I don't want individuals who think it's all about them" 🚫

The secret to David Moyes' success at West Ham ✅ pic.twitter.com/p7VXHvprIC

Tony Cottee
Tony Cottee is a former striker for West Ham who scored 115 goals for the club over two spells. He also played for Everton and Leicester City.

Tony Gale
Tony Gale is a former West Ham United player who made 300 appearances for the club scoring five goals.

Mark Webster
Mark Webster is the co-host of the Talksport show, Jonny Owen & Friends, and is a life-long West Ham fan.
Privacy & cookie notice Just so you know, this site uses cookies to give you the best possible experience. Close