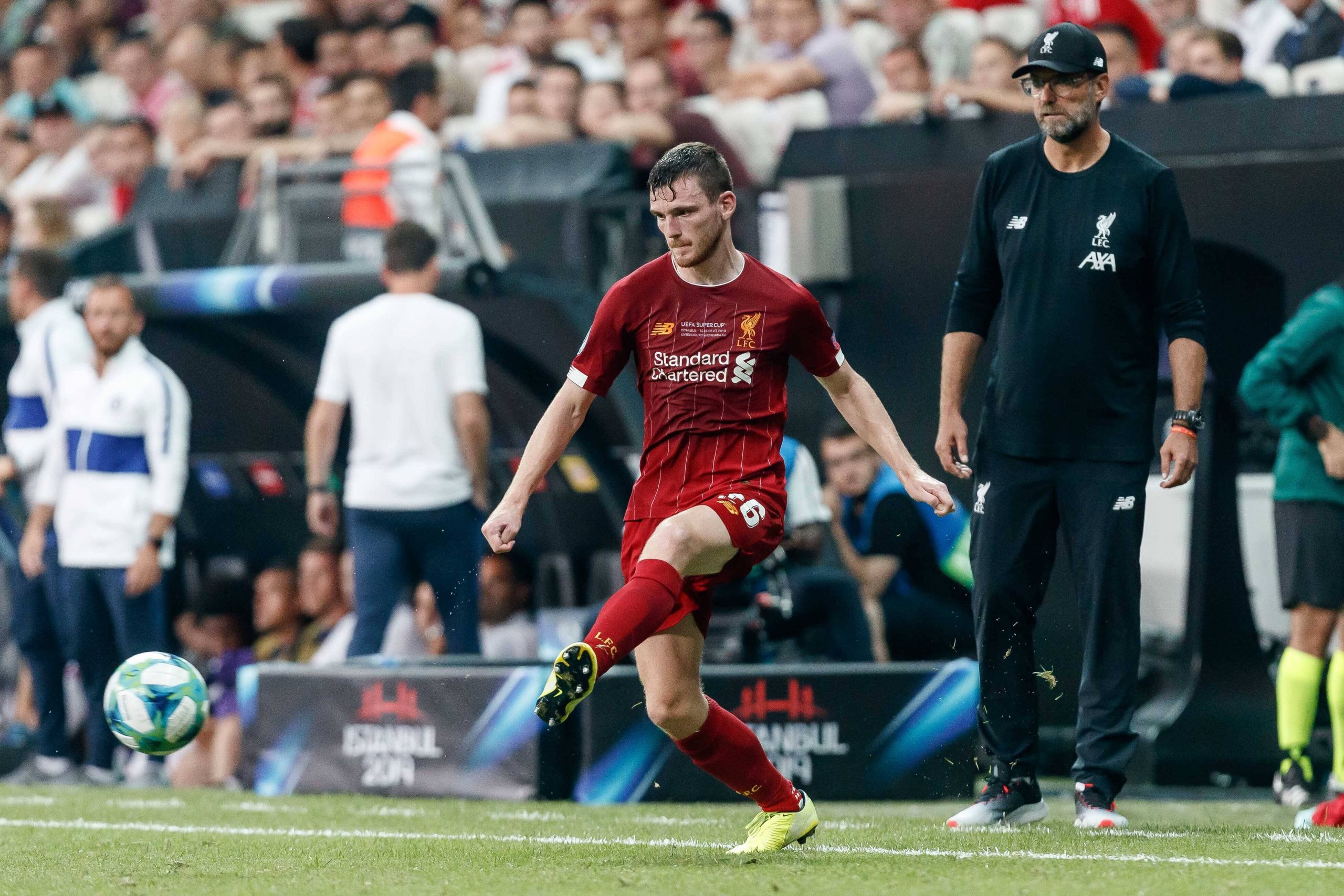 There is no better example of Liverpool’s success in the transfer market in the Fenway Sports Group era than Andy Robertson. While the game’s best full backs have seen their prices rapidly inflate in recent years, the Anfield club paid just £8m to Hull City in 2017 for the Scot who would grow into one of the Premier League’s best.

Recently, though, Robertson hasn’t been himself. Renowned for his remarkable consistency over the last four years, the 27-year-old has struggled to find top form over the early stage of the 2021/22 season. In fact, Jurgen Klopp would be wise to drop Robertson for his own good at this stage.

By and large, Liverpool have enjoyed a positive start to the season. Indeed, Klopp’s team currently sit atop the Premier League table even after dropping points away to Brentford on Saturday. After the malaise of last season, there is a growing sense Liverpool will mount a genuine title challenge this term.

🔴 Liverpool sit top of a tight Premier League table at the end of Matchweek 6️⃣ pic.twitter.com/pE9V3en4cd

A number of key figures — Virgil van Dijk, Trent Alexander-Arnold, Jordan Henderson, Fabinho, Sadio Mane, Mohamed Salah — have all seemingly been revitalised over the summer, but Robertson is not one of them. Brentford targeted him to great effect on Saturday with AC Milan also exposing the Scotland international more than once when they visited Anfield earlier this month.

Kostas Tsimikas, on the other hand, started the season in excellent form. The Greek left back, who had become something of a forgotten figure at Anfield since signing from Olympiacos two summers ago, made the most of the opportunity Robertson’s injury presented him, impressing in games against Norwich City and Burnley.

In the past, Klopp has felt the need to start Robertson in every game due to a lack of depth. Now, though, he has Tsimikas as an alternative. The Greek is more than capable of filling in as an understudy while Robertson works on regaining the intensity and sharpness that made him one of the best full backs in Europe for a number of years.

“In the last few years, it was often a problem that it was quite tricky to replace Robbo,” Klopp recently explained when asked whether or not Tsimikas’ impressive early season form had given him a selection headache at left back. “I would say it’s actually not really possible because Robbo is a world-class player.

“He’s like the full package, as the defender and the attacker, that you wish for in the position. He’s a leader in the team and all this kind of stuff. He [Tsimikas] is in a good moment, played well, set a goal up with a sensational cross. It’s great to have them both. For a manager, it’s a problem when you don’t have a left-back! When you have two, it’s no problem.”

We now have two quality left-backs at our disposal. Kostas Tsimikas is proving to be a brilliant piece of business 👏 pic.twitter.com/mobKw4zWVY

Klopp is right to underline the world class qualities of Robertson, but those qualities have been dulled of late. This is most evident in the Scot’s defensive statistics — he is averaging just 0.3 tackles per Premier League appearance compared to 1.2 last season. His passing numbers are also down, from 70.5 passes per Premier League game last season to 65.3 this season.

It should be noted that a pre-season injury which sidelined Robertson for Liverpool’s first three games of the campaign hasn’t helped him. What’s more, he started all three of Scotland’s World Cup qualifiers in September when he was only just regaining fitness. Robertson hasn’t had a chance to rest and recover, something that is crucial after an injury.

This is another reason why Robertson should be dropped. A spell out of the first team would allow the left back to recover his mental sharpness which has been lacking in recent matches. As national team captain, Robertson is likely to feature in Scotland’s two World Cup qualifiers next month and so Klopp might have to preempt this in his decision-making before the next international break.

Despite his recent struggles, Robertson’s attacking output has remained remarkably consistent. Last season, he averaged 1.6 crosses per Premier League appearance while this season is averaging 1.7. His key passing average is actually up on last season — 3.0 in 2021/22 compared to just 1.7 in 2020/21.

This, of course, could be down to a number of factors including the return of van Dijk from injury which has liberated Liverpool as an attacking outfit. With the Dutchman providing security at the back, it’s possible Robertson now feels freer to venture forward where he can have an influence on the game in an attacking sense.

There is only so much van Dijk can protect against, though. Liverpool might have the best defensive safety net in the Premier League in the form of the Dutch centre back, but Robertson must do more to ensure nothing gets through that net. Liverpool have conceded more goals than any of their title rivals besides Manchester United and this puts pressure on their attackers to always deliver.

Klopp’s full backs are arguably the most critical players in his Liverpool system. It is Alexander-Arnold and Robertson the Reds look to for creativity with both players pushed forward to get crosses and passes in from advanced positions. If either player suffers a dip in form, there is a knock-on effect that affects the rest of the team — see how Alexander-Arnold’s poor form saw Liverpool struggle at times last season.

It is in Liverpool’s best interests that Robertson finds his groove again, but until such a time Klopp might have to take some measures, one of which could be starting Tsimikas against Porto in the Champions League on Tuesday night. It might even be a good idea for the Greek to start against Manchester City on Sunday — the defending champions boast a lot of quality in wide areas that could exacerbate Robertson’s recent issues. Playing Tsimikas now might be what Robertson needs to get back to his best in the future.