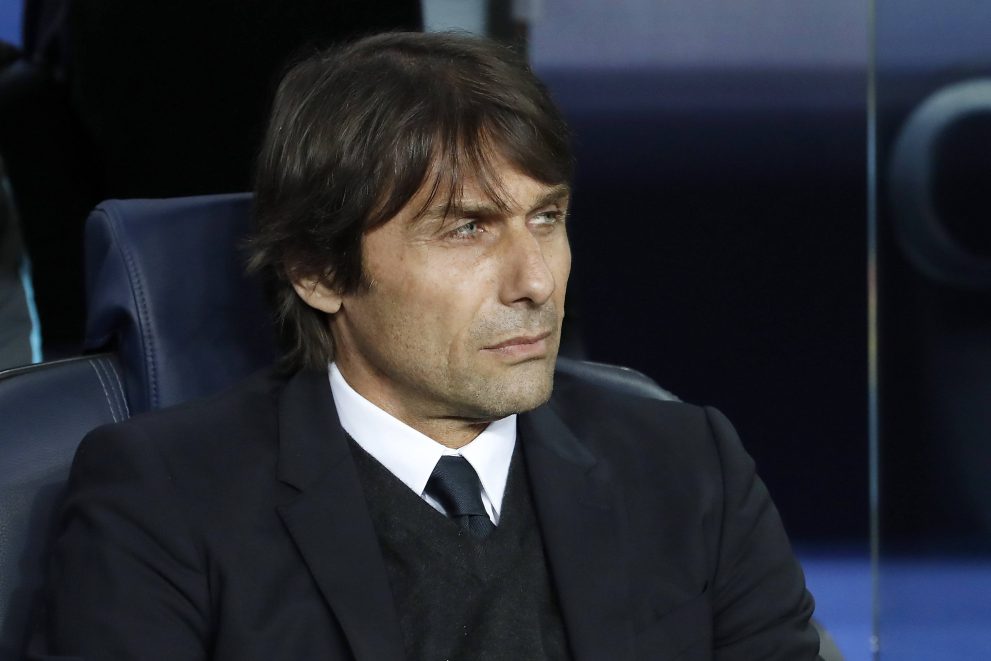 Tottenham Hotspur always saw Antonio Conte as a better option than Nuno Espirito Santo. It was only after the former Chelsea, Inter and Juventus boss knocked back the North London club’s overtures that they turned to Nuno, out of work and available after leaving Wolves at the end of last season. He was the easy option. It was a compromise that led to ideological confusion and ultimately poor results.

Nothing about luring Conte, one of the best managers in the game right now, to Spurs was easy, but Daniel Levy, and perhaps more accurately Fabio Paratici, finally have their man. It’s not clear what assurances the 52-year-old has now received that he didn’t in the summer, but Tottenham have a coach to point them in the right direction again.

Conte will need complete commitment from his new players to succeed at his second Premier League club. Anyone who doesn’t buy into the Italian’s high-octane approach will be cast aside. Conte’s teams don’t press high in the same way Liverpool or Manchester City do, but they play with intensity, nonetheless.

Spurs’ players can expect to have their fitness programmes cranked up. Those who have worked under Conte in the past have spoken about the stamina and strength they needed to carry out the Italian’s instructions, and so Tottenham, whose distance covered numbers are the lowest in the Premier League this season, can expect fundamental change in that regard.

If Conte and Emery are appointed, the Premier League will have seven managers who have won a title in one of the five major European leagues, the winners of five European Cups and six Europa Leagues.

Most expect Conte to shift Tottenham into a 3-5-2 shape. After all, this is the formation that worked for him at his last two clubs, Chelsea and Inter, and there is reason to believe Spurs already have the players to make it work for them too. Much of Spurs’ summer business looked to be about preparing a change to a back three under Nuno that never took place.

Eric Dier, Joe Rodon, Cristian Romero and Davinson Sanchez all offer different qualities as centre backs, giving Conte the chance to find the right balance in defence – although there are already reports that this is the area of the squad Conte wants to strengthen most in January. In Sergio Reguilon and Emerson Royal, Tottenham already have two attack-minded full backs who could be quite easily turned into wing backs.

Under Nuno, a lack of creativity through the centre of the pitch proved to be a critical deficiency. The Portuguese was too cautious in the way he set up his midfield – see the deployment of Pierre-Emile Hjobjerg, Oliver Skipp and Harry Winks for the defeat to Crystal Palace in early September. Conte will establish a central platform, but it won’t be at the cost of creativity and drive.

Nicolo Barella was key to the way Inter managed to maintain their structure while also opening up space for attacks in the final third. The Italian international also pulled the trigger on Inter’s midfield press which set traps for opposition teams and stopped them from playing through Conte’s outfit.

While there are technical differences between Barella and Tanguy Ndombele, the Frenchman could perform a similar role for Conte’s Tottenham. Ndombele thrived in a more advanced position in a 3-2 away win for Spurs at Newcastle United last month when he was extremely effective on both sides of the ball.

In Son Heung-min and Harry Kane, Conte has two forwards who could perform a similar role to the one Romelu Lukaku and Lautaro Martinez performed for Inter under the 52-year-old. Kane and Son already know each others’ game well with one tasked with dropping deep to create space for the other to spin in behind.

Kane in particular could be revitalised by Conte in much the same way Lukaku was upon arriving at Inter from Manchester United. The 28-year-old’s body language has been visibly languid this season after he was denied a transfer to Manchester City in the summer, but Conte will surely look to build his attack around one of the best centre forwards in Europe.

Frequently typecast as a defensive-minded coach, Conte cannot be categorised in such a simplistic way. At Inter, for example, his team were known for their well-executed rotational patterns in possession. At Chelsea, Conte demonstrated a sharp awareness of how to make use of space in attacking transition. Nobody at his last two clubs found his approach boring. Conte is a better all-rounder than many are willing to give him credit for.

In many ways, Conte could be the appointment Tottenham wanted Mourinho to be. Levy was seemingly obsessed with the idea of hiring an elite manager to underline the club’s elite status, but Mourinho, by the time he pitched up in North London, was a shadow of his former self. Conte, on the other hand, is at the peak of his powers. He could turn Spurs into a serious force.

A look back at 𝙩𝙝𝙖𝙩 Antonio Conte interview with Thierry Henry 😂

Would you be happy with the Italian coming in, Spurs fans? 🤝

Some fans will point to Conte’s tendencies in the transfer market with understandable concern. In the Levy era, Tottenham have favoured the signing of young players to give a platform to and sell on for big fees, with Gareth Bale, Luka Modric and Kyle Walker being prime examples of this. Conte, however, favours experience.

In fact, if Conte’s time at Inter had a downside it’s that he left behind an ageing squad. Youngsters like Barella and Achraf Hakimi were brought in, but so too were the likes of Ashley Young, Victor Moses and Alexis Sanchez. Conte builds for the here and now, and that might bring tangible success for Spurs, but they may be forced to sacrifice something in the long-term.

Before appointing Nuno, Levy spoke about Tottenham’s “DNA” as a club and how they lost sight of this following Pochettino’s departure. Although Conte’s teams can play some attractive football, his appointment might not bring a return of high-pressing, free-flowing football. Spurs have made the call that, unlike his predecessors, Antonio Conte is worth compromising for.