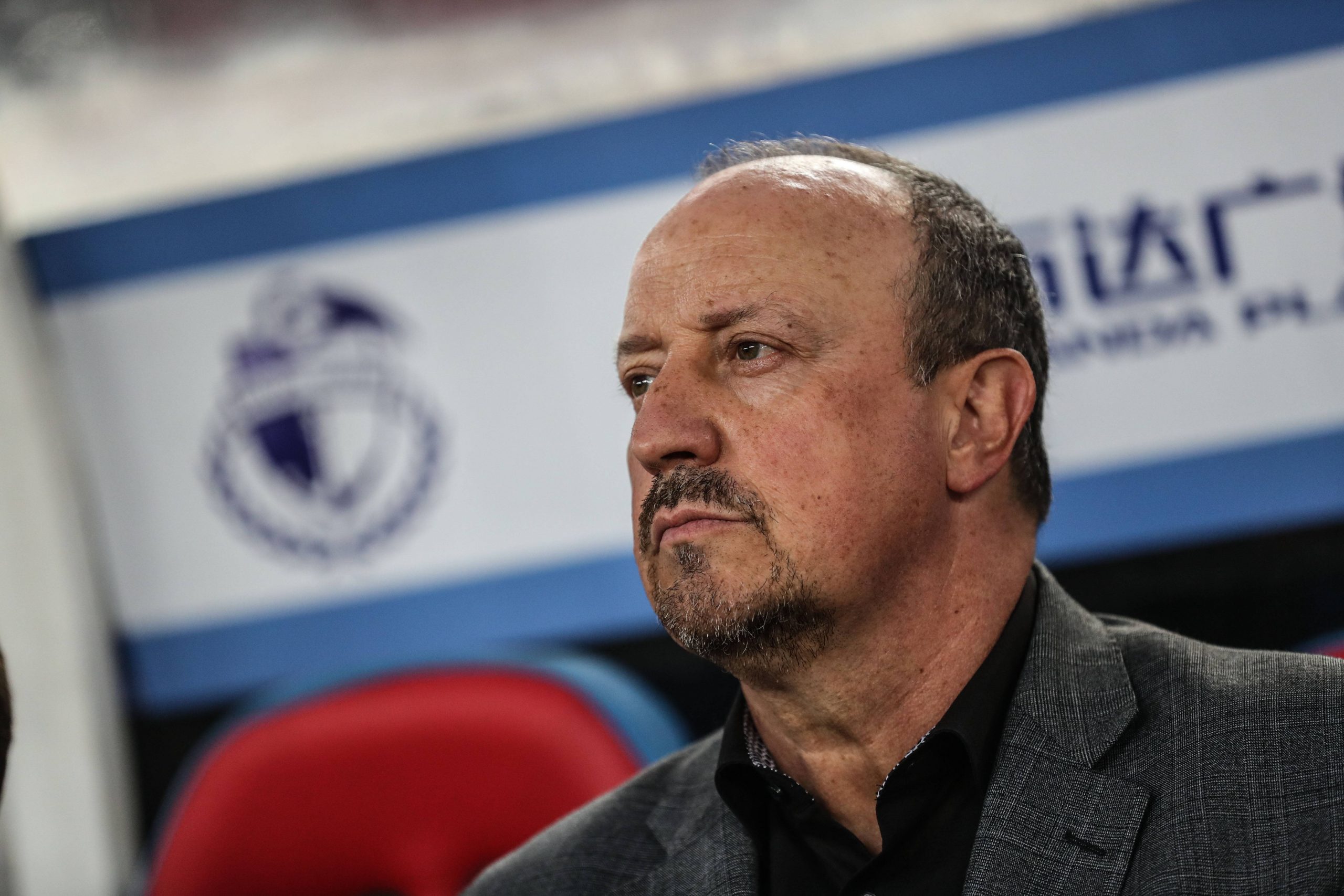 When it emerged that Everton wanted Rafa Benitez to replace the recently departed Carlo Ancelotti in the Goodison Park dugout, fans wasted no time in making their displeasure known.

Banners went up outside the ground, of the kind that left no room for ambiguity. Forums were aflame with genuine anger. Club legend Neville Southall insisted on national radio: “Is he right for Everton? No. Not a chance. He’s Liverpool, the fans won’t have it.” The backlash was fierce, organic, and it really felt like club owner Farhad Moshiri’s three meetings with the Spaniard to that point had all been in vain.

The root of the supporter’s unconditional opposition to the appointment of course lay in Benitez’s Liverpool background, where he had enjoyed six relatively successful years, capped by a famous Champions League triumph in Istanbul. There was also the not-so-trivial issue of the manager once referring to Everton as a ‘small club’ following a contentious derby. Such things matter greatly to a fan base. Such things are very rarely forgiven and never forgotten.

It was hardly a surprise therefore when reports began to circulate in late June that the 61-year-old would no longer be heading back to Merseyside – a place where he still owned a home with family living close-by – only this news turned out to be incorrect. On June 30th, it was officially confirmed that the former Valencia, Inter Milan, Newcastle and, last but absolutely by no means least, Liverpool boss was to take charge of the Toffees. In doing so he became the first gaffer to manage both Merseyside clubs since William Edward Barclay 125 years before.

“I know that the last few weeks have not been an easy time for our supporters so I’d like to thank them for their patience throughout this process,” Moshiri said, oddly pretending that restlessness had been partly behind the public discontent. Benitez meanwhile began an unenviably steep PR offensive, declaring Everton a ‘historic’ and ‘great’ club that was ‘going places’.

"But whatever anyone might feel about the rights and wrongs of the appointment, what cannot be denied is the enormous contribution he and his family have made to the people of Merseyside."

The reaction of the Goodison faithful to the appointment was intriguing, it being a sort of grim acceptance to a fate they didn’t remotely like but had no control over. Comments made across social media can be paraphrased thusly: It’s happened now and there is nothing more we can do about it, so let’s try to make the most of a bad situation. Optimists among the disheartened collective meanwhile highlighted examples of Liverpool fans who had tattoos of Benitez after their European glory. Should Everton win silverware oh what fun could be had?

Even so, an acceptance of fate is very different to a manager being accepted and the appointment still rankled for the vast majority. Which makes it even more commendable that on taking the pitch ahead of Everton’s opening fixture with Southampton, Benitez was greeted to warm applause as the Gwladys Street and beyond made it clear their incoming boss would at least be given a chance. His cause was helped significantly ninety minutes later, as his new team came back from a goal deficit at the break to win, the first time they had managed this since 2015.

There are reasons for this swift softening of an initial hard-line stance that extends past the inherent magnanimity of Evertonians. During the summer transfer window, Benitez has been furnished with scant funds, a contrast to the sizable war-chests gifted to his various predecessors. It’s also relevant that Ancelotti’s departure felt like a betrayal of trust and that hurt too. The Italian evidently and ultimately believed Everton to be beneath him. Benitez, a coach of similar standing, did not.

Yet still, Everton supporters are deserving of genuine credit for how they have overall handled this awkward and distressing situation and this is especially true when previous unpopular appointments in the Premier League are considered. Back in 2011, Alex McLeish was unveiled at Aston Villa a mere week after leaving arch-rivals and neighbours Birmingham City. McLeish was all but run out of town, with the immense animosity only heightening throughout his ten-month tenure. A decade earlier, George Graham similarly crossed the Rubicon when the Arsenal legend took the managerial reins at Spurs. Even once the early furore died down the Tottenham supporters still sang, ‘Man in a raincoat’s blue and white army’, refusing to acknowledge his existence.

By way of contrast, as Everton defeated Huddersfield Town in Yorkshire last week in the EFL Cup, days after impressing at Leeds, a section of the travelling army broke out a chant. ‘Rafa is our gaffer’ could be heard, crisp and loud, as Benitez applauded their support, a broad grin upon his face.

Rafa Benitez's Everton appointment split opinion but some believe he could be the man to change Everton's fortunes this season #efc https://t.co/piFAMO1cmj

Lifelong Blue and match-goer Andy Smith was one such fan who originally bristled at the prospect of a man so associated with Liverpool taking the helm at Goodison.

“I think the majority were against the appointment, but they are slowly warming to him. Seeing a manager at the training ground from dusk till dawn and constantly talking to the players during the 90 minutes of the game is something very pleasing to see.

Getting good quality service continually into the box like we did in the second half versus Southampton is a style that Evertonians love and it’s very early days of course but if Benitez is successful, Everton are successful and the majority of us are happy to buy into that.”

Andy additionally points out that the football under Ancelotti had become ‘dull and robotic’ towards the end so an antidote to that, regardless of who orchestrates it, will always be welcomed.

“I have been in Liverpool for so many years and I know what the Scousers are looking for,” Benitez said this week, buoyed by the thawing to his arrival. “They look for character, commitment, desire and passion – and they can see these things in the games we have played this season. They are the basics you need.”

That PR offensive suddenly looks less of an incline and with every passing performance, the most unlikely of relationships is slowly and cautiously being forged.