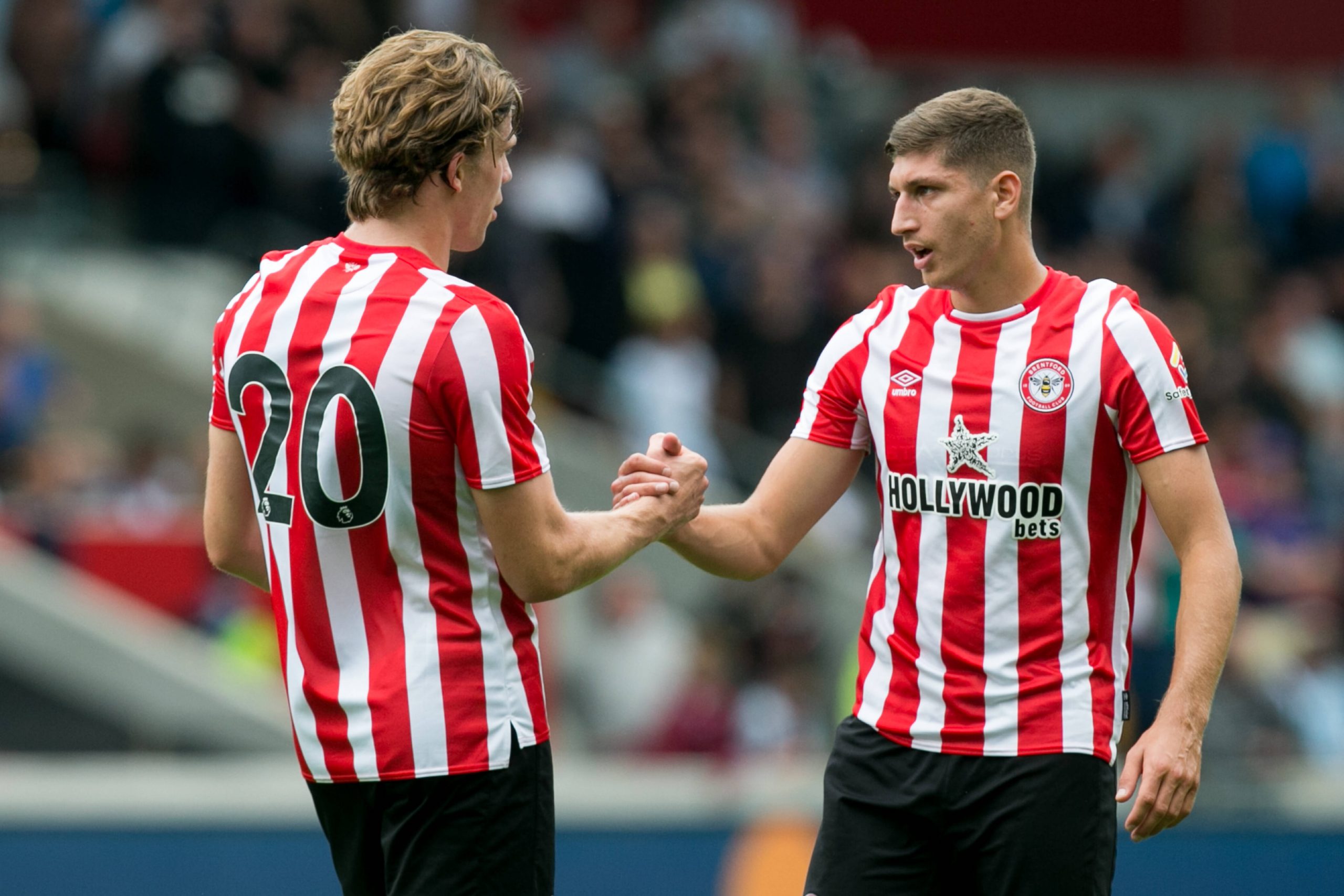 This is by no means the first time a newly-promoted club, fresh-faced and fearless,  has flown out of the blocks. Momentum is a vital component in sport and there is a longstanding trend in the Premier League for a well-coached team with new ideas to catch everyone by surprise, continuing the stylish football of their promotion campaign to early success in the top flight.

Often these sides are a flash in the pan, vulnerable to a psychological dip once the initial naive confidence has worn off and opponents begin to work out how to nullify them. But what Brentford are doing feels different to what the likes of Sheffield United brought to the Premier League. Thomas Frank is overseeing a team that coach with meticulous detail, with a focus on analytics that provides a considerably stronger foundation than even their current form suggests.

In fact, like Swansea City before them, Brentford are likely to find that getting out of the Championship was far harder than staying in the Premier League, a division more accommodating of their aesthetic; less brutal than the football of the gruelling 46-game season in the second tier. With 12 points from their first seven games, Brentford are already almost certain to avoid the drop. From here, there is a very good chance they will become a mainstay in the Premier League.

There is a structure in place from top to bottom, in both recruitment and tactical analysis, to suggest Brentford will be around for a long time. But for now, it is worth taking a look at exactly what they are doing under Frank in 2021/22 and the misconceptions about this team. This is a more pragmatic and direct side than many realise.

🐝 @BrentfordFC are unbeaten in their 4️⃣ away #PL matches this season (W2, D2)

The Bees are the first newly-promoted side to do in their debut season since Hull in 2008/09 🔴⚪#WHUBRE pic.twitter.com/kaC7L1CmdC

Brentford have drawn comparisons with Leeds United, which is bizarre considering they are so different tactically. Frank’s side are joint-bottom in the division for average possession with 41%, alongside Burnley, and even Sean Dyche’s team don’t have as low a score as Brentford’s 12.1 passes per minute of possession (per WyScout).

In all sorts of attacking metrics Brentford rank surprisingly low, from crosses (third fewest, 7.8 per game) to dribbles (third fewest, 7.1 per game), to touches in the opposition penalty area (fewest, 96 total), and while some of this merely reflects their overall lack of time on the ball it is telling. Frank does not go for the heavy positional rotation and intricate passing triangles of Leeds or even Sheffield United.

Instead, a lot of their football is played in longer balls forward. They rank second in the league for ‘high passes’, measuring passes that peak at chest height or above, with 733 in total so far, per FBRef, and are second in the table for aerial duels (19.6 per game). In short, this is a fairly direct team that plays with urgency, getting the ball forward quickly to their front two and wing-backs.

The reason they are often mischaracterised is because they are aggressive and expansive in their risky attacking football, and we are used to seeing this kind of attitude paired with short passing and recycling possession for an extended period. Anyone who watched their 2-0 win against Arsenal or 3-3 draw with Liverpool will know how daring — and entertaining — Frank’s football can be, something which shows itself more in what Brentford do without the ball as opposed to with it.

Brentford are a hard-pressing and confrontational team, engaging sharply in the tackle once the opponent enters the middle third of the pitch. They are the second most frequent tacklers in the division (141) and third best interceptors (348), which are very reliable indicators of both defensive organisation and assertiveness.

Put together, this paints a picture of a team that likes to win the ball relatively high, stamp their authority on a game, and use this to play a pragmatic and direct style of football of longer passes; a close proximity to the Jurgen Klopp teams of old, which cared little for recycling possession and looked to exploit the space in the transition.

On an individual level, it’s all about getting the wing-backs into dangerous areas and making the most of an outstanding centre-forward partnership.

Ivan Toney and Bryan Mbeumo are superb together, the former in particular magnificent in the air, with his back to goal, and as the chief creator in the team. He is the regular recipient of Brentford’s more direct passes, and more often than not he is able to spot a clever forward pass through the lines to his strike partner — or lay it off to the other star of the season so far, central midfielder Vitaly Janelt. The 23-year-old is a creative midfield engine; he and Toney are creating 3.1 chances per game for their team-mates.

Elsewhere, Nico Henry and Sergi Canos have made brilliant starts, their overlapping runs crucial when the second balls drop in midfield. Nobody benefits more from the dominance of Mbeumo and Toney than these two, ghosting into space after a long ball is controlled or flicked on by the forwards. Together with Janelt it forms a front five spread across the width of the pitch during transitional moments when Brentford are bearing down on goal.

Intricate set-pieces, led by tactical statistician Bernardo Cueva, have also played a big role in Brentford’s early success. There always seems to be an unusual routine in the offing, and it has already led to four set-piece goals this season — 40% of their total. Again, this is an analytics-motivated way of playing highly pragmatic football.

Tactically and technically, in the dugout and on the pitch, Brentford are clearly well-equipped to continue their strong start to the season. But just as important to the cause is that mentality; the mindset that ensures they fear nobody and enter every game confident of asserting their dominance. Not many managers would have made such attacking substitutions against Liverpool, for example, and as an indirect consequence few teams have the resolve to win late on like Brentford do.

Last weekend’s 93rd minute winner at West Ham was testament to all the hard work done at the club both tactically and psychologically. Brentford are unlikely to slow down. A top-ten finish is definitely on the cards.