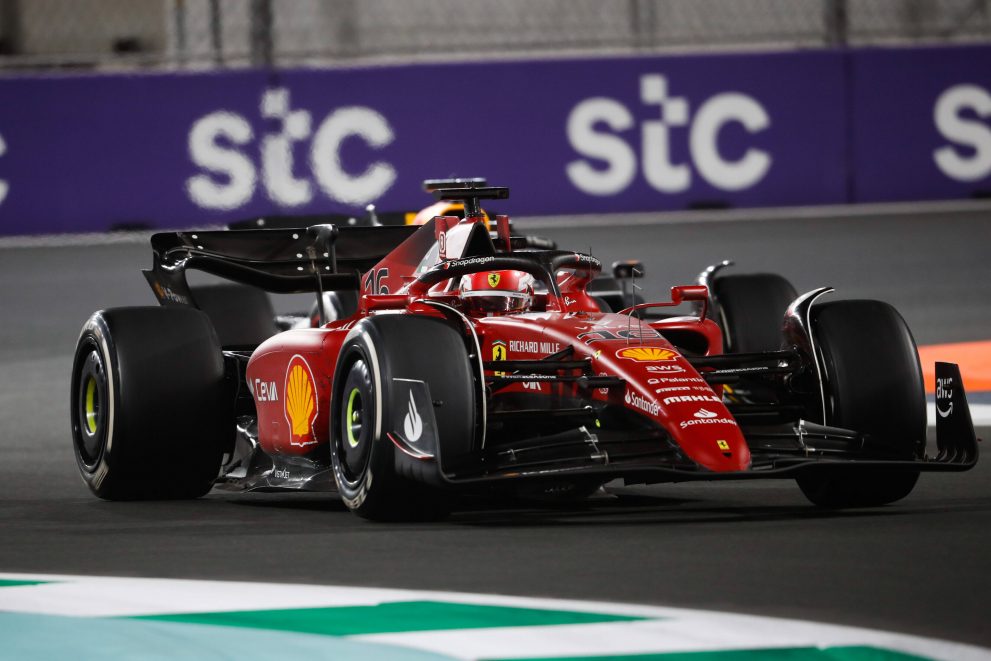 It’s now clear that Ferrari are a force to be reckoned with in 2022. There had been suspicions that this would be the case after the Scuderia held back upgrades in each of the last two seasons to instead focus on the new regulations introduced in Formula 1 this year. Their competitiveness at the front of the pack in the first two races of the new season have confirmed this theory.

A one-two finish in Bahrain was a statement of intent by Ferrari. While they were unable to make it two straight wins in Saudi Arabia, where Max Verstappen saw the first chequered flag of his title defence, Charles Leclerc and Carlos Sainz still finished on the podium. Ferrari are very much the team to beat heading to Australia.

This weekend will be the first time since 2019 that F1 has rolled into Melbourne and the Australian crowd can look forward to some enthralling wheel-to-wheel action if the first two races of the season are anything to go by. The recent duels between Leclerc and Verstappen in particular have caught the eye and promise an entertaining contest.

F1 will also be satisfied with the early impact of its new rule changes designed to produce more overtaking. The 2022 cars look more capable of following with drivers using different race strategies. Leclerc already seems to have mastered the art of following in the 2022 cars while Verstappen has been too eager to pass more than once.

“It is definitely a step in the right direction and I love it. I think for racing, it is great,” Leclerc said regarding the new regulations and cars. “When Max overtook me at first I thought my race was not over, I never give up but I thought at this point it would be very difficult for me to stay behind and I was very surprised that I could actually stay there. It was nice.”

Lewis Hamilton and Mercedes, however, aren’t enjoying the new regulations quite as much. Indeed, the seven-times world champion has struggled in the first two races of 2022. After salvaging a podium finish in Bahrain, Hamilton was only able to cross the line in 10th in Jeddah, out-performed by his new teammate George Russell who finished in P5.

It was initially reported that Mercedes could arrive in Melbourne with an upgraded package, but that has since been ruled out by the German constructor, further complicating Hamilton’s hunt for an eighth title. “We’re still really down on speed. It’s not just one fix, it’s several things,” said Hamilton after his P10 finish in Saudi Arabia.

F1 returns to Australia this weekend! 🇦🇺 Are you excited? 💬

Verstappen already has a victory under his belt, but the Dutchman had to push the limits to pass Leclerc to win in Saudi Arabia. Red Bull are still working out the capabilities of their new Powertrain-powered car after both Verstappen and Sergio Perez suffered reliability issues in the final few laps of the Bahrain Grand Prix. Nonetheless, they certainly have the straight-line speed to be competitive.

Last season’s bottom team in the constructors championship, Haas, have been the surprise package of 2022 so far. Ferrari aren’t the only team to benefit from their new engine, with Haas already collecting 12 points from two races – for context, they failed to register a single point in 2021. Kevin Magnussen in particular is justifying his surprise return to the sport, finishing fifth and ninth.

Daniel Ricciardo needs a strong showing on home soil to get his season up and running. The Australian driver has suffered a nightmare start to 2022, finishing a lowly 14th in Bahrain and registering a DNF in Saudi Arabia. This comes after Ricciardo tested positive for Covid-19 during testing, robbing him of some valuable preparation time with a challenging McLaren MCL36 car.

“I think mentally to remain, let’s say, calm and chill and level-headed and sensible, you need to realise that we’re not looking for three or four tenths. It’s over a second if we want to fight the wins,” admitted Ricciardo when asked to explain McLaren’s struggles. “So I doubt it’s going to come overnight. We have to just be patient.”

Daniel Ricciardo is ready to prove the haters wrong 😤 pic.twitter.com/tPw9u492nh

Fernando Alonso and Esteban Ocon’s duel was one of the highlights of the Saudi Arabia Grand Prix with Alpine’s revised power units helping them take great strides forward. “As soon as I had the DRS open I could pass, I could overtake easily the Aston of Nico [Hulkenberg], Lando in the McLaren,” Ocon said afterwards.

Alfa Romeo have also demonstrated some strong early season pace even if they have been outshone by fellow Ferrari-powered underdogs Haas. Valtteri Bottas finished PG in Bahrain, while newbie Zhou Guanyu also picked up a point in the first race of the season and finished P11 at the Saudi Arabia Grand Prix.

Sebastian Vettel will take to the grid for the first time this season at the Australian Grand Prix after the four-times world champion missed Bahrain and Saudi Arabia due to Covid-19. Aston Martin need Vettel to turn around their fortunes as one of only two teams not to have scored a single point in 2022.

Teams and drivers certainly know more about F1’s new regulations now than they did before the start of the season, but there remains an element of unpredictability about the sport right now. The new rules have undoubtedly shaken things up with a new order starting to emerge at the head of the pack.

Some teams, like Ferrari and Haas, have benefited, while others, like Mercedes and McLaren, are facing the reality of a season-long slog unless they can make some quick improvements. After a two week break, this weekend will give us an indication of whether a course correction is coming or not.