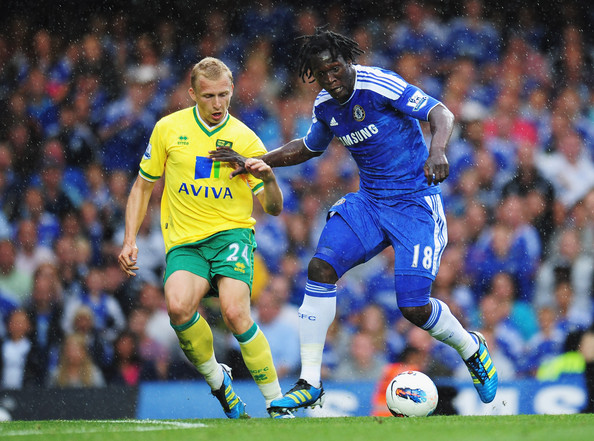 Chelsea are a club known for their impatience. It is not necessarily a criticism to say that; effectively, Roman Abramovich has built a club to succeed in the modern age. Society is all about instant gratification, and so football becomes that too.

Everybody wants to follow the Manchester United and Sir Alex Ferguson model of longevity, but Abramovich’s cut-throat and ruthless approach has yielded five Premier League titles, five FA Cups, three League Cups, two Champions Leagues and one Europa League. Who is to stay he isn’t right?

Perhaps the debate needs to be shifted; right now, giving managers time is seen as positive because it allows them to build a culture at their club, while chopping and changing is a negative, often spoken of in terms of leading to detrimental instability. Every debate needs nuance, and this sort of thing is not exclusive; some managers outstay their welcome and need to be moved on because they are contributing to a defeatist or unhealthy culture, while it could be argued Chelsea’s approach works because they don’t allow things to turn stale. Whichever way you look at it, things are seldom so simple.

But the constant change in West London doesn’t just apply to managers; it can also impact players. Romelu Lukaku has rejoined Chelsea for a club-record fee from Internazionale this week, 10 years after his first arrival from Anderlecht as a teenager with a bright future.

Chelsea fans got their first glimpse of Romelu Lukaku during an open training session today at Stamford Bridge 🏟 pic.twitter.com/pJ91W8r30u

The expectation surrounding him now is completely different. Before, he was there to learn, but now Chelsea and Abramovich will demand he lead them to the Premier League title immediately. He has previous; just last season, his 24 goals were a crucial factor in Antonio Conte’s Inter winning a first Serie A title since 2010. That is his benchmark.

But his first spell at Chelsea is a curious case. What exactly did they hope to get out of it? He spent his second season on loan at West Bromwich Albion before going to Everton, first temporarily and then permanently. It is a well-trodden path for players who are on the fringes of Chelsea’s first team, and their playing roster continues to be oversaturated with loan players even now.

After proving himself on loan twice, with 32 Premier League goals scored across successive seasons, having never scored one for Chelsea, the time for him to kick on at Stamford Bridge was in 2014. Yet they cashed in on him for £28m without affording him a chance. He was incredibly ambitious and wanted to be the main striker, but a buyback option in his contract at Everton would have shown the long-term thinking required to make his signing worthwhile. All the evidence suggested he would make ideal competition for Diego Costa at the time, and one day even replace him, but instead, he left and Everton were able to develop him free from the shackles of any clause.

By the time they sold him in 2017, Conte wanted him back at Chelsea, which was clear evidence of their lack of forethought. To magnify an already incredibly ironic situation, he ended up signing for Manchester United under Jose Mourinho, the man who had sold him in the first place.

“I’m happy and blessed to be back at this wonderful club,” Lukaku told Chelsea’s official website after he was unveiled. “It’s been a long journey for me: I came here as a kid who had a lot to learn, now I’m coming back with a lot of experience and more mature.

“The relationship I have with this club means so much to me, as you know. I have supported Chelsea as a kid and now to be back and try to help them win more titles is an amazing feeling.

“The way the club is going fits my ambitions perfectly at 28 and just coming off winning Serie A. I think this opportunity comes at the right time and hopefully we can have a lot of success together.

“Since I left Chelsea, it’s been a long journey with a lot of ups and downs, but these experiences made me strong and the challenge is to try to help the team win some more trophies. I can’t wait to get started and to help the club achieve more success.”

This is so wholesome. Romelu Lukaku on a Stamford Bridge stadium tour in 2010. pic.twitter.com/BQRzw6DcBP

In Lukaku’s own words, he has summed up and vindicated Chelsea’s approach to transfers generally. When he talks about maturing and gaining experience elsewhere, it is clear that he needed that to unlock a return to the club he so desperately wanted to join as a teenager. Through Frank Lampard’s tenure, contextualised by a transfer ban stopping them from flaunting their ginormous wealth in his first season, and Thomas Tuchel’s continuation of that, Chelsea have begun to embrace youth more than ever under Abramovich. But goals are something they’ve always looked to pay for, with an instant return.

Andriy Shevchenko, Fernando Torres, Alvaro Morata and Lukaku’s new teammate Timo Werner are proof that hasn’t always worked. In fact, it could be argued it hasn’t more than it has.

But Lukaku is a known quantity for Chelsea. He has turned into the player they assumed he would when they bought him from Anderlecht. From their perspective, they are not so much righting a wrong of letting him go earlier in his career, but rather acting on bringing a player they rate in at his optimum level. It is another example of how they are going against favoured the idea of giving time for development and proving their success.

Crucially, there is a difference; Chelsea rarely looked to rehire managers they sack as part of their merry-go-round, but it seems they always had Lukaku in mind. Considering that, it is clear that smarter thinking could have kept him at the club or brought him back sooner and cheaper.