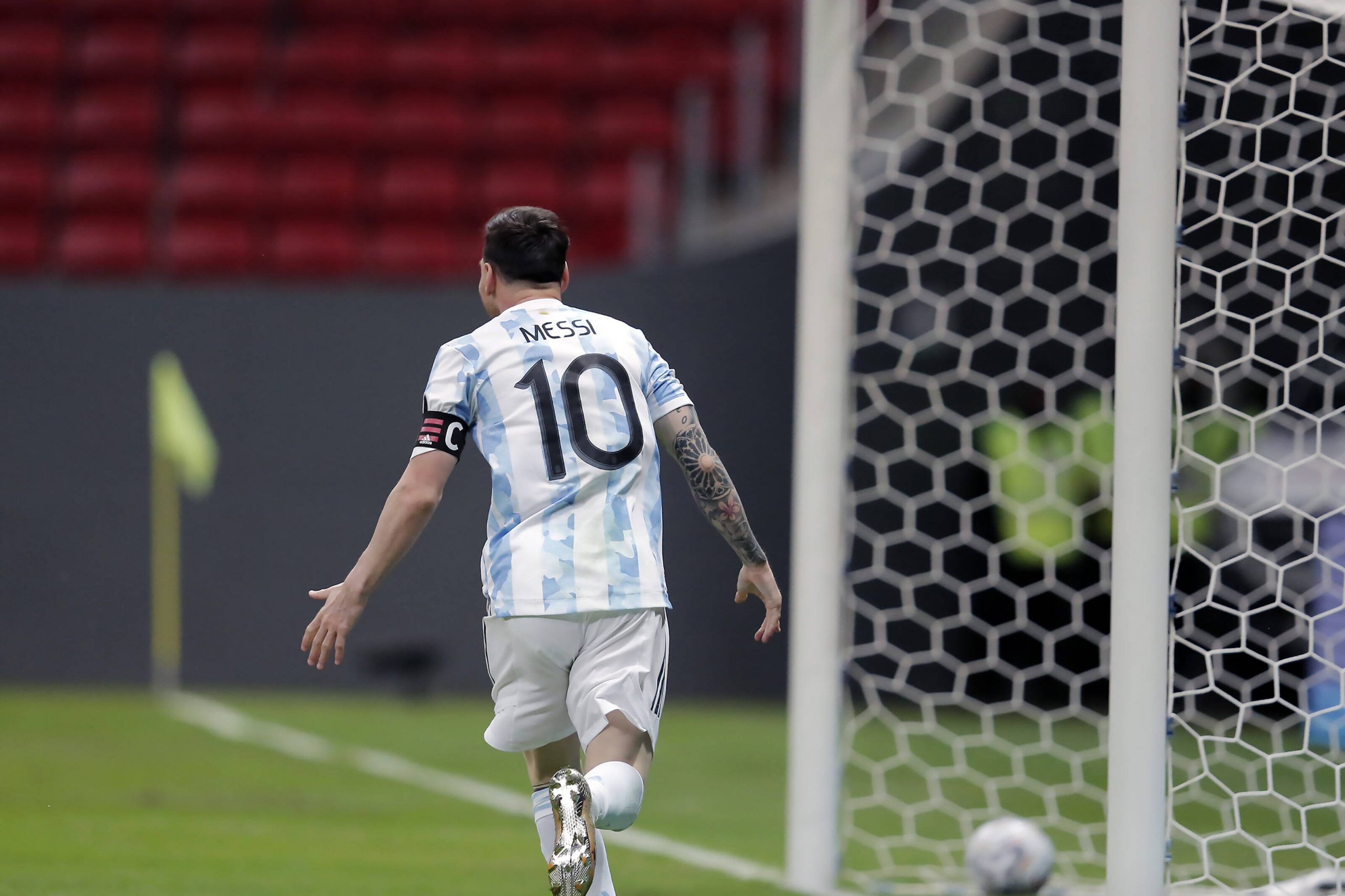 The star of the show at the Estadio do Maracana in Rio de Janeiro this Saturday evening will be the historical rivalry between Brazil and Argentina, a meeting of South American behemoths that never fails to delight and intrigue a watching world.

In their previous 111 encounters, it is the Seleção who boast the most victories with 46 though the Albiceleste follow close behind. Of more relevance, however, is the recent Copa America hex that Brazil hold over their counterparts, remaining unbeaten against them in this tournament for 28 years. This is the third Copa America final in the 21st century to feature these illustrious footballing nations. Brazil prevailed via penalties in 2004 before comfortably running out 3-0 winners three years later.

Can a change in fortunes be anticipated in their latest duel, with the 47th edition of the Copa America set to conclude at the weekend, aired at 1 am UK time? Certainly, there is little to separate the teams regarding recent form that is imperious for both. Brazil last experienced defeat in November 2019. Argentina can better that by four months.

Even so, results only reveal so much and to the naked eye, it is Tite’s green and yellow creation that impresses the most of late. At the back, they are well-drilled and parsimonious, marshalled superbly by the veteran Thiago Silva. It is telling that they have conceded only twice in their last ten fixtures.

In attack, they offer a multifarious threat and though Neymar is an obvious stand-out talent, ten different players are responsible for Brazil’s 12 goals at the tournament to date. On Saturday, Gabriel Jesus sits out, suspended after his moment of madness in the semi-final but in Lucas Paqueta they possess an able deputy. The Lyon star has scored the winner in both knockout matches to reach the final.

An eventful start to the second half for Brazil 😬 pic.twitter.com/C55NmKaCcO

Brazil have also recently accrued a welcome habit of scoring late goals with 34.7% of their strikes since last autumn converted in the final ten minutes of games. The draw/Brazil option in the half time/full time market is priced at 15/4.

Yet Argentina of course possess Lionel Messi. A player of such transcendent ability can always compensate for any shortfall his team might have via a deceiving dip of his shoulder and a trademark, devilish run. It may have been pointed out once or twice before that arguably the finest natural talent this world has ever produced has yet to win anything of note with his country and at the ripened age of 34 – and after returning to the international scene from a brief retirement – Messi is clearly desperate to put that right with time running out.

At the tournament, hosted entirely by Brazil and regrettably with no fans there to witness his magic due to COVID-19 restrictions, the little maestro has conjured up four goals in six games, assisting five times for good measure. Argentina’s number 10 is 7/5 to score anytime here, though perhaps the better value lies with his forward partner Lautaro Martinez who has bagged three in three. The Inter ace can be backed at 3/1.

Brazil versus Argentina and their historic backstory may be the star of the show this weekend, but it is entirely reasonable to assume that Messi will take centre stage.

Journalist and author Harry De Cosemo agrees though he suspects Argentina’s drawn-out quest for a record-equaling 15th Copa triumph may continue for a little while yet.

“It is now or never for Messi and Argentina, though I think we’ve all said that before. He’s been there for his country when they’ve needed him most, busting some myths about him which have led to some really nasty criticism over the years. He has nothing to prove, and yet lifting international silverware will put a few people in their place.

With Brazil on the other side, and Neymar also looking for a first title with his country, this game is brimming with narrative. Both sides have asserted their dominance without being spectacular so far but Brazil’s home advantage, as if it matters, and greater balance will give them an edge.”

A key factor that could ultimately make that edge count is Argentina’s lack of a consummate nullifier in the vein of Casemiro who has been excellent for Brazil so far, sitting at the base of their midfield. The Real Madrid star will be entrusted with the unenviable task of tracking Messi’s free movement while Neymar will be relishing the prospect of taking on a relatively exposed Argentine rearguard. More so, it is a defence that has only been breached once in the tournament yet retains an air of vulnerability to it.

Neymar incidentally, has spoken this week about his former Barcelona team-mate Messi and a fixture that doesn’t allow for cross-country comradeship: “Our friendship is on the line. The respect between us is still great but only one can win.”

The mention of Casemiro meanwhile naturally turns attention to disciplinary matters. How can it not, considering the number of bookings the midfielder picks up during the course of his duties? It is pertinent that the 29-year-old was sent off last October in an El Clásico tussle that featured Messi. Plus, this prestigious fixture has seen an average of 6.5 cards dished out per game going all the way back to 2001. A bad-tempered affair, with a costly dismissal, might ultimately be Argentina’s best chance of success. 3/1 is available for a red card to be brandished.

If not, a fifth consecutive final loss awaits the Albiceleste and for Messi, a lifetime spent surrounded by an abundance of silverware. But always wondering what failed to click every time he put on the famous blue and white of his national jersey.