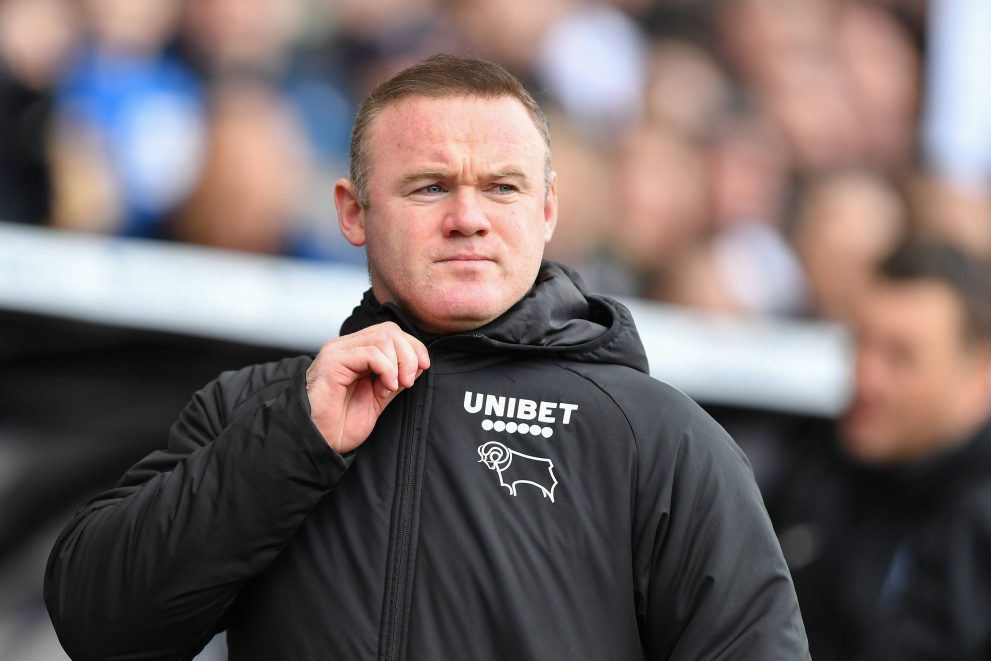 An hour before talking to Compare.Bet, Ryan Hills, author of Pride: The Inside Story of Derby County in the 21st Century, took a Covid test. He was heading to Pride Park for Sunday’s Championship clash with Birmingham City from Germany and was desperate not to miss the match.

It ended in a stunning comeback for the Rams, snatching a 2-2 draw from the jaws of defeat. At the time, however, Hills thought it could have meant so much more.

“I’m not missing this game,” he said. “It could be the last football match Derby ever play.”

At the time of the interview, proof that Derby could afford to see out the season had been required by the EFL. An extension by a month has simply kicked the problem down the road, but every little piece of respite is worth savouring. There is no getting away from it, one of the biggest clubs in English football, first division champions twice in their history, are facing financial ruin. After a 21-point deduction for going into administration and breaching English Football League rules, relegation has seemed inevitable all season. But as Hills alluded to, it could be much worse.

The way the club, the players, and every single supporter pulled together today was incredibly special 🖤

The emotion and atmosphere at the march, then at the game afterwards is something I'll never ever forget.

They only just avoided the drop on the last day of last season. The decline has been exponential and very quick.

“It has been horrible for years,” Hills sighs. “Since we lost the playoff final in 2019 (to Aston Villa), it has just been grim moment after grim moment after grim moment. Last season was horrible and staying up in the way we did was the best of a terrible situation. Nobody could see what was to come this season; we knew we’d have points deducted and we knew we didn’t have a great squad but at least we had an owner who was a Derby fan, somebody from the area who had the club’s best interests at heart. And then he didn’t.”

Mel Morris, now the former owner of Derby, is the man chiefly responsible for this dire situation. After taking full control of the club in 2015, he made it his aim to see the club return to the Premier League and attempted to bankroll his dream. The likes of Frank Lampard and Philip Cocu were brought in as managers, while Mason Mount and Fikayo Tomori came in on loan in 2018/19, under the former. There was no long term planning because Morris expected promotion, breaking financial rules to make it happen. When it didn’t, he abandoned the club, leaving them with £60m worth of debt and legal cases to fight with other clubs, namely Middlesbrough and Wycombe Wanderers.

Derby is a city that needs football, like most in England, and the impact of losing the club would be catastrophic, as Hills makes patently clear.

“The city and football club are intertwined, but there isn’t much going on in Derby as a whole. It is a forgotten city in middle England; Nottingham is next door and it gets more attention, Leicester, in the footballing world, gets more attention. In Derby, everything is football; you’ll not be able to go five minutes without seeing a statue or something. Losing the club will kill the city; it is at the heart of the community. There is no other sport in the city; I don’t think I’d be able to set foot in a football stadium again, myself and a lot of people would lose any love of football.”

From 2-0 down, Derby County equalise in the 96th minute thanks to an overhead kick from Bielik, who injures himself in the process! 🤕🐏 pic.twitter.com/lS6y7k9izy

Results no longer matter, despite Wayne Rooney, ironically signed as a player as Morris’ last great vanity project, taking over as manager and rallying the side. He has created a siege mentality, giving hope to the supporters, over 32,000 of whom attended the Birmingham game. If they manage to avoid liquidation, there is a fighting chance of staying in the Championship, an achievement that would be one of the greatest football escapes. Rooney is focused on that project, rejecting the advances of his boyhood club, Everton, last week. This is despite losing players at Derby with no say in how to raise money for the club. Hills has been surprised by his commitment.

“It isn’t about football anymore. It is just about whether there will actually be a club to support. Rooney is the one thing that has held the club together to be honest. What he has done to unite the fanbase and get the players performing well above their standards has been incredible; anybody else would have left a lot sooner, especially someone like him. He could walk into most Football League jobs now, but he has held out. It says a lot about his personality that he has stayed and become the focal point for this club because I didn’t have him down as one who would, to be honest.”

🗣️ "If we stay in this division, it will be one of the greatest achievements in football."

Wayne Rooney says it would be the best achievement of his career if Derby County stay up in the Championship this season. pic.twitter.com/nB8eSPZ3yu

So what next? There are potential bids on the table, one from former Newcastle United owner Mike Ashley, while the #SaveDerby campaign is in full swing. But with every passing day, uncertainty grows, and the threat that one of the country’s most historic clubs will cease becomes very real.

“If you said to me, you can have your club as it is now, in the National League, I would take it,” Hills insists. “People think this is about relegation or still getting promotion. It isn’t. Iit is about making sure the club survives. There would be some kind of rebirth, a new club like Derby City or AFC Derby, but it wouldn’t be the same. You’d play in front of a man and his dog; it isn’t the same club and you’d lose everything. It would be the worst thing you could possibly imagine.”

Derby County used to be an institution and the force behind a city; current evidence proves it still is. But for how long? There are lessons to be learned here, but financial issues are waiting for half of the Championship, who can only dream of Premier League riches. Bury are the most recent example of how bad it can get, and it looks as though nothing has been heeded.

The worst thing is, it isn’t about the business or the results, the balance sheets and the wages. It is about the people; the innocent bystanders who gave the most, and seem set to lose the most now, too.