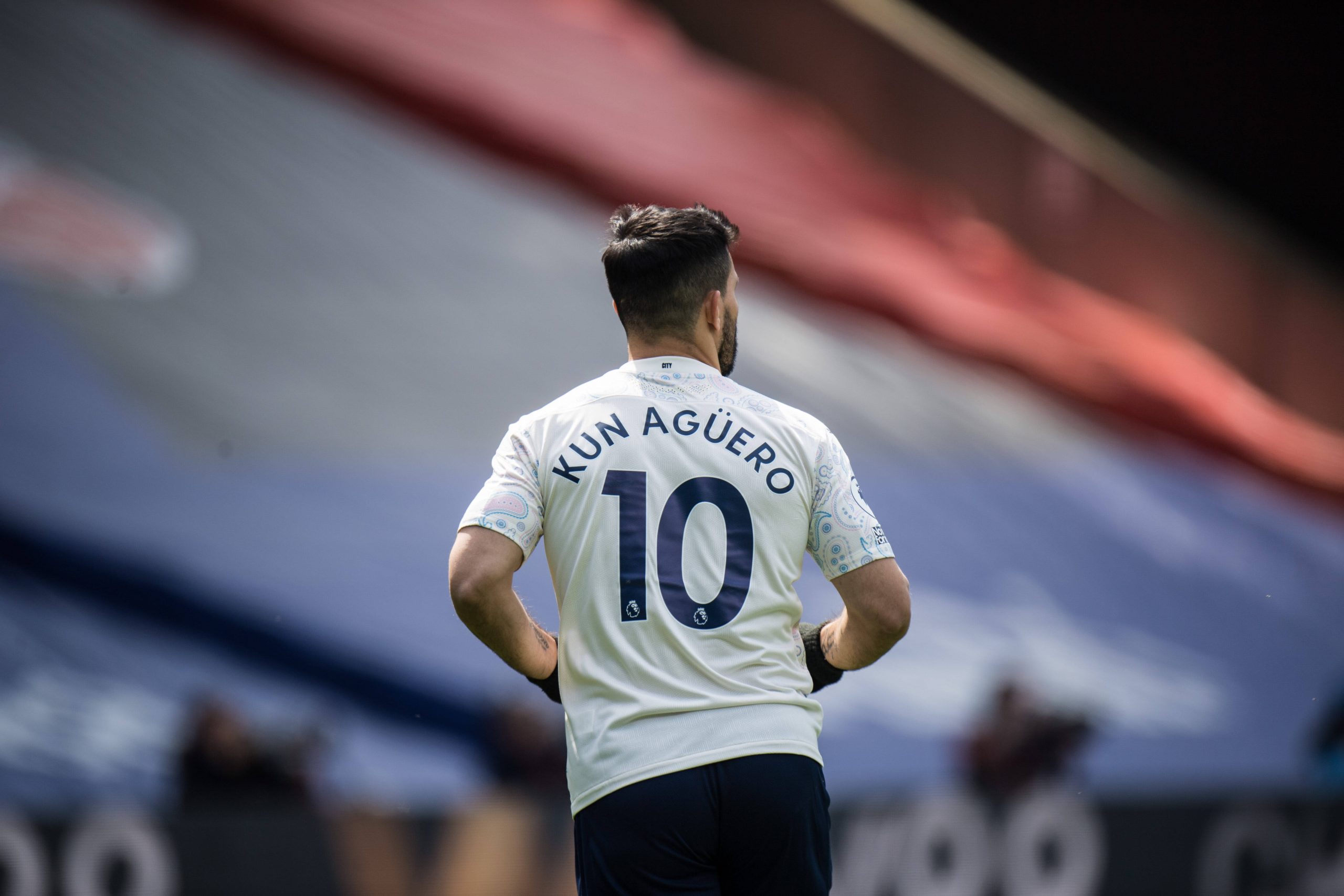 Football has not yet conceived a team so great that it would not greatly miss the services of Sergio Agüero.

Even Manchester City, a side that won the Premier League at a canter last season, despite their prized Argentine being unavailable for the most part, now have a significant hole to fill in an otherwise formidable squad with the 33-year-old having departed for Barcelona, his contract expired.

“We cannot replace him. We cannot,” Pep Guardiola said moments after Agüero signed off from a decade of scoring goals in sky blue with a farewell brace against Everton in May. The emotion of the day reduced the Catalan to tears as he said this.
The forward’s impact on the club is incomparable. In the summer of 2011, when Agüero arrived in England after several seasons terrorizing La Liga defences, he was already widely considered a master of his trade; feared and admired in equal measure for his startling ability to transform any game from a half-chance. On his debut against Swansea, he came off the bench to score twice and furthermore assist in acrobatic fashion and this was the start of an explosive ten seasons that broke all manner of records. These range from the most goals ever scored in a Manchester City jersey to the best goals-per-minute ratio in the Premier League era.

Such remarkable and sustained prolificacy meant that in all but his final season he scored 20-plus goals in the league alone. As much as the figures astonish, they pale to what so many of these individual moments have meant to a club in ascendance. After all, that unforgettable last-gasp strike that defeated QPR in 2012 was in purely numerical terms a singular goal; one of 256. In real terms it was priceless.

Time after time, City have turned to their arch-poacher to finish off a period of possession or get them out of trouble so of course, they will miss him dreadfully now that he’s gone – Guardiola was not resorting to hyperbole when he claimed Agüero was irreplaceable. Or, more accurately, it was not quite hyperbole.

In recent months, the league champions have committed themselves to the drawn-out and extremely costly process of ultimately securing another rare beast who can be relied upon in any circumstance to come up with the goods. Erling Haaland and Kylian Mbappé have appeared in dispatches though only speculatively. Links to Harry Kane however, are by all accounts more concrete, even if the sums involved in dislodging the Spurs ace from his North London stomping ground are eye-watering at best, prohibitive at worst.

“At the prices [quoted] we are not going to buy any strikers. It is impossible, we cannot afford it,” Guardiola said last week. A negotiation tactic? Possibly, though with COVID-19’s impact on finances, maybe not.

🗣"We are not going to buy any striker, we cannot afford it."

Speaking back in April Pep Guardiola dismissed the idea of Manchester City paying big money for a striker like Harry Kane or Erling Haaland this summer pic.twitter.com/2OlDFy8Tq3

“It has been no secret that we, like most top teams, have coveted the services of a striker such as Kane and Haaland. Indeed, whenever we are in the transfer market, the very nature of the players we’re looking at, plus the fact that it is City, means that we’ll have to spend big. This inevitably becomes a double-edged sword in terms of our global standing in the game versus being able to attract and sign the players Pep Guardiola feels would complement the current squad.”

It is certainly undeniable that a premium is typically added to any player City are attracted to, while Tottenham’s understandable reluctance to relinquish their very own Agüero has meant that figures north of £100m are popping up regularly on the gossip sites. For a striker who turns 28 at the end of this month that feels like an unrealistic fee even when acknowledging Kane’s supreme track record in the top-flight and City’s considerable resources.

Yet should the move not materialise, an argument could be made that City will be fine regardless. As stated, they comfortably won the title last term as their go-to finisher endured a miserable time with injuries, starting only seven league games and overall scoring just six of his team’s 131 goals across all competitions. In his place, Guardiola turned to a ‘false 9’ system he originally perfected at Barcelona, a fluid approach that confounded defenders and delighted tactics junkies. It is telling that the Blues’ leading scorer in the league was Ilkay Gundogan, a midfielder and one of only two players to reach double figures. There was a collective of creativity that no longer relied on a lethal focal point and unquestionably it worked.

So De Bruyne as a false nine, with Gundogan as a holding midfielder. Pep has saved his big call for the Champions League final https://t.co/sjKI8Y00Nu

With that in mind, might they be tempted to save themselves a fortune and go with a similar multifaceted formula in 2021/22? Simon Mullock, Chief Football Writer for the Sunday Mirror, doesn’t believe so.

“I asked Guardiola after the Newcastle game towards the end of last season about the importance of top teams having a natural goal-scorer and he admitted he’d love someone who is going to get him 40 goals a season. I think he’s aware of how difficult it will be to sign Kane or Haaland because there is a reluctance at the club to break the £100million barrier for any one player. That’s why there have been suggestions about using players in part exchange. But maybe City will have to bite the bullet and pay what it takes?

In my view, City will still beat 90 per cent of teams even if they don’t sign a top striker but having that player capable of making the difference in the tightest and biggest games is crucial. Think of the Champions League final. City didn’t have anyone on the pitch capable of taking a half-chance or creating a goal out of nothing. Agüero did that for fun in nine of his 10 years with the club and I think City need someone of a similar ilk.”

On this, Lake fully agrees.

“Although we have the playing philosophy, the talent and the nous to utilise a false 9, I do believe that signing players such as Kane and Haaland would undoubtedly add depth and trust into the tactical options Pep utilises, alongside guaranteeing City 20 goals per season.”

For most of Manchester City’s post-takeover era Sergio Agüero was precisely this: a guarantee of goals. Now an expensive summer awaits as the league champions attempt to replace the irreplaceable.