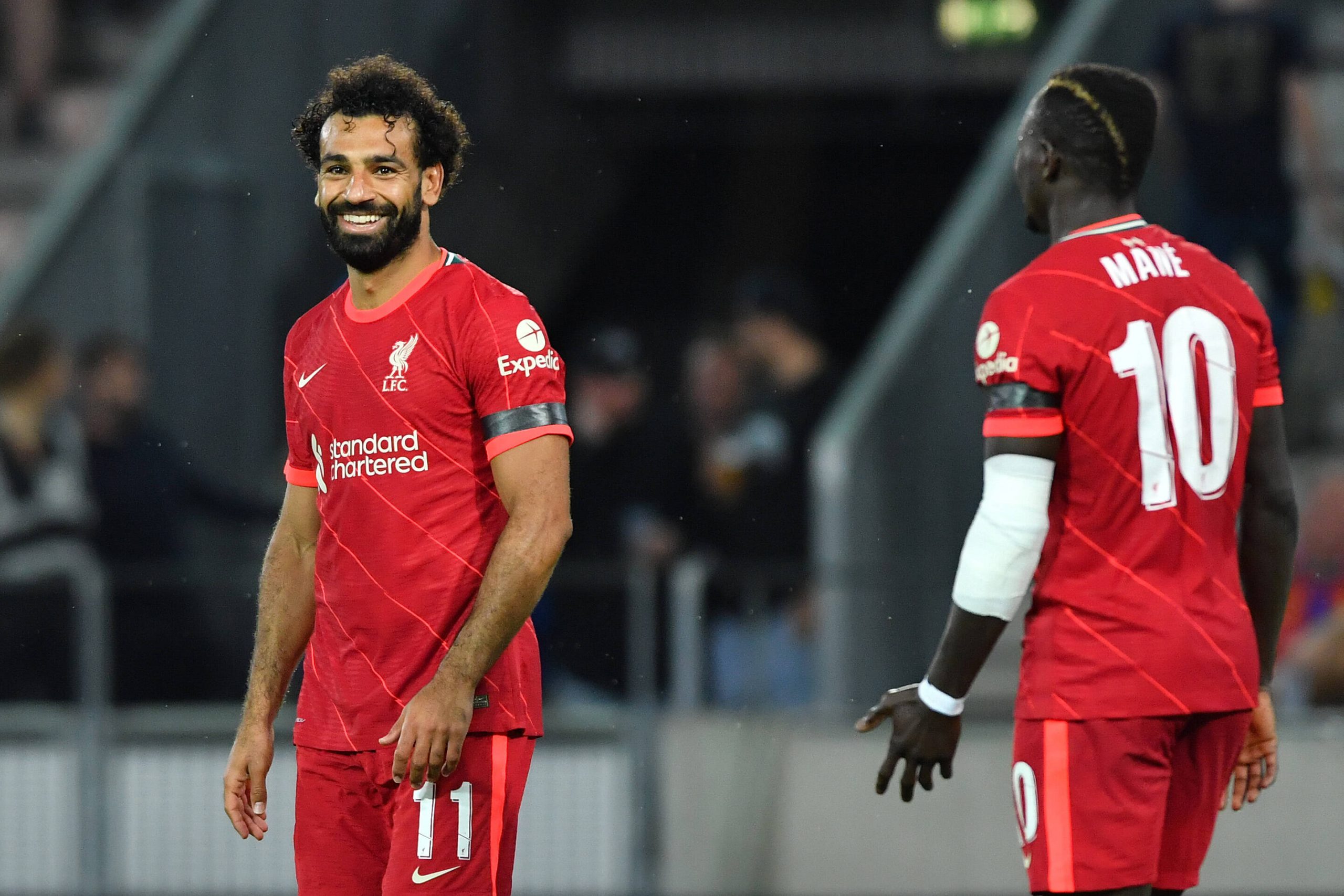 It is impossible to overstate the vital role that Roberto Firmino, Mo Salah and Sadio Mane have played in the Klopp revolution at Anfield.

Prior to the German’s arrival, Liverpool’s forward line had fallen into a state of disrepair and it’s striking to recall just how underwhelming their offensive options were during Brendan Rodger’s final full season. Mario Balotelli, Fabio Borini, and Rickie Lambert made 52 Premier League appearances for the Reds and scored just four goals between them in 2014/15. Only the latter emerged with any credit for his endeavour alone.

Soon after, Firmino arrived, another player admired for his work ethic, only the Brazilian was also blessed with ingenuity and a clinical edge. In his opening campaign, he reached double figures but it was his other qualities that stood out; his movement clever and elusive; his touch pristine. Liverpool had clearly sourced a diamond from Hoffenheim.

Firmino is class though. pic.twitter.com/61cqbWaI43

Next up was Sadio Mane and it’s revealing looking back at Klopp’s first summer transfer window to see a new spine constructed that so epitomised the manager’s mandate. At the back, Joel Matip was rangy, athletic and comfortable in possession. In midfield, Gini Wijnaldum was a powerhouse; all-action and forever offering an attacking threat. Up top meanwhile, purchased from Southampton for a handsome fee, was a striker-slash-winger so Kloppist in his attributes that he could well have been conceived from the coach’s dreams. Mane played on fast-forward, furnished as he was with searing pace and trickery. He ran himself into the ground and – a crucial remit for the final third of any Klopp creation – offered an unpredictability that led to chaos and chances.

By now, Liverpool were greatly improving and having secured Champions League qualification Mo Salah joined from Roma and we, of course, know all about the impact he’s subsequently made. The Golden Boots. The Player of the Year award. The Egyptian completed one of the most remarkable attacking triumvirates that world football has ever known.

Across four fabulous seasons, the ‘Big Three’ have collectively scored an astonishing 273 goals. They have been the determining factor in Liverpool reaching two Champions League finals – winning one – and finally attaining a Premier League trophy. They have consistently been an assault to the senses; a ferocious maelstrom of inventiveness and attacking prowess that has terrorised defences great, good or otherwise. To illustrate their worth, in that unforgettable title-winning campaign Firmino, Mane and Salah fired home 54% of their team’s league goals. Last season they were responsible for 65% of Liverpool’s total haul. They haven’t been everything to Liverpool’s phenomenal rise in recent years: that would be an exaggeration. But it’s close enough to the truth to be claimed by those prone to exaggerate.

And now their reign is almost at an end and it’s hard to know where the club goes from here.
Whether by design, oversight, or coincidence, the contracts of all three players expire in 2023 and by then, all three will have turned thirty. That’s beyond the age profile that is prized highly by Liverpool’s hierarchy and it matters also that in 2023 the trio will have committed their bodies to a further two seasons of intensive, wearying Klopp-ball on a twice-weekly basis. At best, their levels will remain the same as they advance past their physical peak. At best.

It is a situation that places Liverpool at a three-pronged crossroads. Do they sell one or more of their vital superstars in the short-term, thus getting maximum profit? Do they take a staggered approach, extending their contracts while incrementally recruiting and bedding in younger successors? Or do they do the unthinkable and allow their contracts to run down, ensuring two more years of the status quo only to then require an instant and extremely expensive overhaul. Regarding the latter option, it is pertinent that Liverpool aren’t exactly flush at present.

Liverpool journalist Dan Clubbe is of the opinion that a carefully managed approach is both possible and preferable, though the time to put these plans into motion is now.

“All good things must come to an end and the conundrum facing Liverpool regarding the ageing front three is a problem in need of a swift and amicable resolution.

Whilst there’s little doubt selling one of the famed trio now would recoup maximum value – Liverpool simply shouldn’t be a club willing to sell prized assets with plenty to offer having achieved so much since the days of Luis Suarez and Philippe Coutinho.
The likely outcome in my opinion would be cashing in on one of Roberto Firmino or Sadio Mane in 2022 whilst extending deals for the other two, thus adding funds to what should be a healthy pot following years of frugal spending.

At some point in the not-too-distant future, a sea change is undoubtedly coming within the playing ranks at Anfield. This process must be staggered and seamless as opposed to a complete overhaul in one summer in order to retain continuity.
In many ways, the wheels have already been set in motion with the recent signings of Diogo Jota, Ibrahima Konate and Harvey Elliott – all players young enough to develop further and perhaps become the next generation of superstars.”

Jurgen Klopp on Harvey Elliott: 🗣 "I think he made a big step in this pre-season. If Harvey stays fit then the football world can be really excited about that."

To date, and solely according to press coverage and thus unconfirmed, Mo Salah is the only one of the trio to be formally involved in negotiations to thrash out a new deal. The money on the table, so reported, will make last year’s player of the season the highest-paid player in Liverpool’s history.

Should he agree to an extension that would afford the club valuable options. To hold or give, and do it at the right time as a former winger of theirs once put it on record. It then falls on the six-time European champions to do likewise with Firmino and Mane.
Otherwise, 18 months from now one, two or all three of the main catalysts for Liverpool’s success in recent times would be free to talk to interested parties, leaving the Reds deprived twice-over: of rare and brilliant talent up front and the fortunes they could bring in by way of compensation.

A fascinating year awaits behind the scenes at Anfield.