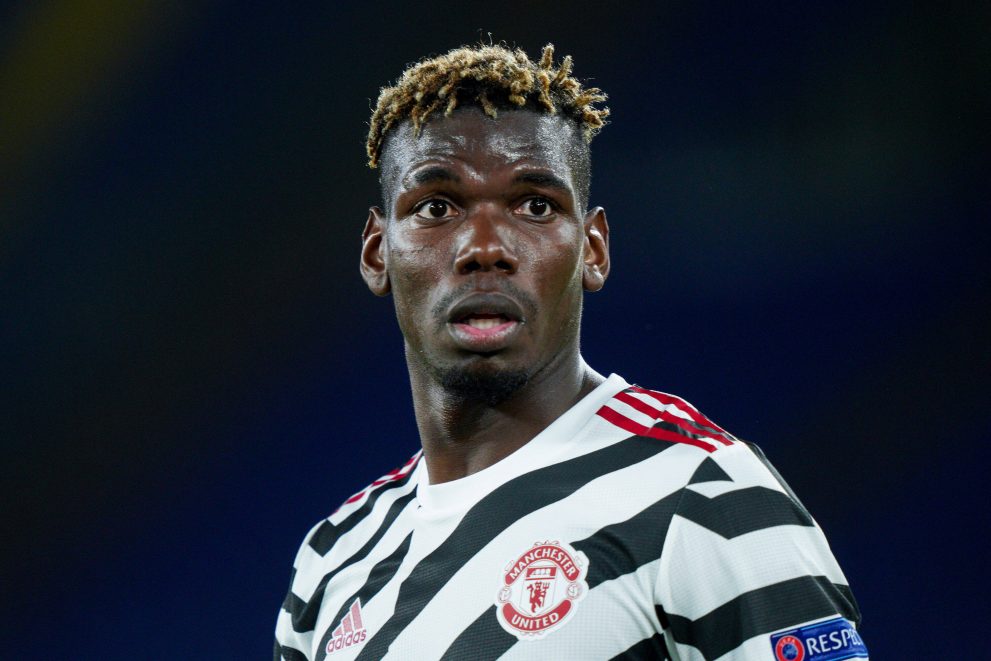 Nobody has registered more assists in the Premier League this season than Paul Pogba. Indeed, the French midfielder has been the division’s strongest supply line with no fewer than seven assists in eight appearances for Manchester United. And yet Ole Gunnar Solskjaer might have no choice but to drop him.

This would be the fastest route to instilling some balance to a United team desperate for some. Defeat to Leicester City on Saturday highlighted how Solskjaer has so far failed to find a system to harness all the attacking talent at his disposal and how the Norwegian has some difficult decisions to make.

In their current shape, Manchester United are lopsided. Against Leicester City, Pogba and Nemanja Matic were simply asked to cover too much ground. Out of possession, United played in a 4-2-4 formation, but the advanced position of their attackers didn’t translate into a high press. The Foxes found it far too easy to pass through the visitors and expose the space in the middle of the pitch.

Solskjaer’s biggest problem is his midfield and much of this stems from Pogba, even if the 28-year-old has performed well as an individual so far this season. Fundamentally, United can’t currently play Bruno Fernandes and Pogba in the same midfield unit if they also want to accommodate a front three.

By dropping Pogba, Solskjaer could shift Manchester United into the 4-3-3 shape he reportedly envisaged for his team before the start of the 2021/22 season. Fernandes could be deployed at the tip of the midfield trio to lead the high press with at least one anchor behind him to give United a protective barrier to stop their defence from being so easily exposed.

United don’t just need more protection for their defence, though. They also need players who can construct passing moves from deep. Pogba is one of the best in the game at picking a through ball from deep — see his stunning assist for Mason Greenwood against Leeds United on opening weekend — but he doesn’t do much to set his team’s passing tempo.

Donny van de Beek, a forgotten figure at Old Trafford, could well be the player to perform this role. The Dutchman thrived in a 4-3-3 shape at Ajax where he saw plenty of the ball and might stand a better chance of success at Manchester United in a similar formation. The underused midfielder could still have a purpose for Solskjaer.

🗣️ "This all comes back to Ronaldo signing…"

🗣️ "I don't believe this is a Paul Pogba problem!"@GNev2 and @Carra23 debate what 𝗮𝗰𝘁𝘂𝗮𝗹𝗹𝘆 needs to change at Man Utd | #MNF pic.twitter.com/8d5ooccfyb

Fresh thinking is required to turn around United’s season. Solskjaer must do a better job of forging relationships between his players having chopped and changed for every single match so far this season. Manchester United don’t need a new formation, they need players who know how to play within that system.

They must compensate for Ronaldo’s lack of pressing, something that has been evident in United’s first few matches of the season (Ronaldo is averaging 2.3 presses per game, the lowest average of any forward in the Premier League). Marcus Rashford on one side and Jadon Sancho on the other would help in this regard — Rashford is a good presser and Sancho played for a high-pressing team for a number of years at Borussia Dortmund.

This still leaves no place in the XI for Pogba, though. Solskjaer has used the Frenchman to good effect on the left wing at times this season, and in the second half of last season, but his lack of nous on the defensive side of the ball is still a problem in this position. Rashford offers a lot more in this respect.

Pogba’s role at Manchester United has been the subject of much discussion ever since he returned to the club as the most expensive player in the world five years ago. This continues to be the case even if Solskjaer has a better grasp of the Frenchman’s qualities, and where he should be positioned, than Jose Mourinho ever did. Solskjaer appears to know Pogba is best higher up the pitch, but has been forced to use him in a double pivot due to tactical pressures elsewhere.

Many argued that Solskjaer needed to build a team around Pogba, but it now appears he has built a team without Pogba. The only way Manchester United could fit Fernandes and Pogba into the same side would be to deploy two central attacking midfielders behind a central striker in much the same way Thomas Tuchel does with Kai Havertz and Mason Mount behind Romelu Lukaku, but this would leave no scope for the likes of Greenwood, Anthony Martial, Rashford and Sancho as wide forwards — and this is arguably where United’s squad is strongest.

United would also lose a lot by dropping Pogba. He is one of their most prolific dribblers (2.1 dribbles per game this season) and is averaging more key passes this season (1.9) than any other player at the club besides Fernandes (3.9) and Luke Shaw (2.3). Nobody at Old Trafford right now has the passing range of Pogba.

Fernandes, however, offers Manchester United more in terms of movement, goal threat and the thing Solskjaer needs to find more of across his frontline — high pressing. If it’s one or the other, as increasingly looks the case given the way United have started the season, Solskjaer must opt for Fernandes over Pogba and build from there.

“We need to find something, we need to change something,” Pogba said after Saturday’s damaging defeat to Leicester City. The Frenchman is right — something does indeed need to change at Manchester United, but that something might be his place in the team. He needs to offer more than just assists.

Of course, dropping Pogba won’t solve all of Manchester United’s problems. Solskjaer’s team still have an issue with defensive shape and most recently with defending set pieces. However, removing Pogba from the equation would, at least in the short term, give United a better chance of coming up with a winning formula.