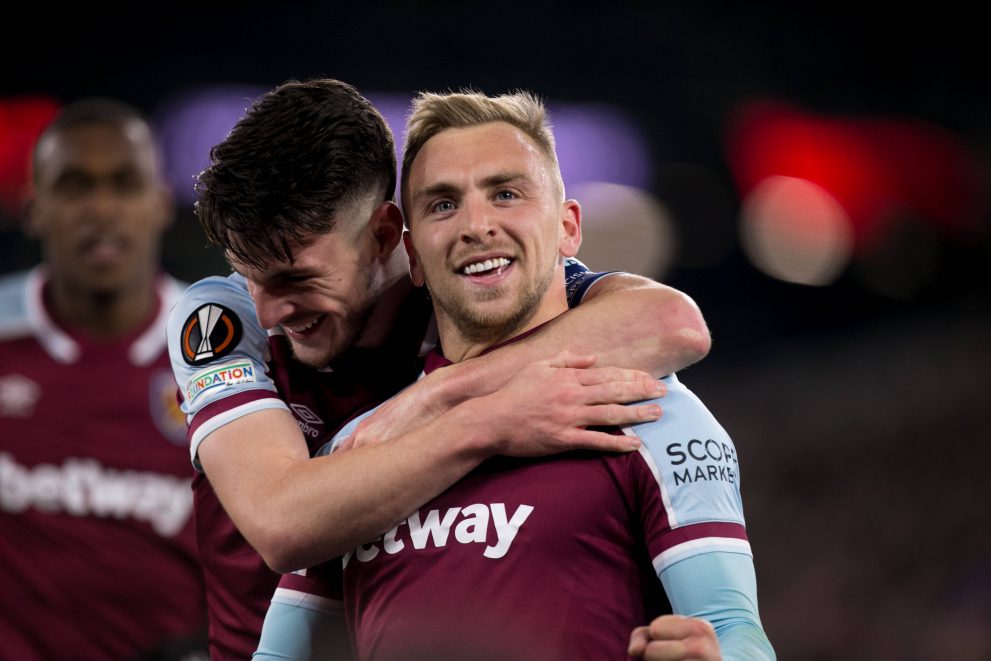 Everything’s going rather swimmingly for West Ham at the moment, with eight wins in their last 10 games, they are one of just two sides to have won all three Europa League group stages matches so far. A fourth win here would confirm their progress into the last 32.

The Hammers won the reverse fixture 3-0 although the Belgian side did provide an attacking threat at times and could have easily taken the lead at the London Stadium before the host’s Premier League quality eventually told.

Genk have scored six goals in both of their last two games so will fancy a goal at least. Nonetheless, David Moyes’ side have kept clean sheets in four of the last five games and they’ll be looking to become the first team ever to get through the Europa League group stages without conceding.

Jarrod Bowen makes it 3-0 for the hosts and Genk are falling apart in London…#UEL pic.twitter.com/acPS95spR2

Moyes has coached in 11 Europa League games with both West Ham and Everton and in only two of those have both teams scored, so the Scottish coach does not usually preside over goal fests in Europe.

As away-day specialists, West Ham haven’t lost on the road yet this season (W6 D1) and that’s an ominous sign for a Genk side who haven’t won at home in their last seven European games. They also haven’t managed to beat an English side in their history and have lost their last two games in this competition 3-0.

The Hammers are only just odds-against to win this one at 19/20 which looks a cracking bet given their form, the fact Moyes hasn’t been making too many changes and knows that a win here gets them through and they can relax in the next couple of games.

West Ham are 11/4 to win with yet another clean sheet and, with Genk conceding a penalty in their last three competitive home games, Mark Noble to score anytime at 6/1 might be worth a look.

Group C is proving to be a tough battle for Leicester City, who got their first victory of the campaign against Spartak Moscow last time out. Another success in the return fixture will put them right into qualification contention.

It was a thrilling 4-3 victory in Moscow with Patson Daka becoming the first Leicester player to score four goals in a game since Derek Hines in 1958. He will be a big threat again to a Spartak side who led 2-0 in the first game and who now badly need a victory here as they sit bottom of the standings on just three points.

Brendan Rodgers’ side were disappointing in their 2-0 defeat to Arsenal at the weekend and it’s their defensive record which will be a big cause for concern, as they’ve kept just two clean sheets all season and have let in 12 in the last six.

All seven goals from Spartak Moskva vs Leicester 🍿

That sort of defensive fragility will give Spartak some confidence, as they’ve scored in their last seven games and earned a 3-2 win at Napoli in their only away game in the Europa League this campaign.

That game in Naples saw Spartak earn nine yellow cards and one red, which contributes to them being the side with the worst discipline in the competition. As such, bookings, as well as goals, could be in large supply in what is sure to be an eventful game at the King Power.

Both teams to score and over three goals at 19/10 is more than a decent price when you look at how both teams have been playing of late, while Daka is 11/10 to score another goal and subsequently become Leicester’s top scorer in Europe.

Alexander Sobolev scored twice in the first game and is 11/5 to score again, and watch out for former Wigan and Chelsea man Victor Moses, who provided two assists in Moscow.

It’ll be a party atmosphere at the Tottenham Hotspur Stadium with Antonio Conte taking charge of his first game as Spurs boss in what is a crucial Europa Conference League clash if they are to make it through the group stages.

A 1-0 defeat to Vitesse a fortnight ago was a real kick in the teeth but a revenge win over the Dutch side will propel Spurs back above them and put the Lilywhites back on course to progress. They’re 6/1 to win this tournament, and with Conte in charge, that should now be a serious ambition for the season.

Conte has won five league titles and picked up silverware with his last three clubs, albeit he is yet to win one in European competition. As such, it will be his biggest challenge to bring a trophy to a side that is without one since 2008.

It looks like a cultural shift is needed in that Spurs dressing room, and a strong work ethic is the minimum Conte will accept from his players. They should be able to make an instant response here but Vitesse bring a strong away record of just one defeat in eight games on the road this term.

Conte has won his last six first home games at a new club, and Spurs are big favourites to grab the points here with Harry Kane (who is still the joint top scorer in the competition) 8/15 to impress his new manager with a goal.

Lois Openda has scored seven in seven for club and country so it’s a big price of 15/4 for him to score again in north London, but with Conte set to crack the whip immediately, look for Spurs to come into this game with far greater organisation and work rate.

A Spurs win to nil is Evens and despite Vitesse scoring in their last 11 games, the Conte effect can stop that run on Thursday.

Rangers got their first win of the competition at home against Brondby last time out, and a similar result to that 2-0 victory at Ibrox will catapult Steven Gerrard’s side into serious contention to qualify.

Those two goals were the first two Rangers have managed in the Conference League, and helping their case for an away win is the fact Brondy are yet to open their goalscoring account in this competition. They have, however, won all three games since defeat in Glasgow.

Should group leaders Lyon beat Sparta Prague again, then the race to qualify behind the French side will be wide open so a winner in this game will be fired right into the picture.

🎙️ PRESS CONFERENCE | Part One: Steven Gerrard spoke to the media ahead of Thursday's @EuropaLeague match against Brondby.#UEL pic.twitter.com/h6oCrR2IPg

Gerrard’s side have gone six games without defeat and Rangers have won on all four of their previous visits to Denmark in European competition. That’s in contrast to a run of four without a win away in Europe.

With Brondby the only side of the 32 Europa League teams not to have scored, it’s unsurprising that only one of the last eight games involving either side here has seen both teams score. It’s 21/20 that both teams don’t manage a goal on Thursday.

This is a game Rangers can certainly win, but don’t expect too many goals. A victory for the Scottish champions and under 2.5 goals at 15/4 looks like how the game could go.