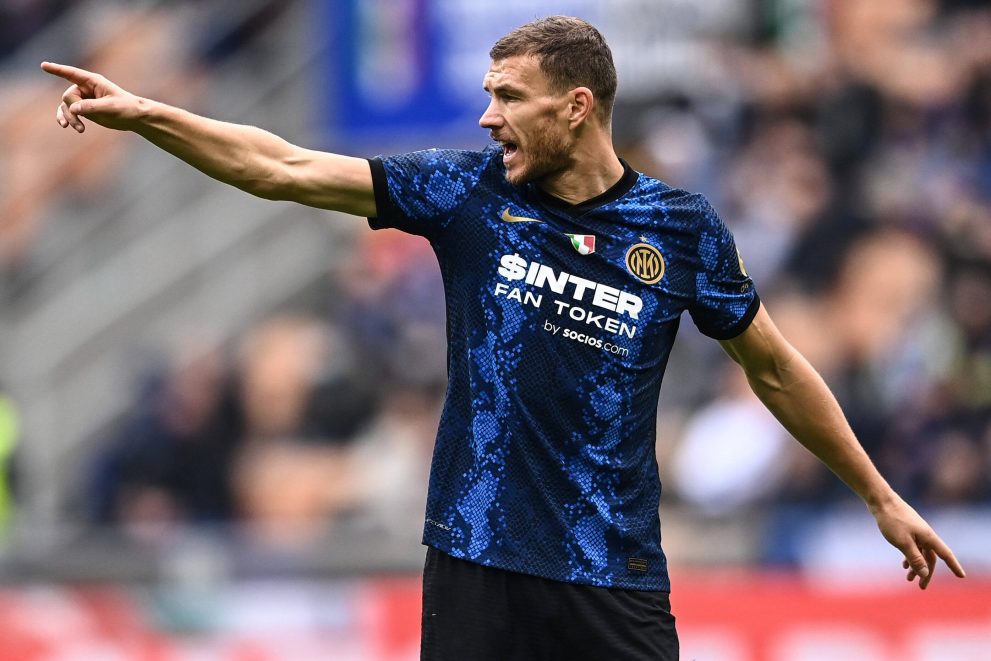 It’s a clash of the ‘other guys’ in the Bundesliga this weekend, but while Dortmund are laying down a challenge to Bayern Munich yet again, Leipzig are struggling to get back on the pace after a slow start to the campaign.

Leipzig lost three of their first four games and, although they’re now getting into gear, it leaves them 10 points off leaders Bayern and nine behind second-placed Dortmund ahead of their visit.

Jesse Marsch’s side are unbeaten in six and although their 15 points from 10 games is their worst Bundesliga return ever, the signs are still good that things are heading in the right direction.

Dortmund arrive at the Red Bull Arena after four straight league wins and have a fine record of six wins in 10 games against Leipzig. But they are dealing with a lengthy injury list that contains star man Erling Haaland.

The lack of numbers has seen Dortmund suffer two big Champions League defeats to Ajax, but has not yet taken a toll on their league form. Leipzig, however, offer a big threat to their winning run – especially from set pieces as their 10 goals from dead ball situations is a league high.

Dortmund won all three games v Leipzig last season and scored 10 goals, but they’ll have to get their goals from elsewhere as Haaland and Jadon Sancho scored nine of those.

There were 14 goals in the three meetings last season with both teams scoring in each, and you can get 8/5 on both sides netting again and over three goals at 8/5 – a bet which paid out in all three of their games last season.

It’s not all been plain sailing for PSG with a draw and defeat in their last four games, but it was only a slight speed bump on the road to yet another league title, as they travel to Bordeaux eight points ahead of Nice in second.

Bordeaux won their second game of the season last time out, coming from two goals down to beat Reims 3-2 thanks to two late goals from Jimmy Briand. That moved them three points clear of the relegation zone following a recent revival that has seen them lose just once in seven games.

No team has drawn more games than Bordeaux’s six but another stalemate here seems way out of reach given the size of the task taking on PSG is for most of Ligue 1.

PSG have nonetheless been fallible on the road of late, with just one win in their last five away games in all competitions. What’s more, in Ligue 1 they’ve even failed to score in their last two games away from Paris. Three away games in a row without a goal is surely out of the question for Mauricio Pochettino’s expensively assembled squad – that hasn’t happened for 11 years!

Lionel Messi is an injury doubt and it was former Liverpool midfielder Gini Wijnaldum who stepped up in his place with two goals in the Champions League draw with RB Leipzig during the week. Interestingly their last two away league goals also came from an unexpected source in Achraf Hakimi.

10 of PSG’s last 11 away league wins has seen them score two goals or more, and Bordeaux aren’t the team the stop them scoring this time around. You can back PSG to win and over two goals at evens for one of the safer bets on this game.

The Milan derby had slipped down the order of importance at times recently, but with AC Milan in second place and champions Inter in third, this game is suddenly conjuring up memories of some of the fiery encounters of old.

AC Milan have home side status here and they go into the derby unbeaten with 10 wins from their first 11 in Serie A for the first time in their history. They’re level on points with leaders Napoli but sit in second on goal difference.

Inter are seven points behind their city rivals but have won the last three derbies against Milan when playing as the away team in the stadium they both share – they haven’t won four away derbies in a row since 1934!

All told, Inter have won five of the last six derbies and with 67 wins they’ve beaten Milan the joint-most times in Serie A history, along with Juventus. As such, they can take that mantle for themselves with another derby win on Sunday.

But Milan don’t do defeats in the league this season, and they’ve been banging in goals with only one team scoring more than them this season (Inter). So we should really see a derby with quite a few goals, even if they’re traditionally tight affairs.

Up front we’ve got Zlatan Ibrahimovic with six goals in six derbies for Milan, while Inter’s Edin Dzeko has scored four away goals against AC Milan – that’s the most against any side he’s faced in Serie A.

A draw at 5/2 looks like the bet of the game given there’s not too much between these two and you can get 9/2 on both Ibrahimovic and Dezko to score in what should be a fantastic derby game.

There’s another derby game going on this weekend, this time in southern Spain, as Real Betis host city rivals Sevilla in El Gran Derbi with both sides well involved in what’s shaping up to be a thrilling title race in La Liga.

Sevilla are third and just a point off top spot, but Betis aren’t too far off either, sitting in fifth and just three points behind their derby rivals. That adds even more spice to what already is a hotly-contested affair.

Both sides have scored 19 goals this season but it’s Sevilla’s defence that has been behind their title challenge, as Julien Lopetegui’s side have the joint-best defensive record in La Liga with just seven goals conceded in 11 games.

That ties in nicely with the recent history of this fixture as the last three Seville derbies have produced under 2.5 goals. What’s more, Sevilla have appeared in just three league games that have produced three goals or more in all season so far.

Not a single Sevilla away game has had over 2.5 goals this season, but that defence will face a big test in a Betis side that has scored 11 goals in their last four home matches.

But in these tight derby games, it usually pays to go low on goals and high on yellow cards. That’s especially true here as the last five games between these two has resulted in 31 bookings. You can get 2/1 on six bookings but under three goals on Sunday night.