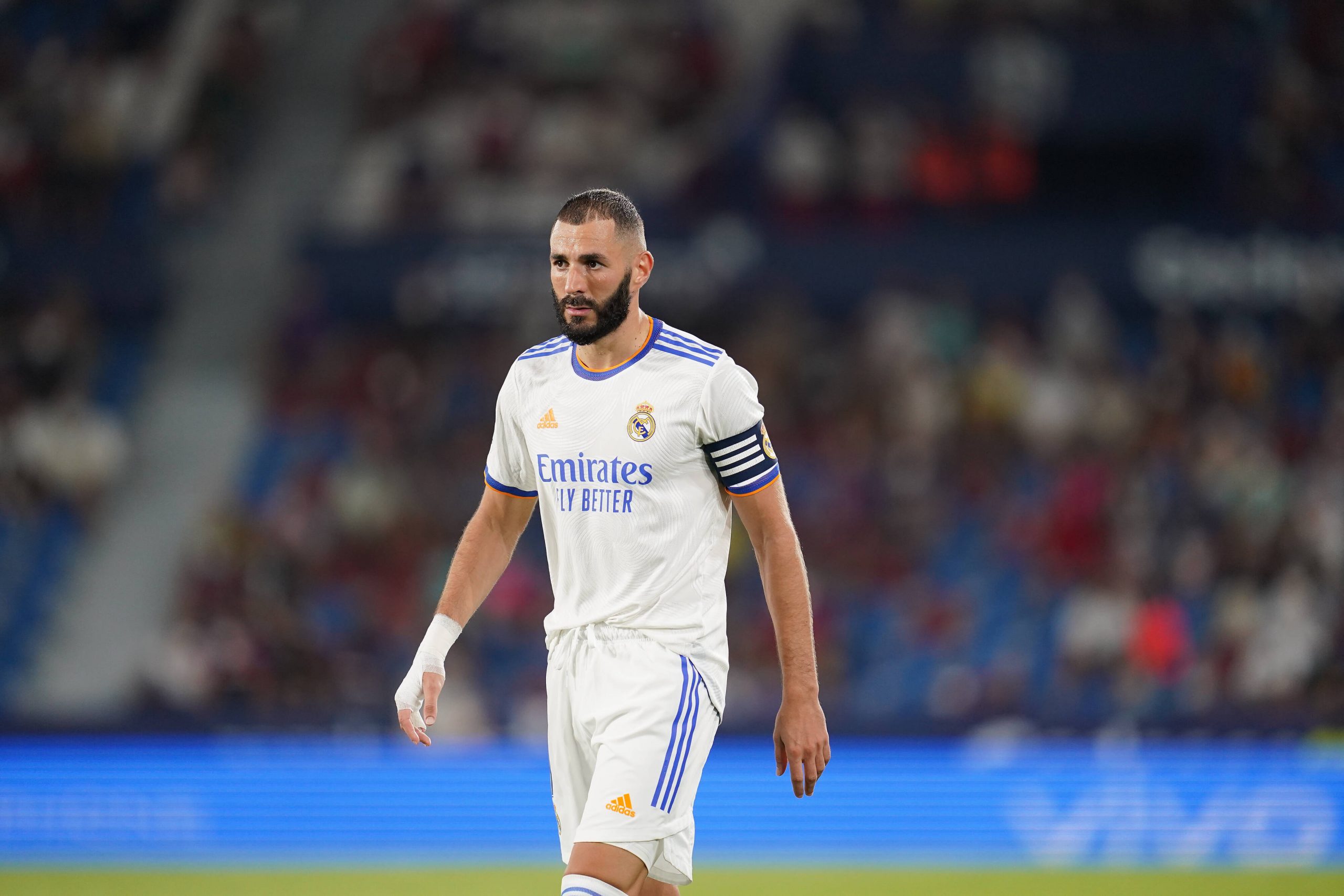 Nine-time defending German champions Bayern Munich haven’t started their quest for 10 in a row in totally convincing fashion having been forced to come from behind to draw with Borussia Monchengladbach in their opener before clawing past Koln 3-2 last week.

The manner of those performances will be of concern to new head coach Julian Nagelsmann as they threw away a two-goal lead against lowly Koln – who had to win a relegation play-off last season just to stay in the Bundesliga. Former Manchester City man Leroy Sane was booed by his own fans in that game as he struggles to impress.

Nagelsmann has huge shoes to fill and although he’s built up a hugely impressive reputation for the football he played with Hoffenheim and RB Leipzig, he’s now with the powerhouse of German football and expected to win every game, not just impress as the underdog.

That’s a big role for a young 34-year-old coach to try and fill and a lot of respect to earn from some star players not much younger than him – Robert Lewandowski is just a year younger than his new boss!

😅 Yes you read that right!

On the bright side, away from the Bundesliga Bayern have beaten Dortmund to win the Super Cup and smashed minnows Bremer 12-0 in the DFB Pokal during the week. That could be just the boost they need to kick-start their league campaign.

As could the visit of bottom side Hertha Berlin, with two defeats in two and without star creator Matheus Cunha after he was sold to Atletico Madrid. Hertha have gone 26 away games at Bayern without a win, losing 20 of these fixtures, and arrive with the hosts enjoying a 28-game unbeaten Bundesliga run at the Allianz Arena.

Bayern are 5/4 to score over 3.5 goals and since they’ve bagged at least three in eight of their last 10 home league games, have just hit Bremer for 12 and now face the bottom side shorn of confidence and their best player – it’s a bet that makes total sense.

If Hertha do manage a goal, chances are it’ll be Dodi Lukebakio that gets it – he’s 4/1 to score but has the joint-best record of any visiting player at the Allianz Arena, having scored four times in three visits.

Juventus won nine Serie A titles in a row before Inter Milan wrestled the Scudetto from them last season, but while Inter lost Romelu Lukaku and manager Antonio Conte, Juve have replaced Andrea Pirlo with former title-winning boss Massimiliano Allegri.

The Old Lady opened up their bid to win back the title with a dodgy 2-2 draw with Udinese last week as Cristiano Ronaldo came off the bench to score what he thought was the winner, only for the goal to be ruled out.

Since then, of course, it has been reported that Ronaldo will be leaving Turin if a deal can be struck with Manchester City – he’s long been linked with a return to Manchester but going to the blue side of the city is proving to be a controversial move.

Regardless of the Ronaldo situation, Juve should get a first win under their belts against newly-promoted Empoli, who scored within five minutes of their Serie A return but ended up losing to Lazio 3-1 last week.

Empoli have lost their last five trips to Juventus without scoring a goal, while Juve have also earned four clean sheets from the last five visits of newly-promoted sides. Empoli won just one game and eight points in their last Serie A campaign and it looks another uphill battle for them this season.

Paulo Dybala showed there is life after Ronaldo as he scored inside three minutes last week and he’ll relish the chance to shine against the presumed strugglers.

Surprisingly, Juventus can be backed at 21/20 to beat Empoli without conceding and that’s too good to turn down.

Do Real Madrid really want to spend all that money on Kylian Mbappe? Do they even have the €220 million PSG say it will take to sign him? With just a year left on his contract, he could sit it out in Paris and sign for free in January anyway.

And whether Real actually need him for now is up for debate given they’ve scored seven goals in their opening two fixtures. Those goals have yielded just four points though after a crazy 3-3 draw with Levante last week.

Recap his goals to date 👇 pic.twitter.com/DbqRXHHDR1

Betis have been super dull in comparison with two 1-1 draws to open up their season. Twice they’ve had to come from behind and twice it’s been Juanmi who has scored the crucial equaliser – you suspect they won’t make it three in a row if they go behind against Madrid though.

Los Verdiblancos turned the Estadio Benito Villamarin into something of a fortress at the end of last season, with a nine-game unbeaten run on the line against a Madrid side who lost just once away from home last season.

Betis have won just one of the last seven meetings with Madrid in Seville though and they’ll have to pay particular attention after half-time, with 10 of the 11 goals scored in Madrid’s two games so far coming in the second half.

Karim Benzema is still the main man in Madrid – and he’s got five goals at Real Betis with his last four league goals coming after half time. Combine those stats with Real’s excellent second-half record away you get 12/5 on Benzema to score and the second half to be the highest-scoring 45 minutes of the match.

Life without Lionel Messi isn’t going too well for Barcelona as they had to come from behind to rescue a 1-1 draw at Athletic Bilbao last week, with Memphis Depay scoring his first La Liga goal for the club in some style.

Getafe have lost to Sevilla and Valencia this season and it should really be a regulation home victory at the Nou Camp, but the clouds are still circling this famous old Spanish giant and they’re not going away any time soon.

They badly need a new superstar to try and fill Messi’s boots, maybe Memphis is the man and if he shakes off an injury doubt he’ll be the spearhead of their attack again with Sergio Aguero still frustratingly out injured.

SMASHED into the roof of the net for the Barca equaliser 💥 pic.twitter.com/DaqS54yMCW

Ronald Koeman is without Ousmane Dembele, Philippe Coutinho, Ansu Fati, Marc-Andre ter Stegen, Gerard Pique and Eric Garcia through injury and suspension so it may not be as much as a walkover as you’d usually expect on Sunday.

Defensively Barca are really struggling. They won 4-2 in their home opener but that was the fourth time in five La Liga home games where they’ve let in two goals, and if they again concede twice it’ll mark the first time they’ve done so in three straight home games in 39 years.

Getafe did exactly that and started this run back in April in a 5-2 defeat to the Catalans, but that was very much the exception to the rule for the visitors, who haven’t scored in eight of their last 11 away games, failed to score in 21 league games last season and haven’t found the net yet in their two openers.

They’ve never won a league game at Barcelona and Getafe have conceded at least four goals in five of their last 10 visits, so we’re almost guaranteed goals in this game. It makes the odds of 5/2 on Barcelona to win and over three goals in the match seem pretty attractive.

The Stade Auguste-Delaune is set to host a historic game with Lionel Messi set to make his PSG debut in Ligue 1.

Unsurprisingly, every one of the 21,000 tickets on sale has sold out to see the man widely considered as the greatest player of all time run out in the unfamiliar colours of PSG as Mauricio Pochettino looks to win back the title they surprisingly lost to Lille last season.

The French league may have been demoted to the sixth best in Europe by UEFA, behind the Portuguese league in its latest coefficients, but with Messi joining Neymar and Kylian Mbappe it’ll have more eyeballs on it than most.

😳 Some people are *really* committed to seeing Messi's PSG debut:

"We've had some pretty incredible sales on the online ticket office, with purchases coming from all over the world: China, South Korea, Thailand, Egypt and India," Reims' ticket office manager tells L'Equipe. pic.twitter.com/82WY8zeTNi

This may, however, also be the swansong for Mbappe as he looks to engineer a move to Real Madrid with just a year left on his contract.

Last September this was just a regular 2-0 PSG win in front of just under 5,000 fans – this time the game is the epicentre of European football during a bewildering summer of big-name transfer activity unlike anything we’ve seen before.

To focus on matters on the pitch, if it’s possible, and PSG have opened up with three victories and 10 goals but they’ve conceded five and looked shaky defensively at times during successive 4-2 victories. Reims are draw specialists with 0-0, 1-1 and 3-3 stalemates so far showing they can find many ways of earning just a point.

Reims actually seem allergic to picking up three points as they’re currently on the longest winless run in the league having gone 11 games without a victory, and you’d be a bit mad to believe that run ends here with Messi on the field.

The bookies make Messi an almost certainty to score on his debut, but a more savvy option is to back him to score in a PSG win with over 3.5 goals in the game at 11/8.