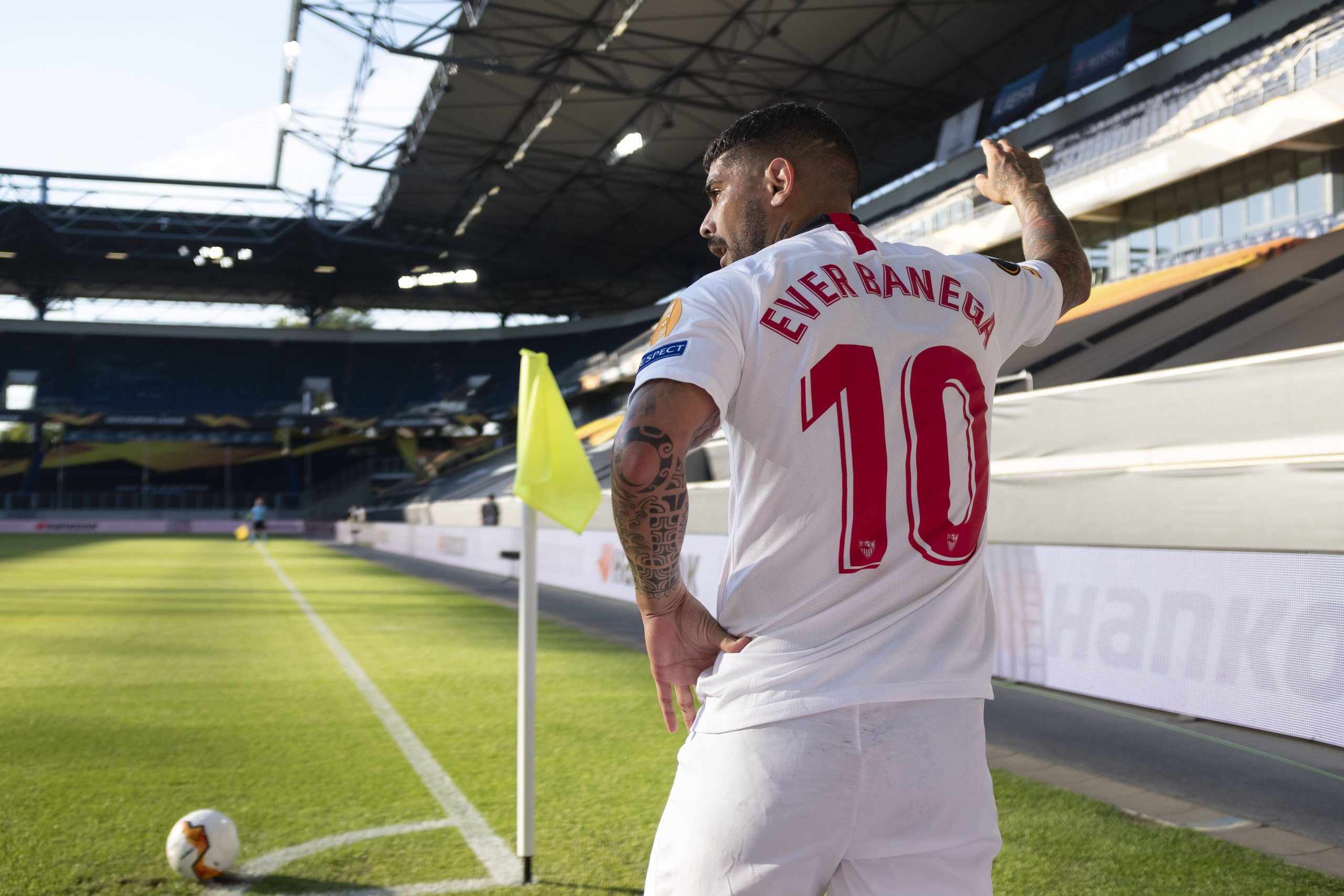 Éver Banega is more than one sentence or a paragraph.

The Sevilla midfielder is a complex individual who makes the game of football appear simple. Many have tried to understand him, to pin down why he acts the way he does. When he was at Valencia, it felt easy to attribute his mistakes as the byproduct of youthful naivety.

Still, not every 20-something breaks their leg by running themselves over with their own car at a petrol station. Even now, at 32, it was Banega that put Sevilla’s participation in the Europa League in doubt when he broke lockdown restrictions to host a joint family get-together.

But as the famed Serbian coach Vujadin Boskov once said, “a great player sees motorways where others only see narrow paths.”

Banega’s ability to find those highways took him from the fields of Rosario to the academy of Boca Juniors. Before he entertained the crowds at La Bombonera, however, he would witness first-hand the brilliance of a diminutive dribbler with a long mop of hair called Leo.

“I was in a lower age category, but my father was the coach of the 1987 age group and he used to play me in that division,” he told La Nacion. “He [Messi] was tiny…It was too good what he did.”

Lionel Messi according to lifelong friend Ever Banega:

“In all honesty, he’s never changed. Whenever we meet we have a hug and we don’t talk about football, we talk about our families and how we are.”

The two would reunite for Argentina’s youth national team in 2005, and win the World Youth Championship in the Netherlands. Messi would finish top sorcerer of the tournament and collect the award for Best Player.

Two years later, Banega won the U20 World Cup in Canada. His stock was growing and he was ready to join Messi in Europe.

Their experiences in Spain have been vastly different, however. Messi moved at a much younger age and the structure of Barcelona and La Masia helped him considerably. Banega, signed by Valencia in 2008, was submerged in temptation, and it became too hard to resist.

“The main problem with Éver was always the long periods of time he spent unsupervised,” Valencia-based journalist Paco Polit told Football Espana. “He came to Valencia very young and was left to live on his own in a flat in the city, with nobody taking care of him and his family thousands of kilometres away. He often had problems with his diet, liked fast food a bit too much and was even recorded on a TV segment with his fridge full of beer and nothing else.

Six months after joining the club he was loaned to Atletico Madrid but he struggled to settle.

But when the distractions disappeared, and Banega was allowed to focus on football, his talent shone.

Ever Banega tho 🤤#UEL pic.twitter.com/V5GbP4BWMi

In total, his Valencia career was a polarising experience. At his best, Banega was – and still is – a conductor. A player that picks holes in a defence and moves the ball quicker than any player could run with it. His talent was never questioned. Pep Guaridola described him as a ‘fantastic player’, but every time the wheels started to gain momentum, Banega would self sabotage.

By 2014, he was back in Argentina playing on loan at Newell’s Old Boys. It felt like the silent departure for a man that promised so much, worlds away from his good friend Messi who on his own quest for a seventh league title with Barcelona.

That was when famed talent-spotter and director of football for Sevilla, Monchi, took an interest.

“In terms of why he has been so successful at Sevilla, it’s a good question,” Colin Millar, author of ‘The Frying Pan of Spain’ and Football Espana editor told the Warm Up. “He has failed elsewhere, often spectacularly. He is a loose cannon and needs to be individually taken care of on a disciplinary level.

“There is something about the structure of Sevilla that he thrives in, the various coaches are good for him – particularly Lopetegui – and he loves the city, the lifestyle, the fans. The intense nature of the play, the flying wing-backs (technically full-backs, but de facto are much more) suit his play too in finding space, picking passes etc.”

Thursday will give Banega a second chance to be a European champion. He was instrumental in Sevilla’s 3-2 win against Dnipro. Inter Milan will pose a tough test for Sevilla, and for Banega, a certain familiarity.

The 32-year-old spent 12 months with the club in 2016 only to return to Sevilla. He is once again preparing to depart after agreeing a move to Saudi Arabian side Al-Shabab in January. Some clubs may have ostracised him for doing such a thing, but not Sevilla, even if there is a tinge of disappointment that he is leaving.

Ever Banega will finish the league season with Sevilla before his move to Al-Shabab https://t.co/hotEDS7I0e

“The departure [to Al-Shabab] is definitely a blow,” Millar added. “There’s a sense that he has several years left at the top level. It’s a little similar to the Santi Cazorla situation, although Banega is obviously a few years younger. There was a sense of frustration when it happened as there was a suggestion it meant he would pack it in mentally for the club, as he has done elsewhere but that hasn’t happened at all. In fact, it’s the opposite.

That future is not where Banega’s focus is now. The Europa League is largely considered Sevilla’s competition given they have already won it five times – more than any other club – but they will still be underdogs going into the meeting with Inter.

While Banega’s focus will only be on the present and success for his team, Friday could also provide him one last moment in the sun before he rides off. A talent, a midfielder, an enigma, Banega remains a lot of different things to a lot of different people.