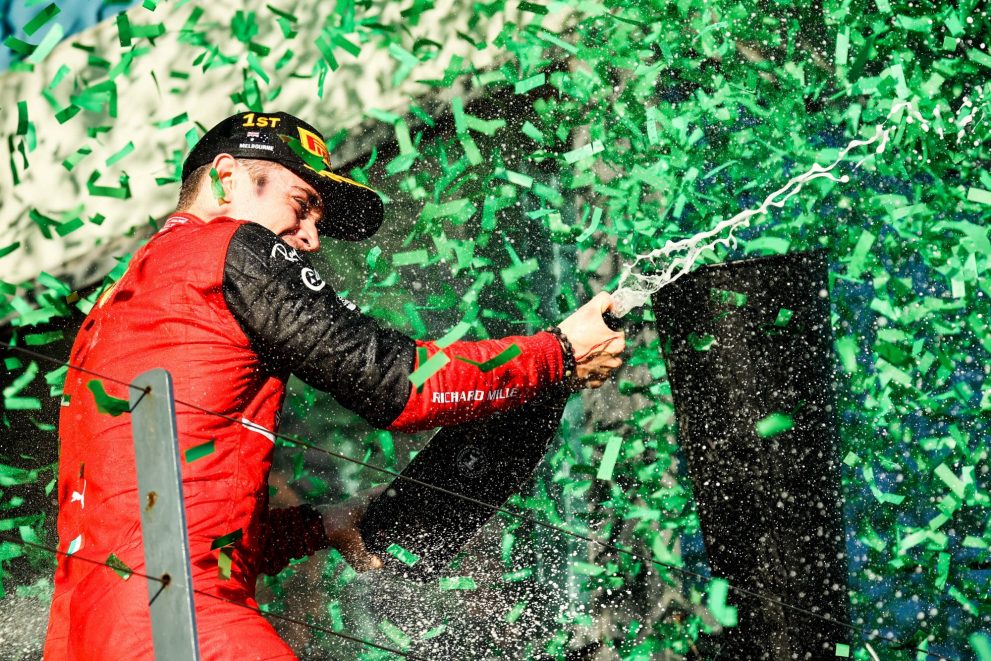 There is no doubting which team has enjoyed the strongest start to the 2022 Formula 1 season with Ferrari winning two of the three races and remaining competitive at every circuit. Indeed, the Scuderia are resurgent and will take some beating as the sport’s roadshow arrives at Imola for the Emilia Romagna Grand Prix this weekend.

As things stand, Charles Leclerc is the frontrunner in the drivers’ championship after race victories in Bahrain and Australia. The 24-year-old has shown maturity beyond his years in handling the pressure and expectation of driving for the most successful team in F1 history. After two difficult years, Leclerc now has the machinery beneath him to compete.

The same can’t yet be said of Max Verstappen who has registered a DNF in two of the three races this year. Unlike Leclerc, the Dutchman has allowed his emotions to get the better of him and has publicly vented his frustration at RedBull’s early-season reliability issues.

Some reports claimed Red Bull will implement a major package of upgrades for the Emilia Romagna Grand Prix, although Christian Horner has played this down. “I wouldn’t say a big package planned, it’s all part of [an] evolution,” the team principal said. “And of course, being a sprint race, you get very little time to evaluate these things. So we’ve got one session, and then you enter qualifying. You’ve got to be very confident about what you’re putting on the car.”

Imola will host the first sprint race of 2022, adding another element to the spectacle. Sprint races were introduced last year to shake up the qualification process with the final grid order decided by a short race on Saturday. This could hand Ferrari another advantage such has been their strength on race day.

“There are a lot of things that are going to be quite crazy in Imola for us and obviously we will have a sprint race there,” said Leclerc. “Whether it’s the right track to do so or not, I don’t know – I think we’ll have the answer after the weekend. With these cars, also, maybe it’s a bit easier to follow, so hopefully, it should be an exciting sprint race and race.”

For Mercedes, the first three races of the season have been about damage limitation and there is a sense the Silver Arrows have done as well as they could have done with a problematic car. Indeed, the defending champions are sitting second in the constructors’ championship with newbie George Russell second in the drivers’ championship.

Speed and porpoising issues have affected Mercedes’ W13 car with Lewis Hamilton expressing frustration at a lack of progress since pre-season testing. “I’ve been in this situation before in life, and you just need to be humble about it,” said team principal, Toto Wolff. “When I said last year with the new regulations, how things were set up, that we could have a different pecking order, and that’s exactly what’s happened.

“The midfield is very, very compressed and we’re just not quick enough, full stop. There are so many areas where we know we can improve, others where we don’t comprehend the car yet. And we just need to concentrate on ourselves and chip away, the performance. The team is still the same, that won many of the championships.”

After a pitiful start to the season, McLaren looked to find some grip at the Australian Grand Prix as Lando Norris finished fifth and Daniel Ricciardo finished sixth. However, Norris reasoned afterwards that the nature of the circuit at Albert Park suited McLaren and so it’s possible their troubles will return in Italy this weekend.

Haas have been the surprise package of the 2022 season so far as Kevin Magnussen finished fifth in Bahrain and ninth in Saudi Arabia. Their Ferrari-powered engine has given them such an advantage over smaller teams in the pit lane that Magnussen and Mick Schumacher could push Haas firmly into the midfield.

Aston Martin have flopped harder than any other team in the early stages of the season with the team still to win a single point. For a team with the ambition of Aston Martin, this is unacceptable. However, their performance at the Australian Grand Prix suggests a turning point is still a long way off – Lance Stroll finished P12 while Sebastian Vettel failed to finish.

“You have to have a quick car, you have to make no mistakes, you have to have good drivers,” Aston Martin team principal Mike Krack explained when asked for his solution to the team’s problems. “The whole thing is not together at the moment, so we have to really work hard to get there. There is no magic, at the end of the day.”

Alpine found good straight-line speed in Melbourne with Fernando Alonso seemingly destined for a place on the front row before a late qualification crash dashed those hopes. Esteban Ocon backed up the progress made by Alpine by finishing P7, while Alfa Romeo’s Valtteri Bottas and Pierre Gasly placed just behind the Frenchman – this midfield battle could produce more drama at Imola this weekend.

This season should be even more intense! 💪

The new regulations introduced by F1 for the start of the 2022 season have had the desired effect with wheel-to-wheel racing now a more common occurrence. Cars also appear more capable of following which has resulted in more duels between drivers, as demonstrated by the early-season contests produced by Leclerc and Verstappen.

However, these new rules have resulted in a degree of uncertainty across all 10 garages in the pit lane. Teams that have started strongly don’t know if their good fortunes will continue over the whole season, while teams that haven’t done well are in the dark about the exact nature of their issues. One thing we do know for sure, however, is that Imola will present us with plenty of drama of duels over the course of an exciting weekend.