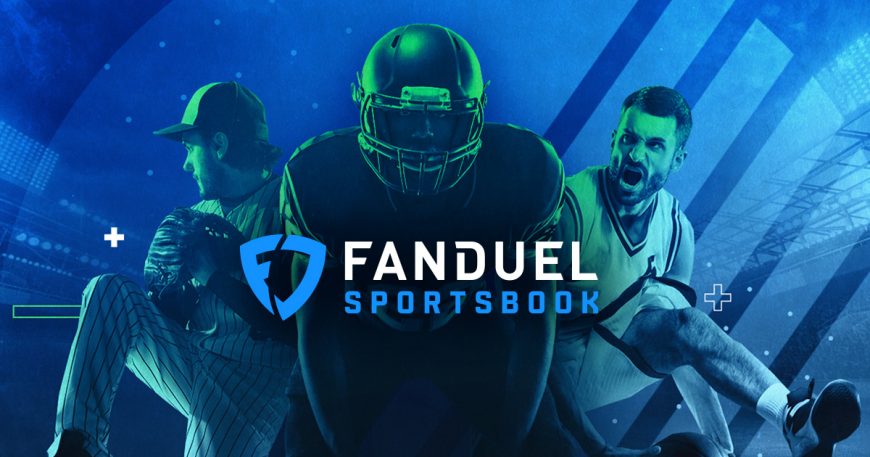 With the rapid legalization of sports betting across the US, several early movers are trying to capitalize on the new market. In July, FanDuel Sportsbook, the current market leader in New Jersey, officially launched sports betting operations in Pennsylvania. Compare.bet US caught up with Nik Bonaddio, FanDuel’s Chief Product Officer, to discuss moving into Pennsylvania and what’s next for the daily fantasy sports provider turned sportsbook operator.

CB – What were the key aspects FanDuel had to consider before launching sports betting operations in Pennsylvania?

Nik – Any time we go into a new state obviously you need to have a conversation with its regulators. Each state has its own interpretation of things, so they might want different regulations around how you handle credit cards, or whether you sign up online or in-person. So obviously, we had to speak to Pennsylvania regulators to see what they were comfortable with. Beyond that, I don’t think there are any demographic differences between Pennsylvania and New Jersey – both states are pretty serious sports fans and they’ve got a lot of professional sports teams.

From a marketing perspective, we had to think about how to introduce the FanDuel sports betting brand. As you know, FanDuel’s already got the DFS brand that’s been in business for nearly a decade. However, as we roll out the sports betting product, we need to consider whether we spend more in Philadelphia, which is close to the New Jersey border and may already have a lot of knowledge of our sports betting product, or in Pittsburgh, which is on the other side of the state.

There are a couple of different parts to launching in Pennsylvania. One is obviously dealing with the regulators, one is coming out with a marketing strategy for how we want to introduce the brand. From an engineering perspective, we need to simultaneously build out an app that is geo-fenced to Pennsylvania, but also works if you’re driving across the border from New Jersey to Pennsylvania. A lot of things went into it but, with the early results we’ve seen in Pennsylvania, so far so good.

CB – It sounds like it’s been really exciting moving into PA.

Nik – Yeah, it’s great. Having started with our fantasy product, which always skirted the line between gambling and not gambling, depending on who you were talking to, put us in a strong position. I think the PASPA repeal was a great opportunity for us because we had built up such a strong brand as a real-money gaming, digital, mobile-first company. This allowed us to leverage the strength of our brand and go into this new market with a lot of success. Another big benefit is having a strong partner in Paddy Power Betfair. It’s allowed us to leverage a lot of their operational background and expertise using some of their technology platforms, meaning we didn’t have to start at square one. Instead, we could use a lot of resources from Europe’s biggest and best operator.

CB – Have you noticed any similarities or differences between customers in NJ and PA? What are they?

Nik – It’s a bit early to say. I haven’t noticed any large discrepancies. I think we’ll start to see the biggest divergence once football season kicks off. Obviously, in New Jersey, we are going to have a larger frequency of bets on The Giants or The Jets. I assume in Pennsylvania we’re going to see a lot of bets on the Steelers or Penn State or the Eagles. Also, because Pennsylvania only has one basketball team, I assume a lot of users from Pittsburgh, which doesn’t have a basketball team, will place more bets on hockey, while there could be more basketball betting in the winter in New Jersey. I think it’s going to mostly the same, but there will be some local differences based on local teams’ strength in the market.

CB – Sounds like it’s going to be pretty interesting to find out.

Nik – Yeah, we get daily emails around what our users are doing and where the highest volume of users is. I like to dig into that stuff because we can use it to tailor and personalize the app to users’ preferences.

I have learnt that tennis betting accounts for between 5 – 10% of our handle on any given day. You wouldn’t think that because it’s not like tennis represents 5 -10% of the average sports fan. With tennis, the in-play and live betting are so fun and, at any time in the world, there are about 30 – 40 tennis matches on a given day. Whereas with MLB, there are only 10 or 12 and with football, there’s only one a week.

CB – How does the PA app compare to the NJ app?

Nik – It’s similar in the sense that it’s the same app- just the FanDuel Sports app. We’ve done a lot of work to make sure that we can differentiate between NJ and PA users. We adhere to very strict geofencing and geo-comply regulations, but we do take a ‘one app philosophy’. We worked hard to make sure that the experience of someone who might travel from New Jersey to Pennsylvania is as smooth as possible. From a feature perspective, there isn’t much difference between them. Where you’ll start to see a bit of difference is with some of our branding.  Our partnership in NJ is with Meadowlands and in PA we’re partnered with Valley Forge, which means there’ll be some slight branding differences. However, if you’re familiar with our NJ app you’re going to be familiar with our PA app.

CB – How does FanDuel plan to replicate its success in the NJ market in PA?

Nik – One of our biggest strengths is our marketing team and, given that we have a lot of the operational backend, that makes us more diversified from risk than some other operators. We can be aggressive with how we price certain lines and around some of our promotional offers.

We have a playbook that works well for us in New Jersey and it’s how we can leverage the strength of the FanDuel brand with a lot of the operational backend that Paddy Power brings us. There were a lot of things we did that worked. Part of it is having different markets and a lot of it is experiential, like making it easy for people to withdraw, deposit and find the markets they want. From a marketing perspective, we do have a strong set of promotional offers and different things we can do to personalize the app to each user, which we think makes it a very strong product.

CB – How did FanDuel capitalize on being the first PA sportsbook with an app for iOS devices?

Nik – That’s huge. About 60-65% of our total volume comes from iOS devices, which makes sense as a lot of early adopters across all industries tend to come from iOS. We knew it was important for us to get that right straight away. Anyone following the industry knows that Apple does have a lot of regulations around real-money gaming, along with the Wire Act– another reality of doing business in the States.

It did make for an architectural challenge for our engineering team, but we set the expectation early on that, for us to go into Pennsylvania, we had to get iOS correct. It meant slowing down other things we wanted to do, but having the app on the App Store was key as that’s how most people discover the app and most of the handle from early adopters come from iOS devices, which gave us a nice defensible position. More tangibly, it helps market us as the sportsbook that has the best engineering and the best product from a technical perspective.

CB – What kind of an impact do you expect football season to have on business operations?

Nik – It’s going to go through the roof. I was born and raised in Pittsburgh and, if you’ve ever been to a town like Pittsburgh, or Philadelphia or a state college you’ll know that these are football towns through and through. As exciting as our current volume is, come game days on in the fall, it’s going to explode. We’ve been doing some marketing with different football celebrities, such as Bryan Westbrook in Philadelphia and Jerome Bettis in Pittsburgh, which is coming soon. I know how important football is to the state and I’m excited to see the volume once the season kicks off.

CB – What are FanDuel’s plans for other markets with legal betting?

Nik – We’re going to take a very aggressive stance. We want to be in any state that opens up and says they are open for business. We’ve done a lot of work internally to make our platform as extensive as possible so that when a state opens up, we aren’t reinventing the wheel, but just extending what we have into that state. As states open up, we want to have a conversation with regulators and make sure that everything we do is above board, that we’re good partners and that we build up strong relationships with the state and regulators.

We see this as a high growth area for our business and a very lucrative frontier for a lot of reasons. We’re excited about what’s been happening on the legal front, as more states will open up over the next six to 10 months. It’s an exciting time for sure, although it can be nerve-racking at times as there is still a lot of stuff to do and build. Certainly, we have seen a lot of success in New Jersey and Pennsylvania and I’m confident that, as we move into different states, we will see a similar amount of success.

CB – Can we expect to see the FanDuel app roll out in other states with legal betting, like West Virginia?

CB – What is FanDuel doing to stay ahead of the competition in markets like New York, where online and mobile betting has yet to be legalized?

Nik – We strongly believe that retail is an eventual conduit for online and mobile success in a lot of ways. You have to start with a brand that people recognize and trust and retail can help that. We have seen tonnes of different cases in New Jersey where people don’t sign up online until they have been to a retail location, sussed it out, felt good about what was happening and happy with the level of security and user trust that we build.

We recently opened our retail sportsbook at Tioga Downs in upstate New York, which is probably closer to Scranton in Pennsylvania. Having the retail location puts us in the state, gets us talking to regulators and means we can get feedback from customers. Typically, we do like to use retail as a precursor for any online activity we do because it primes the market and gets people comfortable with our brand. It also gives us a sense of some local preferences, like whether customers prefer basketball or baseball. It allows us to get a sense of the local market interests, which is influential on we can target our marketing campaigns, how we price lines and some markets that we offer.

Check back with Compare.bet US for more updates on the US sports betting market, guides and reviews.