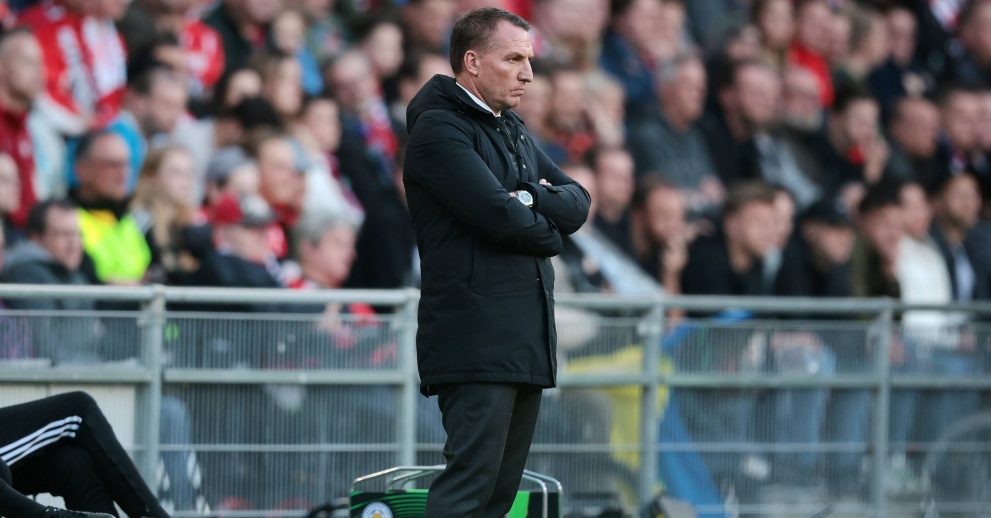 This is a huge season for Leicester City. During the last three years, the Foxes have been on an impressive journey, challenging for Champions League football and winning the FA Cup. In an era of state ownership and cynicism, their rise has been organic.

In 2016, they completed arguably the most romantic underdog story ever seen in English sporting history. From the verge of relegation the year before, they stunned everybody by winning the Premier League title. As amazing as that achievement was, it was seen as little more than a crazy and unexplainable event. It was assumed that normal service would soon resume.

Although players like N’Golo Kante, Riyad Mahrez, and Jamie Vardy have never looked back, becoming highly-rated performers at the top level, the club was back battling relegation the next season. Nine months after guiding them to success, manager Claudio Ranieri was sacked.

But their recent development has been different; Leicester have become one of the most sustainable teams in Europe. Good recruitment and effective, easy-on-the-eye football courtesy of Brendan Rodgers has provided them with sound foundations. It felt like they would be in and around the top four for years to come.

Last season, though, was different. Recruitment wasn’t quite as strong, injuries to key players proved costly, and Rodgers began to feel the pressure when the team inevitably struggled to maintain its trajectory.

Fans are desperate to regain their place among the elite, but now that is far from certain. What is the mood like around the club right now, as a result?

“The fans are split into two camps,” Charlie Carmichael, Leicester fan and Commercial Content Lead at Give Me Sport, tells Compare.Bet. “Some feel that, with all our players now back from injury and no European football to worry about, we can once again challenge the top six. Others think our lack of signings and vulnerability at set pieces will lead to another decline, and we’ll end up somewhere in midtable.

“Fans aren’t happy about the lack of signings, not that it’s Rodgers’ fault. He has tried to temper expectations in a few pre-season interviews, stating we need to be realistic and realise the constraints we’re operating under.

“And while that’s true, it’s not been well-received. Supporters feel we should be more ambitious. The current squad is, after all, almost identical to the one that finished 5th in consecutive seasons and won the FA Cup.

“Another point of pressure is our set piece woes. Rodgers has gone on record to say this won’t be a problem this season, with any previous weaknesses being ironed out, so if we concede from a few soft corners early doors the pressure will be ramped right up.”

While Rodgers remains a talented coach with a reputation to back him up, there is a sense of unease between him and some of the Leicester fans.

While Carmichael admits it’s far from beyond the realms of possibility that he can regain the full trust of the King Power Stadium terraces, there is a sense that he has relied on excuses.

“Rodgers is a very good coach. That’s hard to dispute. But he’s always carried this reputation as a bit of an egomaniac. Someone who regularly says and does things that make you think he’s in some sort of Ricky Gervais sketch with a hidden camera.

“If results were to take a turn for the worse — and he didn’t have the injury issues to fall back on as an excuse — those David Brent-isms that are regularly laughed off would soon generate a lot of anger instead. That’s when things could get ugly.

“Should we see the Leicester side from his early years turn up — intricate, press-orientated, quick in transition — then he’ll be back in every fan’s good books in no time. Supporters know how good this team can be. They just want Rodgers to find that magic formula once again.”

Now, Leicester appear to be at the end of a cycle. Huge changes are needed, but none have yet been made. Despite a number of ageing players in the squad, Carmichael points to a number of exciting prospects, too. But the current transfer outlook is a source of particular frustration.

“A transition is definitely on the horizon. Rodgers spoke about this last season, saying there would be a ‘refresh’ this summer. Most fans took that as a sign that we had a busy transfer window ahead. That hasn’t materialised, and the narrative has now shifted to a ‘refresh of mentality’, which is another grievance. This constant shifting of the dial hasn’t gone down well.

“Regardless, with Kasper Schmeichel, Jonny Evans, and Jamie Vardy now all in their mid-thirties, it’s clear we’re in need of a new spine. However, Wesley Fofana, Kiernan Dewsbury-Hall, and James Maddison all represent an exciting future — whether that’s with us or being sold for a handsome price — so it’s not all doom and gloom.

“Leicester are currently operating on a ‘sell before you buy’ policy. The squad is bloated, with way too many senior players on the books for a 25-man Premier League squad.

“The issue we have is that no one wants to sign our deadwood. This is in part because of the extortionate wages Leicester have handed out over the years. The likes of Jannik Vestergaard, Ryan Bertrand, and Hamza Choudhury are all on big money and seem unwilling to drop their demands in order to get regular game time elsewhere.

“Combine that with the financial impact the pandemic had on the duty-free travel industry — King Power’s main source of income — and it’s easy to see why we’re struggling.

“Recruitment is a major area of concern. One of the reasons we’re in a bit of a mess currently is directly down to the signings we made last summer falling well short of the mark.

“It’s all well and good speaking about an overhaul, but without identifying the right targets it can go very badly very quickly. I still have faith in the club to get it right long term, but a few more dud signings and we’ll be right up against it.

One player Leicester looks likely to sell against their preference is Youri Tielemans. The Belgian midfielder is one of the driving forces behind their rise – scoring the winner in the 2021 FA Cup final – but his contract runs out in a year, and Arsenal have reportedly agreed personal terms with him.

“The general consensus is that he will leave still,” Carmichael said before the reports of Arsenal’s progress broke. “We’re waiting on a domino effect: once Arsenal sell a few fringe players I fully expect for them to come back in for Tielemans. That will then allow us to spend some money and strengthen the squad.

“Tielemans will be remembered very fondly by fans — not least for his FA Cup Final heroics — but the writing seems to be on the wall here.”

But Vardy, even at the age of 35, offers a beacon of hope. He has been Leicester’s talisman for years, and though he may be slowing down, if he can stay fit, Leicester will have one of the best strikers in England leading their line.

“You can never write off Jamie Vardy,” Carmichael concludes. “Age may be catching up with him slightly, but when fully fit he’s still a lethal threat. If Vardy can stay fit and play a big part in Leicester’s Premier League campaign, I’d expect him to be coming in around the 20-goal mark.

“Replacing him in the next season or two will be critical. Patson Daka has had a season to adapt, so it’ll be interesting to see if he can step up. Beyond that, I think we’d just have to strengthen our general attack. There’s only one Jamie Vardy, and a replacement of similar calibre would be well out of Leicester’s price range.”

Leicester will still be a major force in the Premier League next season. Rivals underestimate them at their peril. But there are also issues they have to iron out if they are to reach their potential again.