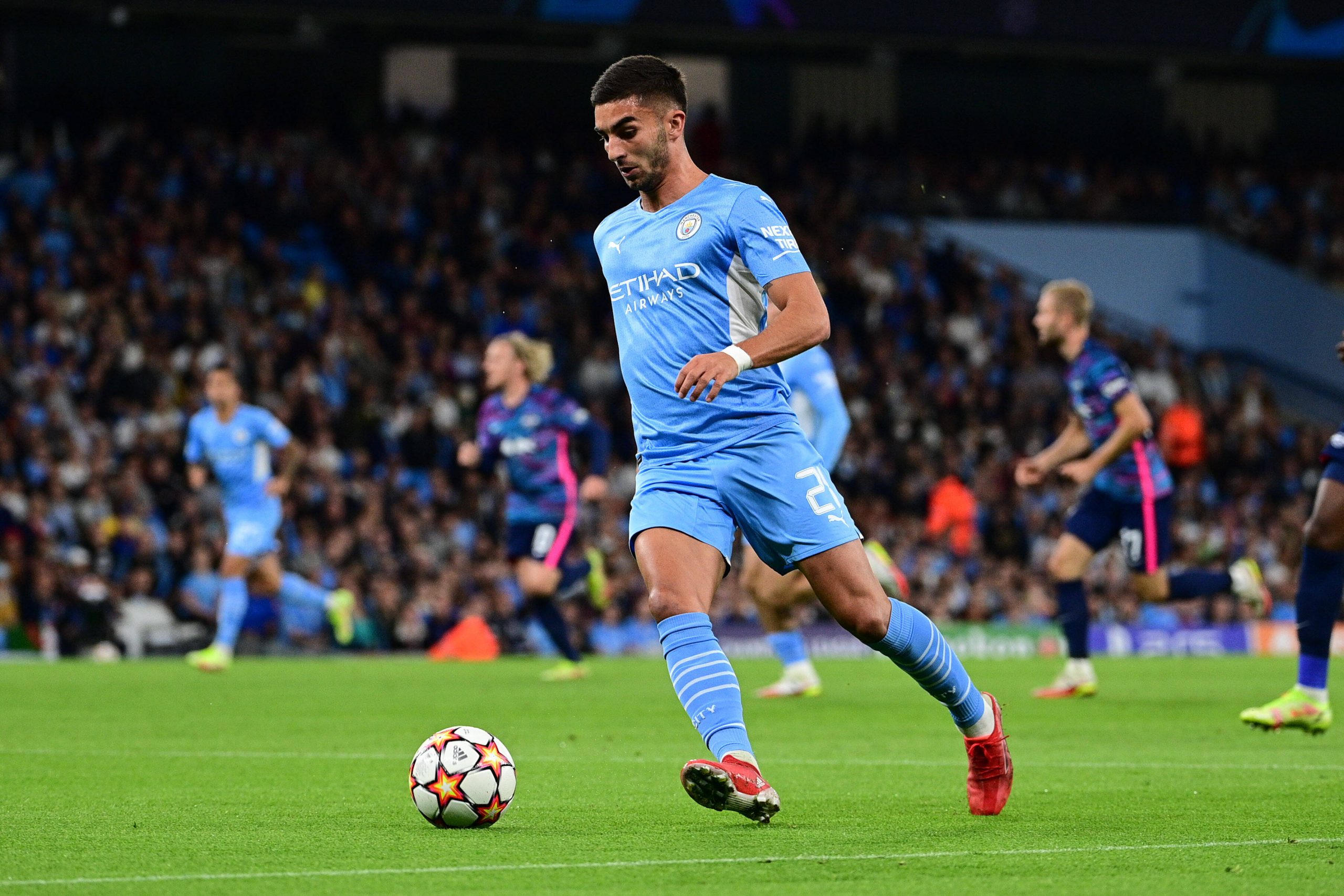 Manchester City’s 2021/22 campaign has so far been defined by a player who isn’t even at the club. Harry Kane was the Premier League champions’ very public first-pick to fill the centre forward position left vacant by Sergio Aguero at the end of last season. In many ways, it seems City counted on the England captain ultimately pitching up at the Etihad Stadium this summer.

When Tottenham Hotspur dug their heels in and refused to sell Kane, their prize asset, it left Pep Guardiola with some thinking to do. Alternative options were mentioned (Erling Haaland, Cristiano Ronaldo, Lautaro Martinez etc.), but Manchester City have seemingly made the decision to stay patient and wait for their top target.

In the meantime, City have to get by without Kane, and Ferran Torres is helping them do this. Guardiola must be thankful for the continued development of the Spanish international who, at this moment in time, looks the Premier League champions’ best option in the centre forward position.

Signed from Valencia as a winger two summers ago, Torres has absorbed many of Guardiola’s ideas to the point that the 21-year-old now performs a very different role. He is a different player than he was at the time of his arrival at the Etihad Stadium, which is just as well for City who have become somewhat reliant on him.

Guardiola has used a number of different players at centre forward this season. Against Chelsea last month, Phil Foden was deployed through the middle. However, the 21-year-old’s role in this specific instance was to lead the high press. Foden still carried a goal threat, but his primary purpose in this system was on the defensive side of the ball.

Against Liverpool one week later, Jack Grealish was selected as centre forward. He too has an inherent goal threat, but the £100m man was in this position to absorb the ball, draw defenders and create space for Foden on the left and Gabriel Jesus on the right. For the biggest matches, Guardiola likes to use his number nine as a tactical totem.

However, when it is on Manchester City to impose their own game on an opponent, when they are strong favourites as is the case for most fixtures, Torres is the one who gives them the sharpest cutting edge in and around the penalty box. City create more goalscoring chances than most and the Spaniard converts more than any other in Guardiola’s squad.

“In this position he makes a movement like the best strikers in behind, moving incredibly well,” Guardiola recently said when asked to explain Torres’ development as a centre forward. “His movement is similar to Jamie Vardy. He is very young. Manchester City did a great job buying him for a great price. I’m very pleased with his movements, work ethic, and he has learned many things.”

Movement is key to Torres’ game. Guardiola is right to highlight this because it’s the thing that makes the Spaniard so useful to Manchester City. There are other top tier attackers in the Etihad Stadium dressing room, but none have the natural instinct to get into goalscoring positions like Torres.

And they both put one past a Gigi in the Italy goal. 👀 pic.twitter.com/G5lAzJXzl1

At 6ft, Torres is hardly the most physically imposing of centre forwards, but he is now a serious threat in the air. This was evident in the two goals the 21-year-old scored for Spain in their UEFA Nations League semi-final win over Italy — his movement made it very difficult for opposition defenders to pick him up.

Crosses have been a more important part of Manchester City’s game this season than many might imagine. Guardiola’s approach has always been about getting the ball on the ground and using passing triangles to draw out opponents, but only two teams (Liverpool and Burnley — 28) have played more crosses per game in the Premier League this season than the defending champions (26).

The likes of Foden, Grealish and Raheem Sterling, all of whom have been used as centre forwards by Guardiola this season, are generally incapable of making the most of those deliveries into the middle, but Torres is. He has it within his skill set to get on the end of a cross whether it’s with his head or on the volley.

Torres is City’s most reliably productive attacker. Not only is he currently the club’s joint-top scorer  in the Premier League this season, the Spaniard has averaged more shots per game (3.3) than any other Manchester City player this season. Torres also wins one aerial duel per match, higher than any other non-defensive figure at the club.

The Manchester City man has two 🔥

It could well be the case that Guardiola still wants to add Kane to his squad next summer, when Tottenham might be more open to offers for the striker. It’s certainly true that Kane is more of a final third conductor than Torres with the England captain more willing to drop deep and drive teams forward.

However, Torres has a full season to prove that he can be the centre forward of the future for City and to prove they don’t need Kane. Guardiola’s track record with orthodox centre forwards like Kane is patchy — Samuel Eto’o and Zlatan Ibrahimovic would certainly attest to this. Robert Lewandowski thrived under the Catalan, but he is something of an exception to the rule.

City’s current frontline is the most fluid in the Premier League. Foden, Grealish, Sterling and Torres are all capable of playing in any position in the attacking third and embody Guardiola’s approach to management — the former Barcelona and Bayern Munich boss wants his players, particularly his attackers, to be more than one thing.

In many ways, Torres is the perfect Guardiola centre forward, even more so than Kane. The Spaniard has the skill set of a wide forward and increasingly the movement of a number nine. Manchester City are a team that uses the space on the pitch just as well as they use the ball and Torres is a symbol of this.