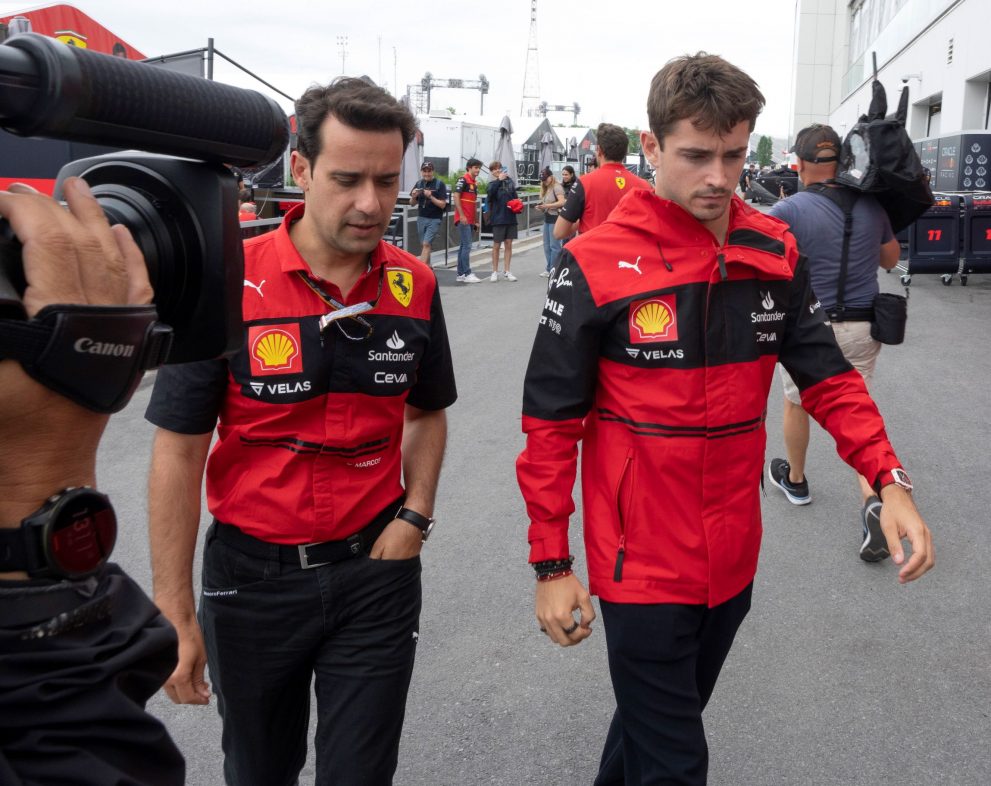 By Graham Ruthven
For the first time in three years, F1 is back in Montreal for the Canadian Grand Prix and this weekend’s race has the potential to be a pivotal moment in the 2022 season. After last weekend’s Red Bull one-two, Ferrari need a strong showing to keep the title fight alive in both the drivers’ and constructors’ championships.
Indeed, the last few races have been rough for Ferrari. The Scuderia started the year with blistering pace, and they still have that pace, but reliability issues have since stopped them in their tracks. In particular, DNFs at the Azerbaijan Grand Prix and Spanish Grand Prix might have dealt a critical blow to Charles Leclerc’s chances of a maiden title.

Ferrari claim they have a short-term fix for the hydraulic problem that forced Carlos Sainz’s early retirement in Baku, but they have yet to find a solution for Leclerc’s engine troubles. It’s possible this could change before Friday practice at the Circuit Gilles Villeneuve, but these are concerning times for Leclerc who has failed to convert pole into a win in his last four races.
Leclerc is set to take a new power unit for the Canadian Grand Prix, which is somewhat unsurprising given how important straight-line speed is at the Circuit Gilles Villeneuve. Ferrari are competitive when they can keep their car on the track, but many are now questioning if the Scuderia have manufactured an engine that can win races over the full season.
“People will finally see the potential that we have to win the championship,” said Leclerc when asked whether he still believed he could win the drivers’ championship. “So the approach I want to maintain for the rest of the year is to not focus too much [on the title race] and to avoid telling myself we are really fighting for the championship.”
Max Verstappen (10/11 favourite) must be feeling good about his chances of retaining his drivers’ championship title after winning four of the last five races. Yet there are signs that the Dutch driver isn’t yet completely comfortable with Red Bull’s R18 car, and that has been evident in some of his qualifying performances.
Last weekend was a significant one for Sergio Perez as he jumped into second place in the drivers’ championship due to Leclerc’s failure to finish. The Mexican driver continues to deliver points for Red Bull, but his second-place finish at the Azerbaijan Grand Prix came with conformation of his place within his own team – Red Bull took the decision to switch their drivers, keeping Verstappen in top spot.
No driver has won more races at the Circuit Gilles Villeneuve than Lewis Hamilton (seven), but it seems unlikely that the seven-time world champion will claim another chequered flag this weekend such is his poor form at the moment. It might even be beyond Hamilton to finish on the podium this weekend.
There were doubts Hamilton would even race this weekend after he climbed out of his troublesome Mercedes W13 car following the Azerbaijan Grand Prix with back pain. Mercedes have still to solve the porpoising issue that has dogged them since the start of the year. Other teams have been able to maintain a high speed while bouncing. The Silver Arrows, however, have not.

Mercedes chief strategist James Vowles admitted after the race in Baku that the team was too aggressive with its set up and this contributed to the porpoising problem. “On this occasion, though, we pushed the package and our drivers too far. We are putting them into significant discomfort and we simply can’t do that again,” he said.
George Russell (33/1 to win) appears to be handling the Mercedes W13 better than his more experienced teammate with the 24-year-old currently fourth in the drivers’ championship standings. Russell is achieving consistent results and getting the best out of a car that is seemingly incapable of delivering race victories. Russell couldn’t be doing much more with what he has.
Daniel Ricciardo could use a good showing at the Canadian Grand Prix with the Australian driver suffering a dreadful start to the 2022 season so far. The 32-year-old is an eight-time race winner, but has only picked up 15 points this year. Even after bouncing back in Baku with an eighth place finish, there is pressure on Ricciardo to at least match the performances of his McLaren teammate, Lando Norris.
After finishing in sixth at the Azerbaijan Grand Prix, Sebastian Vettel will be hoping for another good showing this weekend. The former world champion said after Baku that the upgrades brought in by Aston Martin at Barcelona have increased the performance of the car and that he is now pushing the boundaries of what the team can achieve.
The track at the Circuit Gilles Villeneuve is relatively similar to the one in Baku and so Vettel can hope to produce another good performance as Aston Martin work to find form. Aston Martin could even emerge as the leading midfield team at the Canadian Grand Prix this weekend, assuming Lance Stroll can also collect points. Vettel is overpriced at 750/1.
In terms of the primary storyline ahead of this weekend in Montreal, though, all eyes are set on the front of the pack where Red Bull could decisively pull away from the rest of the competition (Ferrari, most notably) with another race victory. Christian Horner’s team has overcome some early reliability issues and now look somewhat unstoppable.
Leclerc has lost 80 points in the last five races to Verstappen in the drivers’ championship. He has lost so much ground that Perez has jumped over him in the standings. If Leclerc is to compete with Verstappen this season, he needs a podium finish at the very least in Montreal. Anything less than that and the 2022 F1 title race risks becoming a procession.