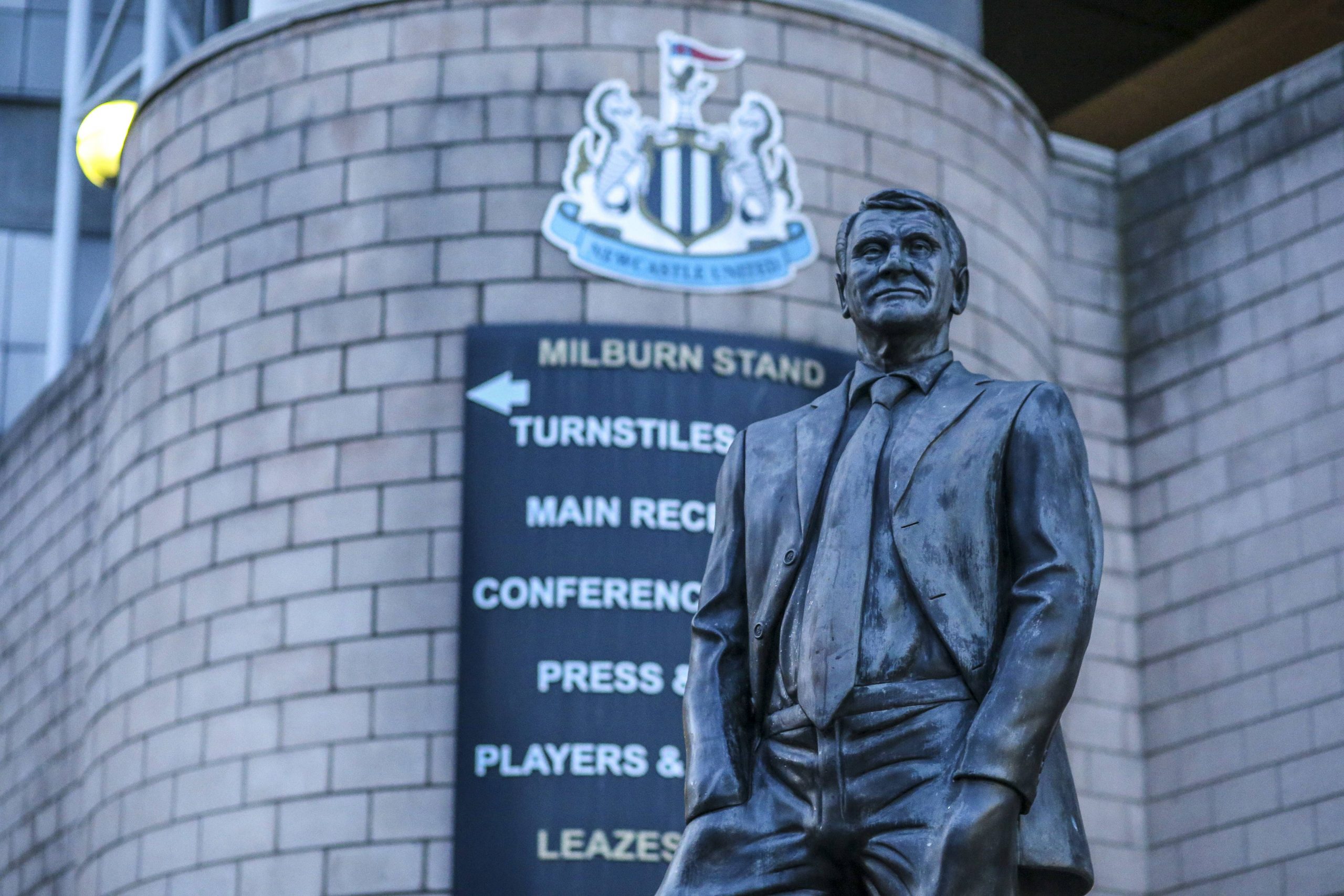 Charlie Woods, the former Newcastle United and Tottenham Hotspur chief scout, is absolutely certain and forthright when asked about the transition into data and video analysis in modern-day recruitment.

Woods is 80 years old now and looking back at his career over a decade on from retirement. It started on the football pitch with the likes of Newcastle and Bournemouth, transitioned to the sidelines, coaching at Ipswich Town, before he spent the rest of his time in the game scouting and in consultancy roles.

In all, Woods spent over 50 years in professional football; he met and worked with plenty of the game’s biggest and most important names. One man stood out, though, the man he worked with for so long at Ipswich in the 1970s and early 80s, before reuniting with him at Newcastle in 1999, after a stint unofficially scouting opposition for him during his time as England manager at Italia ‘90: Sir Bobby Robson.

Their working relationship was built on trust; even more so than most.

“Bobby always used to say, ‘two pairs of eyes are better than one’. I’d still go by that now, because I think it is important. You would compile reports on players you’d watched and I would get Bobby, or George Graham or [Director of Football] David Pleat at Spurs, to come and see a player if I could. Most of your work would be done over the season in the run up to the summer. Then you sit down with the chairman and go through your list; you’ll always have your priority on there, but there aren’t fifteen names on it. You would select a good four and try and target them.

“There was one time, at Newcastle, when Bobby needed a left-back or left-sided centre back. I’d seen Sylvain Distin, who went on to be a fantastic player for Newcastle, before playing for Manchester City and Everton. He said to me, ‘Well, I don’t know him’. So I replied, ‘just go and get him, will you? He’s quick; he’s not the best of defenders but you can teach him that.’ Bobby said he was relying on my judgment and I told him Distin wouldn’t let him down. He came and did very well for us.”

“Then there’s Charles N’Zogbia. I can’t remember the agent, but he’d asked me to take N’Zogbia on trial. I hadn’t seen him play and we set up a practice match and about halfway through, Alan Shearer comes up to me and says, ‘Charlie, where have you been hiding this lad?’ and we signed him.”

In such a high-pressure environment with scrutiny on signings and the effect of poor results becoming more prominent year on year, it is imperative for a scout to stand up for themselves and make their points known. At Newcastle, Woods and Freddy Shepherd endured a rocky relationship at times, but working with Alan Sugar at Tottenham in the late 1990s thrust him into the spotlight on one particular day early in his spell at the club.

“I’d been in the job about three weeks,” he laughs. “David Pleat comes in and says, ‘the chairman wants to talk to you.’ So we go into his office and Christian Gross, the manager at the time, is sitting there. So there’s the chairman, Christian and David. Sugar says to me, ‘Charlie, who have you targeted?’ I said, ‘hang on a minute, I’ve only been in the job a minute!’ He says, ‘so you haven’t targeted anybody?’ My reply was,’ ‘not particularly, but let me tell you something Mr Chairman, I’ve seen the first team play in a pre-season friendly at Peterborough [United] and we don’t need one player, we need four or five! He got a shock, because I’d told him how things really were.

“But eventually when I was out looking for players, I went to Argentina and I was watching Boca Juniors’ second team against River Plate. I found someone who, on my report, I wrote was ‘made for the Premier League’, that player was Walter Samuel, who went on to play for Real Madrid and Argentina.

“When I left to go to Newcastle, Graham Carr who replaced me at Spurs rang me after looking through the reports and said, ‘blimey, Charlie, there are some fabulous players here!’”

It was another former England boss, Ron Greenwood, who broadened Woods’ view of scouting when they met in the Ipswich boardroom many years earlier, while he was at West Ham United and before he took over with the national side.

“I asked him, ‘Mr Greenwood, tell me what you see in a player.’ He told me, ‘if there’s something about them that pleases my eye.’ I had to ask him if it were that’s simple and he said, ‘Charlie, it is. If you see something in him that you can work with him and improve him, that’s a great start.’

“When you look at the players Bobby brought through the youth system at Ipswich, it vindicates that. You look at George Burley, Terry Butcher, Russell Osman, Eric Gates, they all came from the youth policy. They became international players and helped Bobby win the FA Cup and UEFA Cup, and it all started with his scouting system.

“A chap called John Carruthers, who lived in Carlisle, was the northern scout and he brought Paul Gascoigne from Newcastle when he was 14. That is absolutely true; we were the first team to tempt him away, but then Newcastle heard about it and quickly signed him.”

Woods notes a change in the recruitment landscape at clubs is the role of agents. Little more than a deal facilitator in his days trawling across the world looking at players, now they play a central role in many deals.

“The fella who has just gone into Tottenham from Wolves [Nuno Espírito Santo], most of his signing as were Portuguese and that is Jorge Mendes’ influence. Now he’s at Tottenham and it could go the same way, unless they are strong enough to resist.

“Say I was in Belgium or Holland, an agent would pick me up from the airport and take me to the game. I’d watch his player and if I liked him, I would talk to him again. If I didn’t, I might keep him in mind, but that was it. Agents were there to get you tickets and drive you to games, that is the way it was. But you would talk to them about players.”

For all the agent intervention and data analysis, Woods believes scouting hasn’t really changed. He repeats what he said earlier before the interview is over.

‘You have to watch a player with your own eyes. That is the only way to be sure he is the right one.’