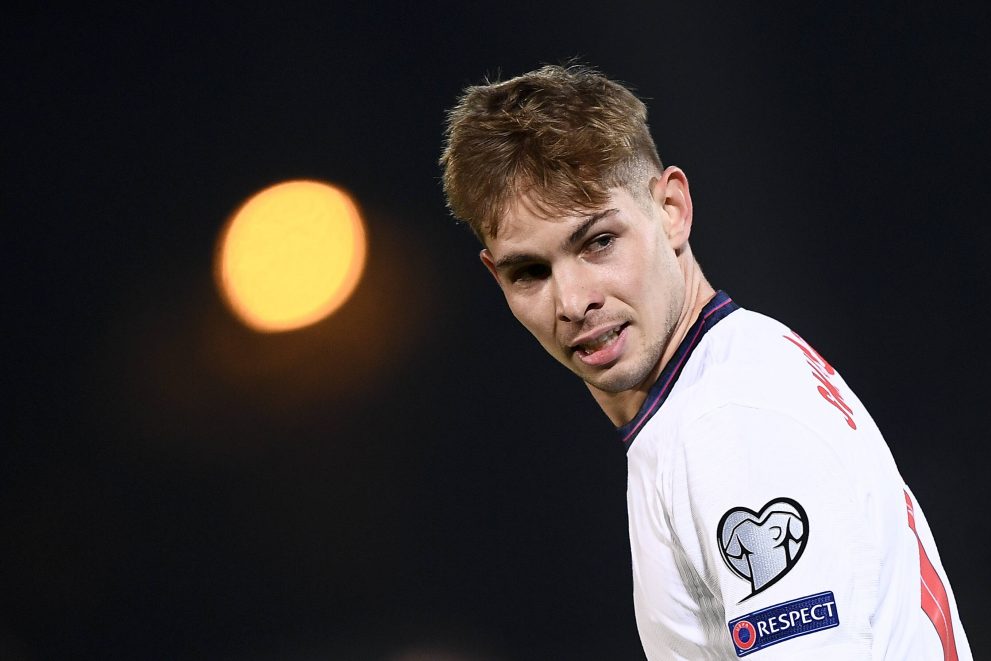 Emile Smith Rowe running downstairs to tell his mum that he had been called up to the England senior squad in what he describes as an “emotional moment” really does sum up the grounding and relatability of Gareth Southgate’s modern version of the national side.

Cohesion and connectivity, with each other but also the media and fans, has replaced a culture of reserved, ego-driven closed-mindedness. It is nothing the squads of yesteryear were doing knowingly, but their role was to turn up to an international camp, play the matches and return to their clubs. Besides the honour of wearing their country’s shirt, there didn’t seem like much to enjoy. It has all but been confirmed that past generations put club rivalries above anything else, with ex-players talking about how hard it was to switch from the fiery competition of a Premier League title race to the common goal of winning a match for England. Even if there were moments of togetherness, they were behind closed doors, locked away and feeding a sense of unease between the squad and the outside world. Everything just felt hollow.

Southgate has embraced accessibility, and the best England team since 1966, statistically, is also the most open, too. Diversity is key, again promoted from within; his team is full of social awareness, and that makes all the difference. Smith Rowe is another young player, the latest in a long line, who not only deserves his chance based on his performances at Arsenal, but will now be willed on by fans who have seen a personable side to him.

Gareth Southgate on his potential contract extension: “There aren’t a huge number of jobs out there and being the manager of England is a massive privilege, so of course I take that responsibility really responsibly. It means a lot to me to be in the position I am”. 🏴󠁧󠁢󠁥󠁮󠁧󠁿 @guardian pic.twitter.com/6EDqRvPcRA

It has been a whirlwind 11 months or so for the 21-year-old. With the Gunners struggling for form and identity, he was thrust into the first team on Boxing Day last year against Chelsea. His chance almost came from nowhere, but now, alongside close friend, fellow academy graduate and now England teammate Bukayo Saka, he is arguably one of the club’s linchpins. Some would say international recognition has been a long time coming; Arsenal fans were surprised it took Marcus Rashford’s withdrawal from the squad for it to arrive this time.

“There were always flashes of his talent when he was coming through,” Harry Symeou, host of the Chronicles of a Gooner podcast, tells Compare.Bet. “He’s got incredible dribbling technique and a great footballing brain, but what we saw last Christmas when he emerged was that he’d learnt from loan spells at RB Leipzig and Huddersfield.

“Time in the Championship definitely helped him physically. I always saw him as a talented boy; now he is a talented man.”

Smith Rowe was given the number 10 shirt at Arsenal following the departure of Mesut Özil, a decision Symeou describes as central to the club’s wider marketing strategy.

“You could argue he deserves it because of the way he made an impact and won the hearts of the fans, but I think it was also a really clever piece of PR. It was a way for Arsenal to get fans to buy into the project of building a new side and encouraging youth. They used Smith Rowe as a pinup boy, as a tool; everybody was impressed, but giving him the number 10, maybe prematurely, has proven to be the right decision. It was a way for Arsenal to show that it was ‘out with the old and in with the new’.”

Smith-Rowe’s prowess in the middle of the park is testament to the number of quality creative midfielders Southgate now has at his disposal, signalling a marked improvement in the technical side of England’s game. Smith Rowe will now be thrust into direct competition with Chelsea’s Mason Mount, Manchester City pair Phil Foden and Jack Grealish and even Leicester City’s James Maddison, who has fallen out of favour in recent months, for a position in the side.

Nonetheless, this season has seen Smith Rowe’s own trajectory carry on in a positive direction. He has already scored four goals this season, and he is becoming ever more vital to Arsenal’s attacking output. Compared to a year ago, he is still averaging 1.4 key passes per Premier League game, but the evidence that he is taking more responsibility lies in the dribbling stats. He was averaging just 0.5 dribbles, now he is hitting almost two per game; it is hard to say that he doesn’t deserve the recognition of such a heavy weighing shirt number when he is pulling the strings as often as he is right now. A growth of shots per game from 0.8 to 1.5 adds to his effectiveness in the final third, but it is important that he maintains these numbers and with them, his momentum.

Chelsea’s early season form has placed them right in contention for the title, and Mount’s form has been crucial to that. He is setting a creative bar for Smith Rowe to reach, playing an average of two key passes and making two dribbles per game, with two assists, the same as the Arsenal man, and one fewer goal. Phil Foden, the other more direct rival for a central attacking midfield role, hits 3.5 key passes in the Premier League for Manchester City; the competition is fierce.

Symeou, though, believes Smith Rowe earning the right to even be in the same conversation as more established young stars shows how far Smith Rowe has come in such a short space of time.

“These qualifiers felt like a good time to give him a go,” he says. “A lot of fans were surprised he wasn’t selected on form. Now he is in, you’ve got to look at the positives; it is a huge confidence boost to know you are being recognised at another level, not just by Mikel Arteta. Players can get trapped in a bubble with their coach; sometimes you need validation from outside sources to say what you are doing is good. At this stage of his development, an England call up further cements the fact he is on the right track.

“Of course he’ll be in the conversation soon. Jamie Carragher called him the best carrier of a ball in the league; I think he has bulked up, too, and he has recognised he needed to become robust. I don’t expect him to start for England right away, but this is about recognition.”

The fact Smith Rowe has broken yet another barrier suggests he is indeed set for a great career with England and Arsenal. While he’ll be another great option for his country, he could drive his club to new heights in a bright future after some different years.