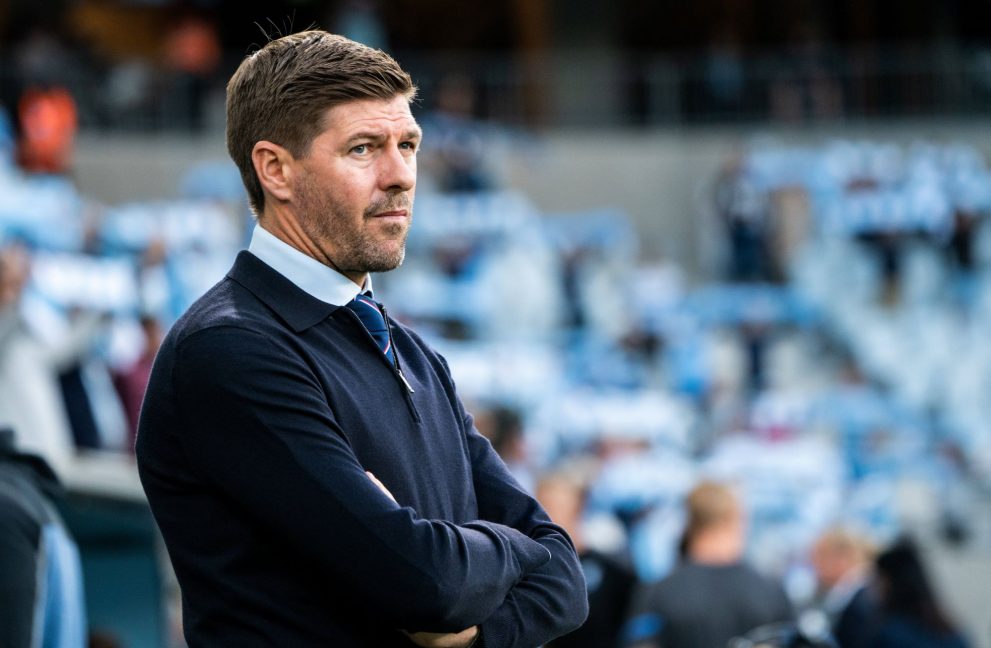 From the moment that Steven Gerrard was appointed Aston Villa’s new boss the media went into a speculative frenzy about the possibility of the 41-year-old one day succeeding Jurgen Klopp at Anfield. There were even articles campaigning for Villa’s trip to Merseyside next month to be rescheduled so it could be televised. The interest in a hypothetical situation that may, or may not, transpire in the future, far exceeded due attention to what was occurring before our eyes.

Which, to an extent, is understandable. Gerrard is a stonewall Liverpool legend; a long-standing, one-club servant who inspired the Reds to Champions League success and made over 500 Premier League appearances. It would undeniably be a seismic development should the former midfielder follow the career path of Kenny Dalglish and swap the hallowed Anfield turf for the dug-out and in this regard, it’s highly pertinent that Gerrard cut his managerial teeth at Melwood, leading the Under 18s for a season prior to heading north of the border.

Yet still, focusing on a what-if amidst a significant news story felt somewhat disrespectful to the club Gerrard has left behind, 13 games into a title defence, and a proud Premier League outfit who are infinitely more than a stepping-stone to a potential dream job. Both Rangers and Villa deserved better from the coverage this past week.

Aston Villa Football Club is delighted to announce the appointment of Steven Gerrard as our new Head Coach. 🟣

What made this distraction all the more exasperating is that Gerrard’s switch from Ibrox to Villa Park is box-office enough; a departure/appointment that throws up a plethora of fascinating questions that concerns all parties. How will Rangers now fare after seeing their fortunes transformed by the revered Liverpudlian? How will Gerrard cope with the very different demands of the Premier League, a division he is greatly familiar with but not from the other side of the touchline, and not from the standpoint of a potential relegation scrap. Since selling their instrumental schemer Jack Grealish in the summer, Villa have endured a traumatic campaign so far that’s seen them lose seven of their 11 fixtures. Turning that poor form around is an enormous task for even a seasoned manager of fine repute. Gerrard, for all his achievements in Scotland, guiding the Gers to a first league championship for a decade, is still a relative rookie at his trade.

The Villans are a well-priced 29/20 to beat Brighton this Saturday in Gerrard’s first game at the helm. The disputable phenomenon of a ‘new manager bounce’ may come into effect, but it’s worth noting that the last Villa manager to win their first top-flight game in charge was John Gregory all the way back in 1998.

Extending on the latter query, success or failure in the Midlands will largely depend on how Villa’s new coach sets them up. The strategies he implements amidst the pressurised environs of a relegation fight are going to be crucial. “We are going to play slightly different to what’s been before,” Gerrard stated in his inaugural press conference. “I want to put my own stamp on things.”

But when working out how this stamp will manifest itself, we arrive at a surprising conclusion; little is known about his preferred style of football. The 290-mile distance between Glasgow and Birmingham is a mere hop and a skip in modern football terms, with managers from every corner of th globe working in the Premier League. But with the Scottish Premiership largely basking in the shadow of the Premier League’s global domination, there won’t be many Aston Villa supporters overly knowledgeable of Gerrard’s coaching methods.

Therefore, it can be deduced that one of the most well-known figures in British football – fresh from completing a truly historic feat  – remains a fairly unknown quantity.

The same incidentally can also be said of Leon Bailey, the flying winger who arrived from Bayer Leverkusen in the summer to much fanfare. Having not yet shown his full capabilities might he be inspired by Gerrard’s appointment and impress this Saturday? The Jamaican is 3/1 to score anytime.

To better understand how Gerrard operates in a coaching capacity: to appreciate his ‘philosophy’ is, as well as assessing where his strengths and weaknesses lie, it is logical to seek out the thoughts of Rangers fans. It is, after all, they who have watched him from close quarters these past three seasons as finally broke Celtic’s stranglehold on Scottish football.

Arsenal head coach Mikel Arteta says he is thankful to new Aston Villa boss Steven Gerrard for the job he did in his previous role at Rangers, where the Spaniard played earlier in his career.pic.twitter.com/HPDzt1lElD

Jamie Currie is a lifelong, devoted supporter who believes Gerrard will attack Villa’s predicament, but not at all costs.

“He’s attack-minded. He will get his full-backs high and use two of the central midfielders to cover. But he’s not naive enough to set up the same against Brighton at home, then do similar at Anfield, for example. He will go with his 433 but if that’s being overrun or being worked out, he’ll change to a 442 (flat or diamond) or 4231 which he has used at times too.

In terms of chasing games, he went for it. Particularly at Rangers where the pressure to win is every week.”

Jamie was impressed with how the newbie coach quickly evolved, growing into a role that has shrunk lesser men. There are few more demanding challenges than taking charge of either Glasgow giant.

“Gerrard used to carry himself like a disappointed captain. But now he’s got the experience to detach himself, no longer throwing his players under the bus. I think that was a big factor in him improving as a coach.

Also, it has to be said, his backroom team is massive for him. He is the motivational figure; Mick Beale is the tactical brain and Tom Culshaw is the set-piece guy. And they all seem to mesh very well. It’s no surprise Gerrard took them to Villa with him.”

As for flaws, a lack of improvisation is first on the list.

“Normally, he trusts the XI he picked to change the game, but I would say about 6/10 times roughly he would make the wrong sub.”

John Walker from the respected Rangers Rabbles podcast agrees that the former England international was often reluctant to make in-game changes and when he did, they could go awry.

“Gerrard typically hates a sub until late and that can be frustrating. It felt like we only really had a good plan A, a clear philosophy which was 4-3-3.”

Even so, Walker was very much sold on the plan in question, which ultimately brought his club a cherished title last May.

“His defenders will operate as full backs playing as two high and wide wingers in possession. The outside centre-midfielders will create false full-back options for the centre-backs to play through. And his two wide forwards become number tens to try and penetrate centrally with overloads.

Out of possession, he’ll allow the ball to go wide all of the time if they’re unable to press. Gerrard is happy to defend crosses into the box. Overall, the football is pretty when it works.”

Like Jamie, John is quick to state the importance of Gerrard’s back-room staff, describing Beale and Culshaw as ‘incredible’, while again Villa’s new gaffer is praised for how he’s developed off the pitch.

“As a person he’s great at PR, always measured in responses…never too high, never too low.”

Such qualities will surely be needed as this legendary figure of modern-day football embarks on his toughest task yet; rescuing an ailing Villa side while also cementing his credentials on the global stage.

Should Gerrard opt for his preferred Plan A against the Seagulls, goals may follow. Villa are 3/1 to win and score over 2.5 this weekend.