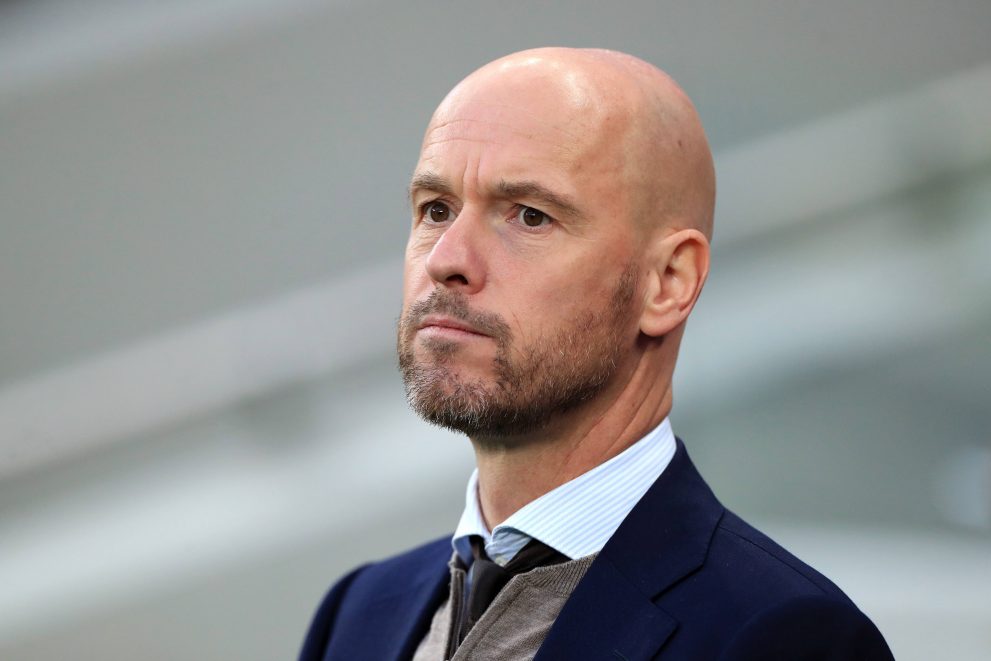 Erik ten Hag has a big job on his hands. The former Ajax manager is tasked with ‘fixing’ Manchester United, if that is even possible. Sir Alex Ferguson set a standard that is increasingly difficult to match.

His first responsibility will be to implement a philosophy and give the club an identity. That has to come before trophies and serious competition; it is why he was chosen as the man to oversee this new era. His Ajax team was special, dominating Dutch football and, in 2019, almost making it to the Champions League final.

🗣 Daley Blind on Erik ten Hag: “In Ajax, he knows that everyone in the club is important and everyone needs to be involved to get to that winning mentality. He wants to keep everything close, and I think he is also a control freak. He wants to be on top of everything.” pic.twitter.com/GTMhBcyf0y

They played fast, energetic, possession-based football, and the pressure will be on for him to deliver something similar at Old Trafford. In many ways, the brief he had in Amsterdam was similar; tradition, history and expectation were there for him to match, but he didn’t face the pressure he will at the Premier League’s most successful club.

Critics say ten Hag will struggle to make that step up, but Karan Tejwani, author of ‘Glorious Reinvention’, a book on Ajax’s rebirth, disagrees.

“It’s easy to write off Ajax’s success, as the casual fan would believe they should win everything domestically. But prior to his arrival, they hadn’t won the league in three-and-a-half years,” Tejwani tells Compare.Bet. “He came in with a big reputation for his tactical acumen – even when he was at Utrecht he was regarded as the crown prince of modern Dutch coaching.

“It’s a good label to have because between the Louis van Gaal and Guus Hiddink era and now, there was a gap in quality of Dutch coaches, but ten Hag seems to have filled that.”

So what kind of coach are Manchester United getting? A less then professional dressing room culture has caused issues for many of his predecessors, while they have lacked any depth tactically for years, fritting from system to system without coherence. According to Tejwani, ten Hag will solve a number of big issues.

“Most of the players I spoke to about him said he’s meticulous and thorough in his planning, as well as a disciplinarian. A lot depends on how much support he gets. Van Gaal and Jose Mourinho weren’t bad managers when they were there, while Ole Gunnar Solskjaer set good foundations.

“There’s a big task ahead for ten Hag, which is to clean up the mess left before him and set out his own ideas and he’s not helped by the convolution of the club. Tactically, as a manager, he’s got the right football ideas which can certainly work out, but he needs the right profiles in the squad, which they currently don’t possess.

“I’ve always felt it’ll be bad before it gets better, especially if the club don’t get his transfer targets. Manchester United, as a team, haven’t had a coach with clear, consistent coaching patterns in a while – I don’t think Solskjaer was very well-refined, nor do I think Ralf Rangnick’s constant switching helped the team.

“The World Cup being in the middle of the year won’t help him, but I think by February, they will be able to get their best form of the season and start picking up important results. It’ll be silly to judge him early, but that is the nature of the job.”

Tejwani’s first book, Wings of Change, delved into the workings of the Red Bull project with teams in Leipzig, Salzburg and New York among others. Rangnick, ten Hag’s predecessor, was key to the strategy in a director’s role; he was interim manager with the Red Devils last season. He was due to take on a consultancy role afterwards, but that didn’t materialise and he is now in charge of Australia’s national side.

“Rangnick was misunderstood, misused, and just not brought in for the right purpose,” Tejwani states. “He’s held three managerial roles in the last decade, combining some 130-odd matches. The whole purpose was to go through the interim coaching role to see him become an advisor, which didn’t happen. He had his flaws, but the whole point was to get through it to get his experience as a consultant.

“Once he left entirely, the whole thing felt like a massive waste of time. While he was there, I think he realised the true scale of the task, as evident from his constant changing of tactics. I think United generally played good football between December and February, but it all dropped off once injuries and a general lack of desire hit.”

Ten Hag also walks into a crisis of confidence from the fanbase in the ownership, with protests at the Glazer family a regular occurrence at the club over the past couple of years. He’ll have to walk something of a tightrope, not criticising his bosses, but making sure not to appear as ‘their man’ in the eyes of the fans. He’ll also have to work with Darren Fletcher, the Technical Director, Director of Football John Murtough and Richard Arnold, CEO.

So, how will ten Hag approach that conundrum?

“He worked closely with Marc Overmars in the football department at Ajax, leaving Edwin van der Sar and the rest to the off-field matters,” Tejwani says. “Ajax are well set-up as a football organisation, unlike Manchester United. The football matters are left to football people, making ten Hag (and any other manager’s) life much easier. I think he will need to replicate that relationship with John Murtough at Manchester United. Without that, they won’t get the best of his capabilities.”

If ten Hag is to make his mark, he may look to sign players he has worked with before. Jurrien Timber, Frenkie de Jong and Antony have all been linked with a move, and while Tejwani says he may be keen to reunite with some players, it is his tactical adaptability which could make all the difference. After all, he will likely need to accommodate Cristiano Ronaldo next season.

“The Man Utd squad needs a lot of fixes – namely in midfield, which has needed improving for so many years. He seems to want to make use of Ronaldo, and he’s worked with worse players before, so I think he’ll be able to make this work. Ronaldo has proven to be a difficulty to manage despite his goals, so he does have some value to the squad so I imagine he’ll want that in the team. I don’t think he’ll always be the number one choice – I think he’ll want another attacking player to support him.”

Ultimately, it will take time for ten Hag to turn things around at Man Utd. Champions League football is a must immediately, but he deserves patience. If things go right, though, Manchester United could finally be heading in the right direction.