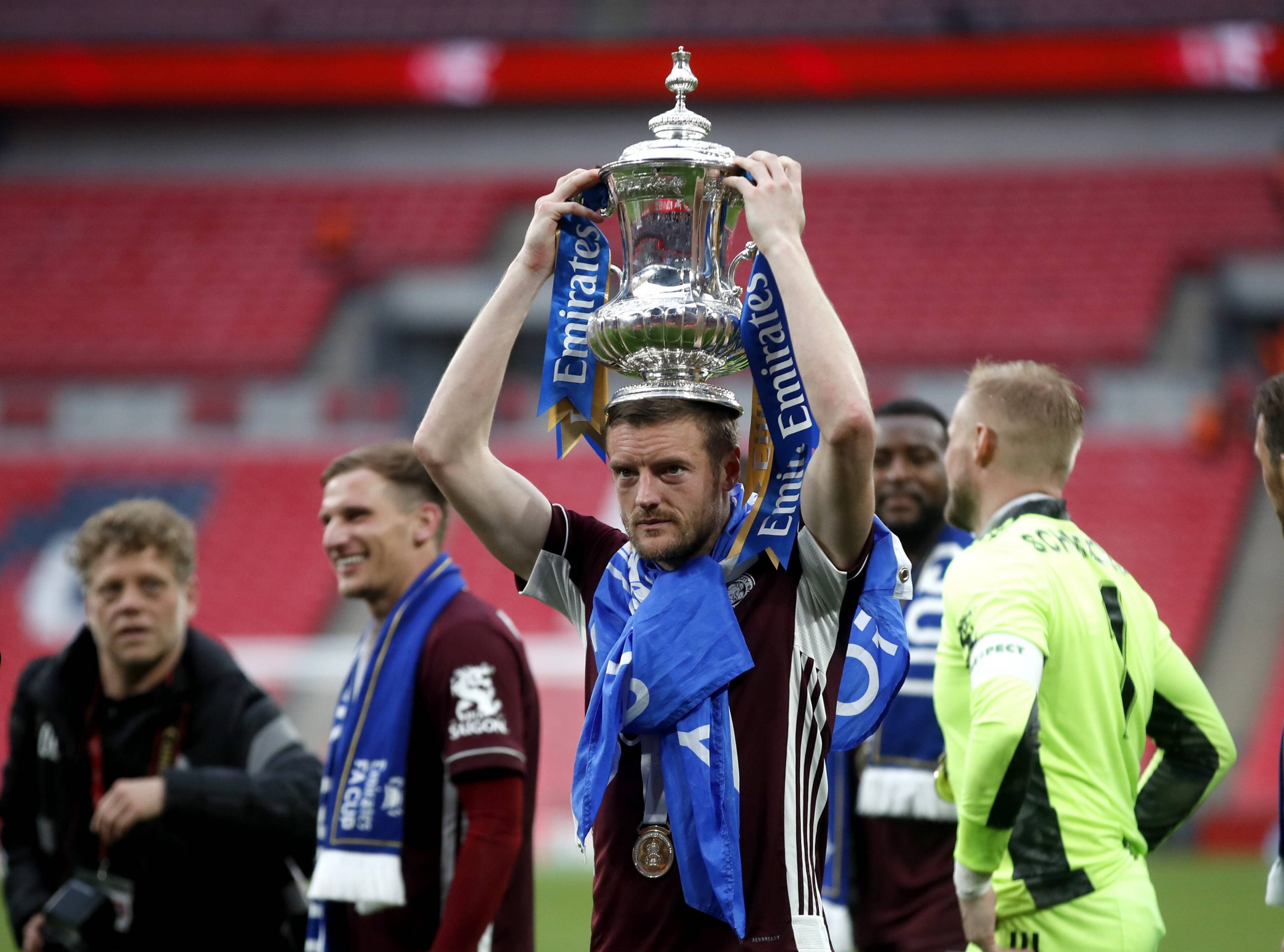 Before determining how much magic still resides in the world’s oldest football competition it is perhaps necessary to pinpoint what those magical qualities are.

It lies predominantly in upsets, or at least the potential for them. It leans heavily into nostalgia and folklore as we conjure up memories of muddy pitches and kids in duffel coats swarming onto the pitch to celebrate a Ronnie Radford thunderbolt. The FA Cup is a tournament that features 736 teams from ten very different levels of the football pyramid and when such contrasting ranks all merge together special moments inevitably arise.
And when it comes to the third round – a time when the big boys enter the fray – the date is important too. It is January, and the excitement of Christmas and New Year has passed but suddenly Yeovil or Shrewsbury or Halifax are hosting a household name, a mismatch on paper yet the bobbly ground slightly levels the playing field. The games are played out in chilly conditions, with the threat of snow and the prospect of an unforgettable giant-killing tangible in the air. Supporters wear scarves bought especially for the occasion and better yet, there is a bumper edition of Match of the Day to look forward to that evening.
The date of the third round is an under-rated aspect to why these fixtures are cherished. It is a date that has never changed.

Magic of The Cup 😂👏#EmiratesFACup pic.twitter.com/edPYzd2LBI

Sadly however, so much else concerning the competition has. Big clubs these days typically deploy the periphery of their vast squads as they prioritise finishing high in the league. There has been a notable dip in attendance across the rounds in recent years. Modern life, as multifarious and demanding as it is, no longer makes the prospect of Manchester United or Liverpool competing with a minnow seem special. Indeed, even when Manchester United take on Liverpool at this juncture it feels like a league game-lite.

This Sunday Liverpool host League One side Shrewsbury Town. 10Bet have priced The Shrews at 23/4 to hold the Reds to a draw after 90 minutes, a decent shout given that Jurgen Klopp tends to turn to academy players for the domestic cups.

Which begs the question, as the third round rolls around once more, offering up tantalizing David v Goliath meetings: just how much magic is left in the FA Cup?
Who better to answer this than the broadcasters who have narrated the fairytales of yore; finding precisely the right words to describe the alchemy taking place before our disbelieving eyes.
Gary Newbon has worked in TV and radio for over half a century, covering seven World Cups and three Olympics for ITV and later Sky. He has also been involved in more FA Cup games than he cares to contemplate. A legend in his field, Newbon is under no illusions as to who is to blame for the cup losing some of its lustre.

“It’s frustrating when the bigger clubs play weakened teams. It’s because they have such huge squads, and they want to give everyone a game, but they dress it up as resting players.
I’ve never understood them because there are three things you can win, besides a place in Europe. The league, the FA Cup or the League Cup. But it’s so money-orientated these days – which I understand with the wages and TV money – that I think it’s been forgotten how important it is for supporters to have their day at Wembley. It’s often more important to the fans than it is to the clubs.”

The Foxes entertain Watford at the weekend. Ademola Lookman has scored two in two and is 2/1 to score anytime in this top-flight third round clash.

It is an apt statement because when pressed to nominate his favourite moment from presenting and commentating on countless FA Cup games down the years he instead chooses an occasion when he was off duty and solely a fan. Last season, after a lifetime of supporting Leicester City, he finally got to see his side lift the famous trophy.

“When I was a boy in 1951 my grandfather took me to Filbert Street. It was walking distance from his house. I’ve been waiting for them to win the FA Cup all my life and last year I was lucky enough to be invited along to the final as part of the official party. We beat Chelsea 1-0 courtesy of a terrific goal by Tielemans and some great goalkeeping by Kasper Schmeichel. That was my happiest memory of the cup. It was quite unbelievable really”

If Newbon is frustrated by the Premier League behemoths regarding the competition almost as a distraction that goes double for Peter Drury, a long-time champion of the FA Cup and all that it stands for. The popular commentator, whose prose has illuminated matches great and good for over thirty years across almost all major networks, believes the real magic of the cup lies with the underdogs, leaving the big clubs mere participants.

“For all that it is sometimes considered an anachronism in this day and age, if you look down the list in any year of third round FA Cup ties you can pick out six to eight games where for one of the clubs involved it will be the highlight of their year. It’s going to be the greatest game they’ve ever played and that doesn’t only apply to the very small clubs.”

Kidderminster Harriers are one of four non-league sides still left in the competition and they face Championship strugglers Reading who may not fancy this at all. The Carpetmen are 21/4 to pull off a shock with Unibet.

From non-league pitches to the home of the European Champions 🏆

It’s a dream for @ChesterfieldFC who head to SW6 💭

The 3rd round of the @EmiratesFACup is upon us soon 🙌#TakeYourChance pic.twitter.com/8ME1u76vzd

But if that holds true regarding the romanticism of the tournament, not to mention the very real and necessary financial fillip such fixtures provide struggling clubs beyond the upper echelons, what about the – supposed or otherwise – waning interest of the public? With the saturation of football in the modern age, is the competition in danger of becoming demoted to a curio?
“It’s easy for people to cynically print pictures of empty seats after an FA Cup third round and claim the magic has gone away. Well of course this weekend there will be empty seats. But equally, there will be games where the magic exists, and several clubs will have their biggest attendance of the season. We see this in the first round on, where St Albans might have their biggest attendance against so-and-so because of the FA Cup. The magic is there if you want to find it.”

It is reassuring to hear such an articulate and reasoned defence of a sacred institution, but still, an unavoidable development in recent times has perhaps served to devalue the fairytale element of the competition that for many years was its biggest strength. Because where once part-time players pitted their wits against England internationals, now the evolving of the sport means that even the minnows are made up of professionals.

“It takes away from us commentators those glorious and cliched headline moments,” Drury cedes. “But these are still players playing four, five or six levels down against top opponents. Last year Marine got to play Tottenham and that was the big one. Did it really matter if they were gasfitters or postmen, or semi-professional footballers? I remember a tie many years ago that I covered for ITV when Histon beat Leeds and believe it or not a postman did score the winning goal. That was one of the fondest games I ever did because those are the great ones. Somebody has their day in the sunshine and the mighty have fallen and these are cliches for a reason – because that’s how it is.

I dearly hope that we cling to the FA Cup because it’s a point of difference; it’s a punctuation point in the season. It’s a weekend when it’s not the same and you have a different sense of emotions around your club and if you’re working in the industry the narrative switches for a while. I don’t think that does any of us any harm at all.”

Leeds’ trip to West Ham is one of the plum ties of the round. With the Hammers having rediscovered their free-scoring ways back over 2.5 goals for Moyes’ men and a home win at 6/4 with Novibet.

The FA Cup 3rd Round takes place this weekend.

There will be no replays. Ties will be played to a finish on the day, with extra-time and penalty shootouts if required.

Ste Tudor
Ste is a football writer with bylines at Forbes, The Guardian and FourFourTwo. Ste is a frequent contributor to Compare.bet News, providing opinion pieces and weekly betting previews for the Premier League.
Privacy & cookie notice Just so you know, this site uses cookies to give you the best possible experience. Close