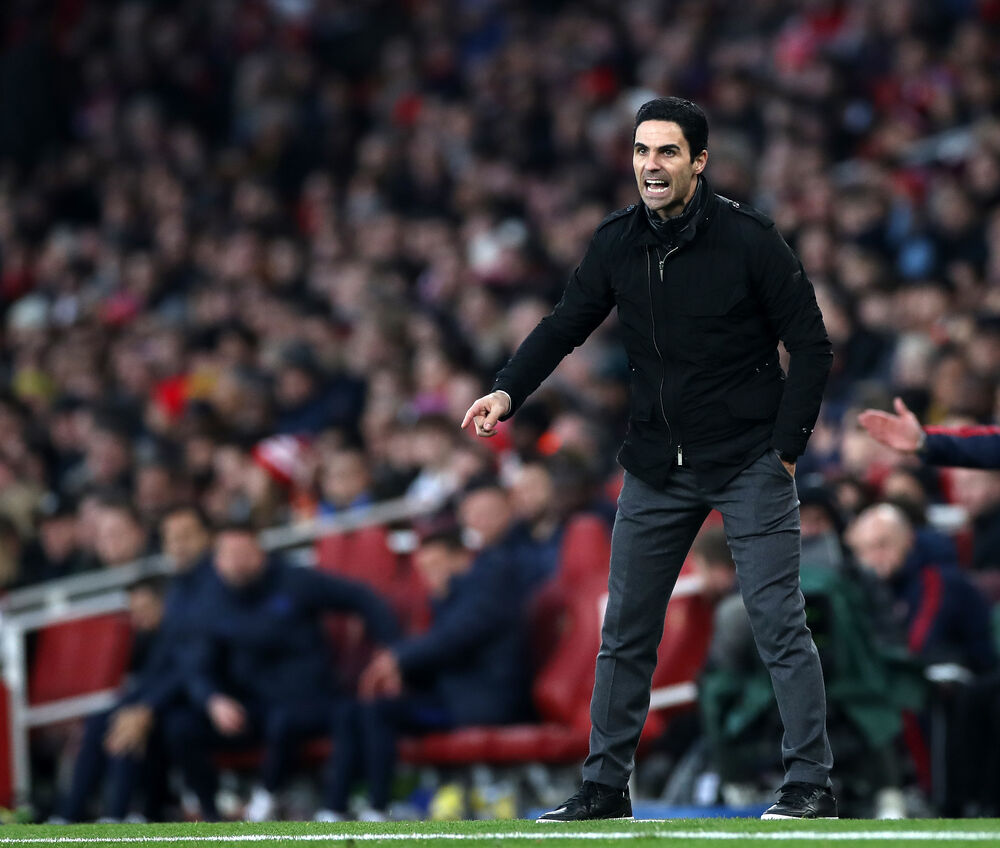 It has long been a seasonal tradition for Arsenal to temporarily reside in a state of crisis, with their plight sometimes gaining national attention and even mockery when it extends beyond a few troublesome weeks.

It is a regular devaluing of their proud status that first resulted in the Gunners ‘settling’ for Champions League qualification year on year, after a prolonged era of success under Arsene Wenger, and now has their ‘top six’ credentials widely questioned after consecutive eighth place finishes.

It is within this familiar milieu that the club currently find themselves in once again, only their latest slump is premature even by their standards, coming just three games into the new season. Even so, it is a crisis that seems very real, not manufactured by the media who love nothing more than to conjure up drama from a handful of poor performances. Furthermore, it feels substantial, accumulating from hundreds of bad decisions that are now coming home to roost.

Perhaps too, the damning symbolism of the league table only heightens Arsenal’s woes because presently their arch-rivals Tottenham are top having won all three of their opening fixtures. Mikel Arteta’s side meanwhile have endured a miserable international break rock bottom from losing to Brentford, Chelsea and Manchester City. They have yet to score a goal and this is their worst start to a top-flight campaign in their 118-year history.

This inevitably puts a great deal of pressure on Arteta to quickly turn things around, and with this being the Spaniard’s second crisis inside a year, that pressure is intensified. Arriving in late 2019 amidst the hype of being an innovative coach who was mentored by Pep Guardiola, Arteta’s 26 wins in 62 league games is a win ratio that pales to that of his predecessors.

This Saturday, the Gunners host Norwich and given their current form, are priced too narrowly at 1/2 to prevail. The visitors offer far greater value at 11/2.

Conte has consistently been linked with replacing Arteta and Arsenal have made 'contact'. #AFC https://t.co/x6i7xj6rZK

Yet any assumption that Arsenal’s problems begin and end with their manager would be well wide of the mark. This is a club owned by Stan Kroenke, one of the wealthiest individuals in America who is routinely criticised by the Emirates faithful for his lack of leadership and absence of investment.  This is a club too shamed by a long-standing track record in the transfer market so dire it has become a running joke among the footballing fraternity.

Many of these flawed signings pre-date Arteta such as memorably bringing in midfielder Kim Kallstrom in 2014 despite a medical revealing he had a crocked back. Then there’s a succession of severely limited centre-backs, of which there are too many to list but the £35m purchase of Shkodran Mustafi deserves special mention. In the summer of 2019, five months ahead of Arteta’s appointment, Arsenal splurged £72m on winger Nicolas Pepe from Lille. His good games since can be counted on one hand.

Pepe is 7/5 to score anytime at the Emirates. Again, the better value is found in the opponents, with Teemu Pukki a decent 9/4.

In this context, the signings made under Arteta — along with a transfer committee headed by the club’s Technical Director and former player Edu who has no previous experience of such a role — are a continuation of this flawed model, almost a homage.

The securing of Chelsea star Willian last year always seemed doomed to fail and it absolutely did, with the Brazilian recently foregoing £20m in wages so he could leave North London. The sale of Emi Martinez for a bargain £15m to Aston Villa still perplexes, and the Argentine international has gone on to become a Fantasy Football favourite due to his ability to accrue points. His eventual replacement – Aaron Ramsdale from Sheffield United – cost Arsenal twice as much this summer. Compounding two years of terrible decision-making the club was on the cusp this summer of off-loading Granit Xhaka to Roma before doing a complete volte-face and giving the unpopular midfielder a bumper new contract. They were promptly rewarded with the Swiss hot-head receiving the 11th red card of his career to commemorate his millionth rash challenge as his side were downed 5-0 at Manchester City.

Arsenal director Edu to Sky UK about pressure for Arteta & him: “I respect all the pressure. I understand the fans. I understand the reason and I accept that, but we will need a bit of time to do what we plan to do. This is the reality. We’re working for the future too”. 🔴 #AFC

All told, this summer Arsenal have spent over £125m yet only Ben White from Brighton and Martin Odegaard can be reasonably viewed as improvements on what they had.

Xhaka incidentally is hardly alone in showing indiscipline at the Emirates. Last season they had five players sent off – the second highest in the Premier League – and a tempting 28/1 is available on Pablo Mari adding to that number on Saturday.

An owner who is at best detached from proceedings, at worst, disinterested, coupled with a transfer strategy that rarely fails to fail is a bad combination, but the charge-sheet only goes on.

Whoever thought it was a good idea to sack the club mascot Gunnersaurus during lockdown had no comprehension of gifting the media an open goal. Meanwhile, on the pitch, a dearth of leadership will seemingly be costly for all of eternity.

Indeed, so far-ranging are the issues that undermine this great club it is hard to pinpoint the most pertinent of them, as journalist and Arsenal supporter Layth Yousif attests.

“There are enough structural problems at Arsenal dating back to Arsene Wenger’s time and to list all the issues would take a dissertation size effort. Put bluntly, the club is rotting from the top, under the Kroenkes’ disinterested ownership quite happy to take profits from the Premier League gravy train while offering no leadership nor strategy.”

Layth however, is hopeful for the future, highlighting a notable shift in transfer strategy this past window that prioritised getting younger players in, as well as an admirable youth system that reliably nurtures tomorrow’s stars such as the emerging Charlie Patino. Returning to the present though brings Arsenal’s dire situation back in focus.

“The fact is this squad needs the right manager to take them forward. Is Arteta the man for the job? We’ll find out more over the next couple of weeks when Arsenal host Norwich on Saturday and visit Sean Dyche’s Burnley the weekend after. If they continue to unravel at such an alarming rate, then Arteta’s position must surely be untenable.

Despite pleas for time, he’s had 20 months and two pre-seasons, including a full one in the traditional sense to shape the team. And he’s failed dismally so far. For Arteta the future is now.”

If you call yourself an Arsenal supporter who wants your club to lose on Saturday against Norwich, you really need to have a word with yourself. And then find another team to 'support' pic.twitter.com/jNgz110bAg

Jasmine Baba is also a writer and Arsenal fan. What concerns her is a scarcity of evidence of wrongs being righted. Instead, the wrongs are simply fizzling out.

“We have a diluted Arsenal at the moment. If we refer to when Arteta first arrived, and even last season, we saw his philosophy — he tweaked with the idea of positional play and playing from the back. He was also flexible between playing a back 5 and a 4-2-3-1. That all seems to have gone.

A lot of transfer fees has been used up on buying players that haven’t been scouted to fit in the league or team.”

So how do you solve a multifarious problem like Arsenal? Firstly, and most obviously, the club’s transfer profiling and recruitment needs overhauling and perhaps we are already seeing signs of this, as Layth alludes to. The average age of the Gunners’ six signings this summer is 22 and crucially there were no players bought past their peak as has been the case so often before.

Goals from Arsenal’s creatives is essential too. In the last two seasons Pierre-Emerick Aubameyang and Alexandre Lacazette have scored 50% of their side’s league goal haul, and while it is not necessarily detrimental to be reliant on strikers in this regard, it is a problem when both are looking to jump ship. Last term Emile Smith Rowe, Gabriel Martinelli, and Martin Odegaard — tremendous talents all — found the net a measly five times between them.

Off the pitch, meanwhile, some experienced acumen is desperately needed, either instead of present incumbents or to replace them. It is telling and immensely unfavourable that Chief Executive Vinai Venkatesham, Arteta and Edu are all novices in their respective jobs.

Add a player or two in defence and midfield with proven leadership qualities and though these refinements won’t be a cure-all, it will at least head Arsenal in the right direction. Presently there is no direction to speak of and the long-suffering Arsenal supporters deserve better than that.

The Canaries are 12/5 to score first at the weekend. Last season, as they secured promotion, Daniel Farke’s side notched 21 times in the opening 25 minutes of their fixtures.