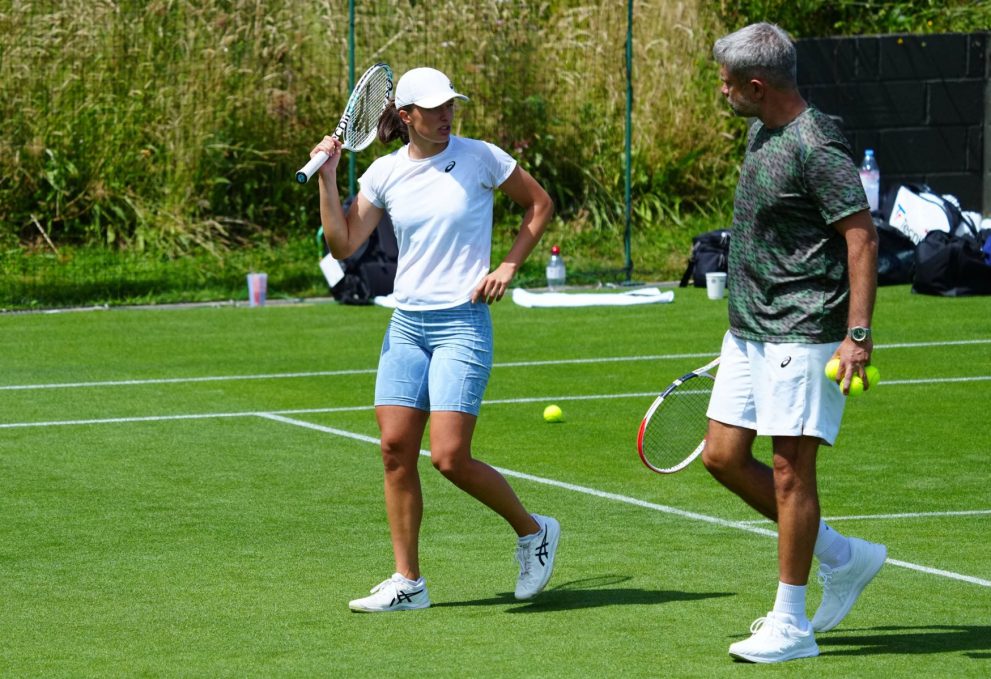 Prestige has always been Wimbledon’s greatest prize, but this has never been the case more than it is this year. The All England Club’s decision to ban all Belarusian and Russian players from competing at The Championships resulted in the ATP and WTA stripping the tournament of its ranking points, meaning all participants are playing purely for pride (and money).

This will lead to some interesting rankings after the tournament is over (Matteo Berrettini, for instance, will drop out of the 10 even if he wins his first Grand Slam title), but for now there is just as much competition for the men’s and women’s singles titles as ever, even if world number one Daniil Medvedev is missing from the field.

Novak Djokovic is the 9/10 favourite to win the men’s singles title, and the top seed in Medvedev’s absence. The Serbian is the defending champion at SW19, but has endured a difficult 2022 so far. Djokovic enjoyed a strong clay court season, winning the Rome Masters, making the semi finals of the Madrid Masters and the quarter finals at Roland Garros, but the 20-time Grand Slam champion isn’t as formidable as he has been in past years.

Rafael Nadal is technically half-way to a calendar-year Grand Slam after winning the Australian and French Opens, but the 36-year-old is in a battle with his own body. A persistent foot injury cast doubt on Nadal’s ability to even participate at Wimbledon, so it’s difficult to gauge where the Spaniard’s game is at this moment.

Alexander Zverev would have been the top seed in Medvedev’s absence had injury not struck the German at the French Open. Zverev tore ligaments in his right ankle during a semi-final match against Nadal, sidelining him for the foreseeable future. The German is ambitiously targeting a return to action by the US Open, but he will play no part at Wimbledon.

Berrettini is certainly considered among the frontrunners with the Italian returning from a wrist injury to win back-to-back titles at the Stuttgart Open and Queen’s. Berrettini is playing with confidence and is strongest on grass. In fact, he has won 20 of the 21 matches he has played on the surface in his career, with the one defeat coming against Djokovic in last year’s Wimbledon final. Priced at 37/5, there is value in backing him.

Carlos Alcaraz is 21/2 to win his maiden Grand Slam title, but the 19-year-old only made it as far as the second round at Wimbledon last year, and is coming in cold this year after refusing to play any warm-up events. It’s not yet known if Alcaraz has the game to succeed on grass. His Grand Slam breakthrough will likely come soon, but the hard courts of the US Open might be a better bet for that.

Andy Murray (84/1) looked to be finding form at the right time after making the final of the Stuttgart Open with impressive wins over Stefanos Tsitsipas and Nick Kyrgios, but an abdominal injury has raised fresh doubts over the Scot’s capacity for five-set tennis. Nonetheless, Murray is one of the best players around on grass, and will have the support of the home crowd behind him. He could be a threat.

In terms of home hopes, though, Cameron Norrie might be the best bet. The British number one is ranked just outside the top 10 and has enjoyed an exceptional 12 months which saw him win Indian Wells and make his ATP Finals debut. Norrie has demonstrated he can play on grass by making last year’s Queen’s final and has the game to stick with the very best opponents. At 84/1, Norrie is overpriced.

In the women’s singles, Iga Swiatek is the clear favourite to win a first Wimbledon title. The world number one is currently on a record 35-match winning run and has won her last six tournaments. Swiatek’s record on grass is poorest of all the surfaces, but the Pole is in such a deep groove right now it will be difficult to stop her.

Serena Williams will make a long-awaited return to competitive tennis at Wimbledon, although the 40-year-old might not have the fitness or sharpness to go far. Williams still has the power to dictate points from the baseline, but against better movers like Swiatek or Coco Gauff she might find herself exposed.

Gauff is looking to build on her run to the final of the French Open with the 18-year-old fulfilling her obvious potential. Gauff is an excellent mover and covers a lot of ground on the court. Wimbledon was where Gauff made her mainstream breakthrough back in 2019, so there is evidence to suggest she has the game to succeed on grass. A run to the second week of the tournament should be the minimum target.

Simon Halep could be a threat, although the Romanian’s 2022 season has stalled somewhat over the last two months. Many expected Halep to be a contender at the French Open, but she was halted in the second round. The 30-year-old made the semi-finals at the Birmingham Classic earlier this month and has the experience of winning at Wimbledon before, but Halep is struggling for consistency.

Emma Raducanu is priced at 33/1 to go all the way and win her second Grand Slam title after experiencing US Open glory last year, but the 19-year-old has suffered a series of injuries this year. It’s possible 33/1 is somewhat short given her recent form and fitness troubles. Two or three victories might be the best Raducanu can realistically hope for.

There might not be any ranking points on offer, but this year’s Wimbledon promises to be as compelling as always. Swiatek looks to be the dominant force on the women’s side, but the field is wide open in the men’s, which is something of a novelty given the way of the sport over the last decade or so.