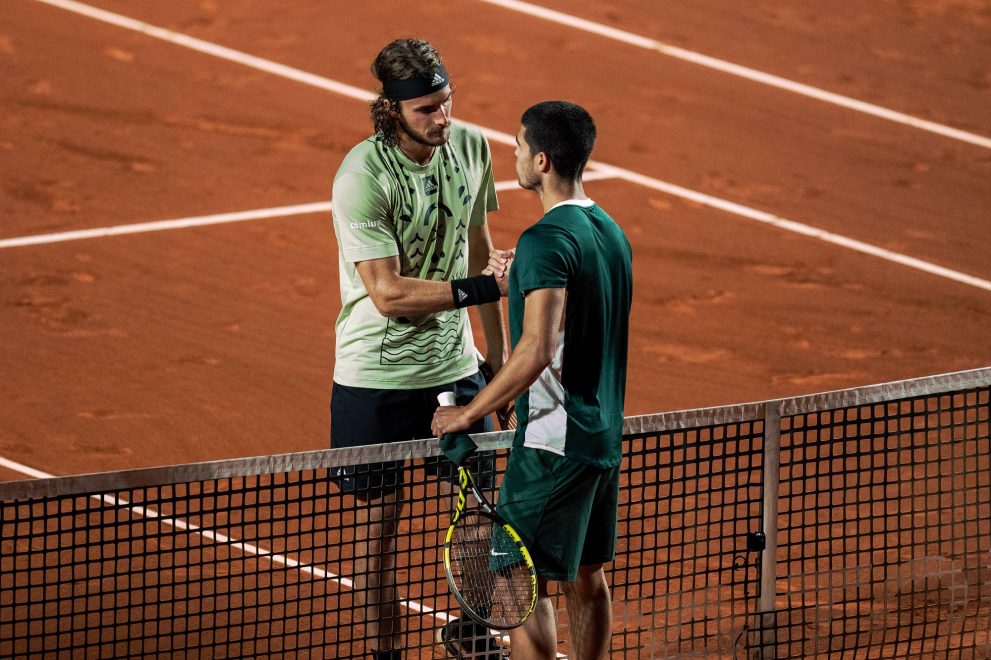 The 2022 clay court season is well and truly up and running with the ATP and WTA Tours in Spain for the Madrid Open. This comes after Stefanos Tsitsipas retained his 2021 title at the Monte Carlo Masters and after Iga Swiatek extended her winning run to four tournaments by triumphing at the Stuttgart Open.

Many thought Ashleigh Barty’s shock retirement would open up the field at the top of women’s tennis, but Swiatek has become a dominant force by winning titles at the Qatar Open, Indian Wells, the Miami Open and the Stuttgart Open. The new world number one is certainly confirming her status as the best in the game right now.

However, Swiatek won’t be present at the Madrid Open. The 20-year-old made the late decision to withdraw from the tournament due to a shoulder injury and while there is no suggestion this could derail the rest of her clay court season, Swiatek (who was the 7/4 favourite) will be missing from the pack in the Spanish capital.

This could, however, be good news for defending champion Aryna Sabalenka who looks to have finally found form after a difficult start to 2022. Indeed, the Belarusian made a good run to the final of the Stuttgart Open, beating Paula Badosa, Anett Kontaveit and Bianca Andreescu on her way. A confident Sabalenka will be a force to be reckoned with in Madrid and is a decent price at 9/1.

Badosa faces a tricky first round test against Veronika Kudermetova who is also in good form right now having made the final of the Istanbul Open. It was only a few weeks ago that the two players met each other in the quarter-finals at Indian Wells with Badosa coming out on top 6-3, 6-2. Kudermetova will want to make this match more competitive.

Another blockbuster first round tie will see Madison Keys face Maria Sakkari with the latter recently making the final at Indian Wells. Keys (a good price at 6/4 to win in the first round) made the final eight in the desert where she was demolished by Swiatek, but that wasn’t a true gauge of where the American’s game is right now. She could make a run in Spain.

Four-time Grand Slam winner Naomi Osaka (14/1) will continue her comeback in Madrid. The 24-year-old looked sharp at the Miami Open, but fell to eventual winner Swiatek. Osaka has tumbled down the rankings in recent times, yet there is a growing sense that she is resurgent again even if she has only ever made it as far as the quarter-finals at the Madrid Open. It’s rare to see someone of Osaka’s pedigree priced at 14/1 for any tournament.

Andreescu is another former Grand Slam champion set to make an appearance in the Spanish capital with the Canadian on the road to recovery after playing her first tournament for six months at the Stuttgart Open where she defeated Jule Niemeier in the first round before taking Sabalenka to three sets in the second. Anything that betters this would represent significant process for Andreescu who has a lot of lost time to make up for.

On the men’s side, Tsitsipas is something of a clay court specialist and reiterated this by winning the Monte Carlo Masters,. However, the 23-year-old was beaten by Carlos Alcaraz in at the Barcelona Open and the teenage sensation will be among the favourites to go all the way at the Madrid Masters such is his strength at the moment.

Alcaraz (who might be worth an early punt to win Wimbledon at 12/1) has taken men’s tennis by storm. The 18-year-old won his first Masters 1000 title at the Miami Open and followed that up by winning the Barcelona Open. He might still be a teenager, but Alcaraz is already the complete package – he is physically strong, fast and is developing the mindset needed to win big matches and big titles. The Spaniard will take some beating in his homeland’s capital.

Rafael Nadal is missing from the entry list due to injury with the 21-time Grand Slam winner not certain to be fit for Roland Garros. Daniil Medvedev and Matteo Berrettini will also be missing at the Madrid Masters with Roger Federer still not ready to return to a competitive court following a prolonged spell on the sidelines.

However, Novak Djokovic will participate with the Serbian keen to rediscover his groove after a challenging start to 2022. Not only has Djokovic missed a number of tournaments, including the Australian Open, due to his vaccination status, he has struggled for form when he has played, losing to Andrey Rublev in the final of the Serbia Open last week.

Djokovic looks somewhat short of match fitness and sharpness and this could be a problem for him at Masters 1000 level. Nonetheless, the world number can never be discounted as a challenger. Recent victories over Miomir Kecmanovic and Karen Khachanov will have given Djokovic the belief that he can make a run at the Madrid Open.

2022 has produced a number of breakthrough moments in the men’s game with Alcaraz winning his first Masters 1000 title in Monte Carlo and Taylor Fritz also winning at Indian Wells. With Djokovic still looking for sharpness and Medvedev and Nadal missing, the field at the Madrid Masters will be relatively open.

Sascha Zverev made a run to the semi-finals of the Monte Carlo Masters and has consistently played his best tennis on clay. The German has won the Madrid Masters twice before in his career and will be among the frontrunners to go all the way in the Spanish capital once more. He will, however, need to play the big points better.

With the clay court season up and running, the ATP and WTA Tours are entering the busiest period of the year. Roland Garros and Wimbledon will quickly appear on the horizon, but before then there are titles to be won in Madrid and Rome. Tsitsipas could be the clay court specialist to beat on the men’s side. On the women’s side, it’s wide open. 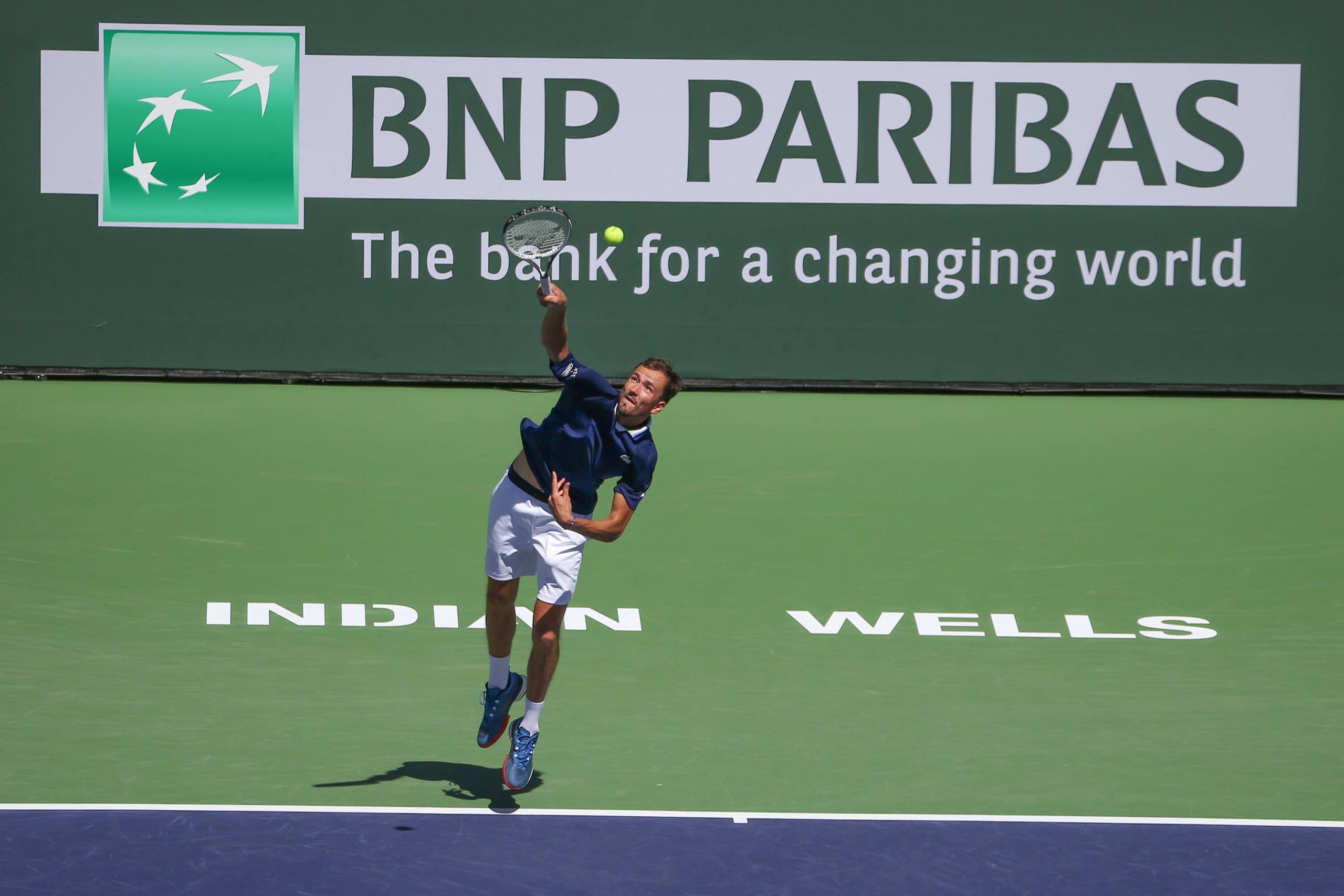