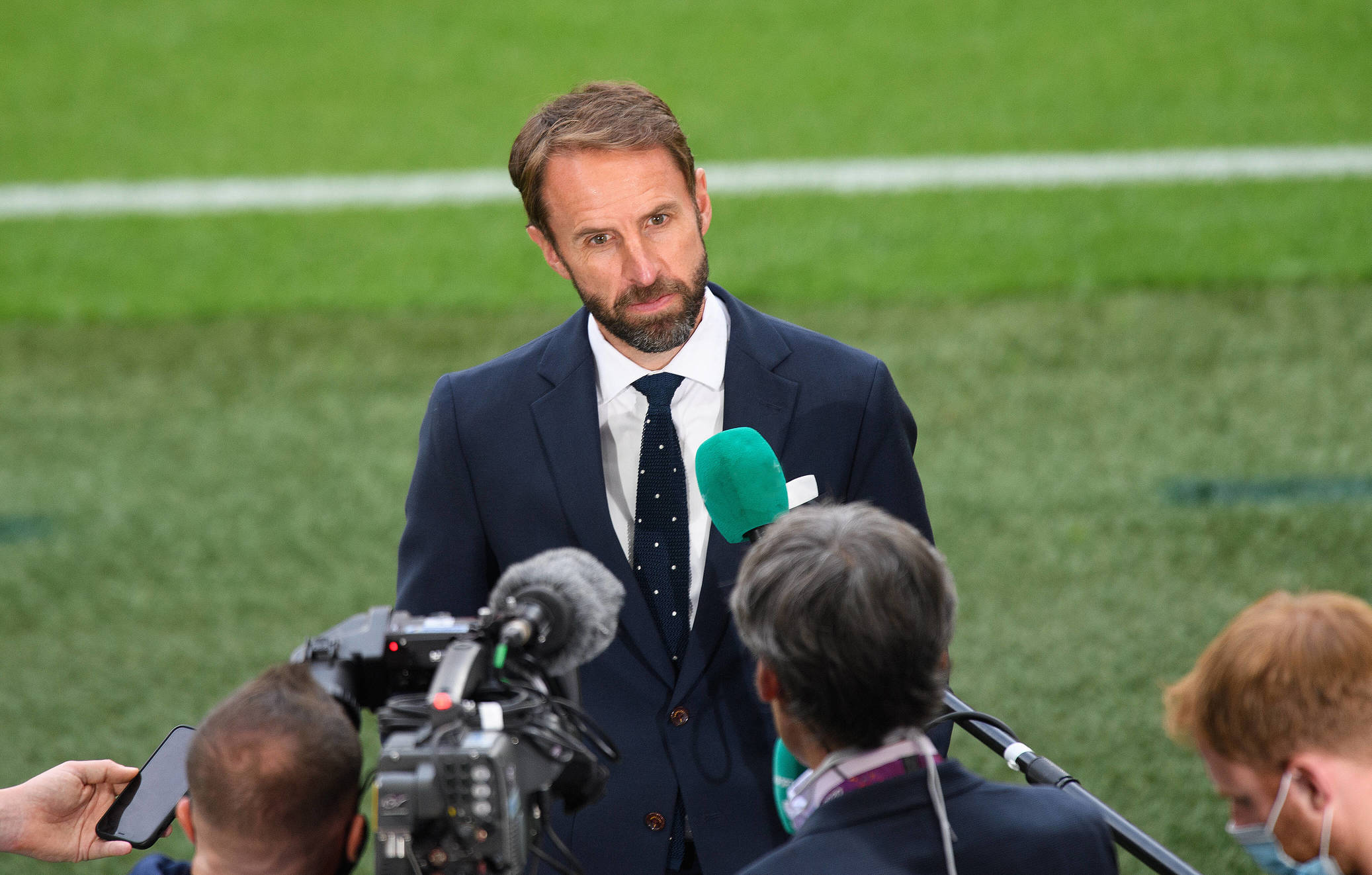 A slender but comfortable victory over the Czech Republic at Wembley last week leaves him with a 66.6% win ratio and that’s just a fraction under Fabio Capello’s. No other England boss in the post-war era comes close to these two unless the pedantic want to include Sam Allardyce’s solitary game in charge.

When his 57 matches at the helm are broken down, we find that the Three Lions have played teams ranked 20th or better on 26 occasions. England have won nine, lost nine and drawn the rest and there’s not a great deal to say about this because top international sides will always have good days and bad days against other top international sides. Again though, it is a figure that compares favourably to his predecessors.

It is when we analyse how England have fared against weaker opposition under Southgate however that we reach a bone of contention.

During his tenure, Kane and co. have faced sides ranked 40th or worse 23 times and lost only once, against the Czechs in Prague in 2019. An impressive 19 clean sheets have been kept in these contests and even more impressively England have averaged three goals per game. Indeed, the aggregate score-line is a resounding 80-9.

By any conceivable metric, this is a comprehensive and sustained suppression of minnows, average and poor, yet it’s precisely this dominance that Southgate’s critics use as currency. He is, they say, a stat-padder. England are flat-track bullies who thump San Marino then come unstuck the moment they encounter anyone half decent.

Is this a fair accusation? It instinctively feels not and like a lowly ranked international outfit coming up against the Three Lions, Gareth Southgate seemingly can’t win.

The charge that this current England side struggle against the best but pulverize the rest is not the only one thrown the manager’s way. There are two further negatives that are routinely levelled at the 50-year-old, the first of which we will pay scant attention to here.

It is that Southgate is a ‘company man’, a proverbial safe pair of hands that the FA can be assured will not bring scandal their way, in whatever form.

Whether you agree with this or not–whether it irritates you or not–his close association with football’s association surely does not impact on performances on the field so long as he is independent of thought, which he unquestionably is.

What absolutely does affect England’s output however is the third and most persistent complaint concerning the man entrusted with the second most important job in the country. Southgate, many believe, is too conservative in his approach, with caution always prioritized over adventure. The former defender is detrimentally too defence-minded.

This pragmatism was fine on his appointment back in 2016, when the national side was frankly a mess after a shock Euros exit to Iceland. In fact, his careful and methodical style of management was generally viewed as a plus as England slowly put its house back in order.

Only then, the under-17s and under-20s won their respective World Cups and in due course, Jack Grealish went from being an entertaining sideshow at Aston Villa to a bona fide superstar-in-the-making. Bukayo Saka and Mason Mount emerged, brilliant and inventive. Phil Foden and Jadon Sancho began to fulfil their immense promise that was showcased four years earlier in their World Cup triumph.

Fast forward to 2021 and suddenly England had a young and enterprising squad, top-heavy with attacking talent that was the envy of everyone else. And here was the Euros for them to claim as their own, exciting and invigorating the nation in the process.

As for Southgate, rightly or wrongly, fairly or otherwise, by sticking to his safety-first ethos he was now depicted as a man in possession of a supercar, who never took it out of third gear, and kept a packet of Werther’s Original in the glovebox.

Criticism and frustration at his unwillingness to take risks had long bubbled under the surface. But then two holding midfielders were deployed across England’s three group games, two of which were against sides they evidently had the beating of. Full-backs were tethered, while passes were routinely sideways and circumspect. Jadon Sancho was left brooding on the bench, or was omitted from the squad entirely, and it was ultimately a forlorn hope to see Foden and Grealish on the pitch at the same time.

By the end of the group stage, an uninspired and uninspiring England had averaged just two shots on target per game, scoring only twice. Unsurprisingly, no other qualifier to the last 16 scored fewer. Frustration turned to exasperation and anger.

Former Scotland defender Colin Hendry played against Southgate in that famous game at Euro ’96, where Gazza display a moment of individuality that is sadly being stymied right now. Though his allegiance obviously lies north of the border, even he has been vexed by the lack of ambition he has seen from the ‘auld enemy’.

“England have gone about it the wrong way round. They should have been more positive in the initial games with one holding midfielder. After all, they were always going to go through. You create the good habits of scoring and making opportunisties in the group stage. It’s in the knockout rounds where it gets tighter. England don’t create while other teams do.”

“There’s no way Foden should be leaving the pitch today… you’ve got Sancho on the bench – 15 goals and 20 assists a season – and he doesn’t even get on. We need to create… I’m embarrassed for us today.”

Ex-England forward Emile Heskey meanwhile is similarly dismayed at the attacking timidity shown to date but seeks out the pluses that have come from the prudent strategy.

“It’s been a cautious start for England but to be three games in and not concede a goal, we have to be happy.”

When pressed on this, the Leicester and Liverpool legend chooses instead to accentuate the upsides, namely the excellent individual performances within Southgate’s rigid structure that offer a good deal of encouragement.

“The stand-out performers for me so far have been Mings, Walker, Stones, Sterling and Grealish.”

When examining the productivity–or lack of productivity–of an international side there is always a danger of pitching your tent in one field over another, as passion and patriotism take nuance out of the equation. What makes this present situation so confusing however is that both sides of the debate have merit. England have spurned an open goal in the group stages to uplift a nation while accumulating some priceless momentum along the way. Conversely, they have not conceded now for eight hours and have a solid base on which to build.

Over to author and journalist Ryan Baldi for his thoughts.

“It’s an unusual position for England to be in, but there are so many gifted attackers at Gareth Southgate’s disposal at Euro 2020 that at least a couple of excellent players will be left out each match. I think Southgate is an inherently conservative manager, but that’s not uncommon in international football, especially at tournaments – even the Brazil team of Ronaldo, Rivaldo and Ronaldinho played with two defensive midfielders.

The issue, I think, is the style of deep midfielders Southgate has selected so far. Declan Rice and Kalvin Phillips have done a good job of screening the back four, but they aren’t progressing the ball up to the attacking players quickly enough. Perhaps Jordan Henderson’s return to fitness will help remedy that, or else increasing Jude Bellingham’s minutes might be necessary.”

Giving the precocious teenager more minutes will undoubtedly help dilute some of the noxious criticism that is so prevalent right now online regarding Gareth Southgate’s credentials. But perhaps we are already past the point of a nation dramatically changing its perception of him, unless of course England go all the way and lift the trophy.

The Three Lions coach is a shrewd operator who thinks carefully on every detail of his job. Arguably though he has overlooked a simple truth that holds across all of sport but particularly applies on the international stage. It is not solely about what you achieve, but in what manner it is done.