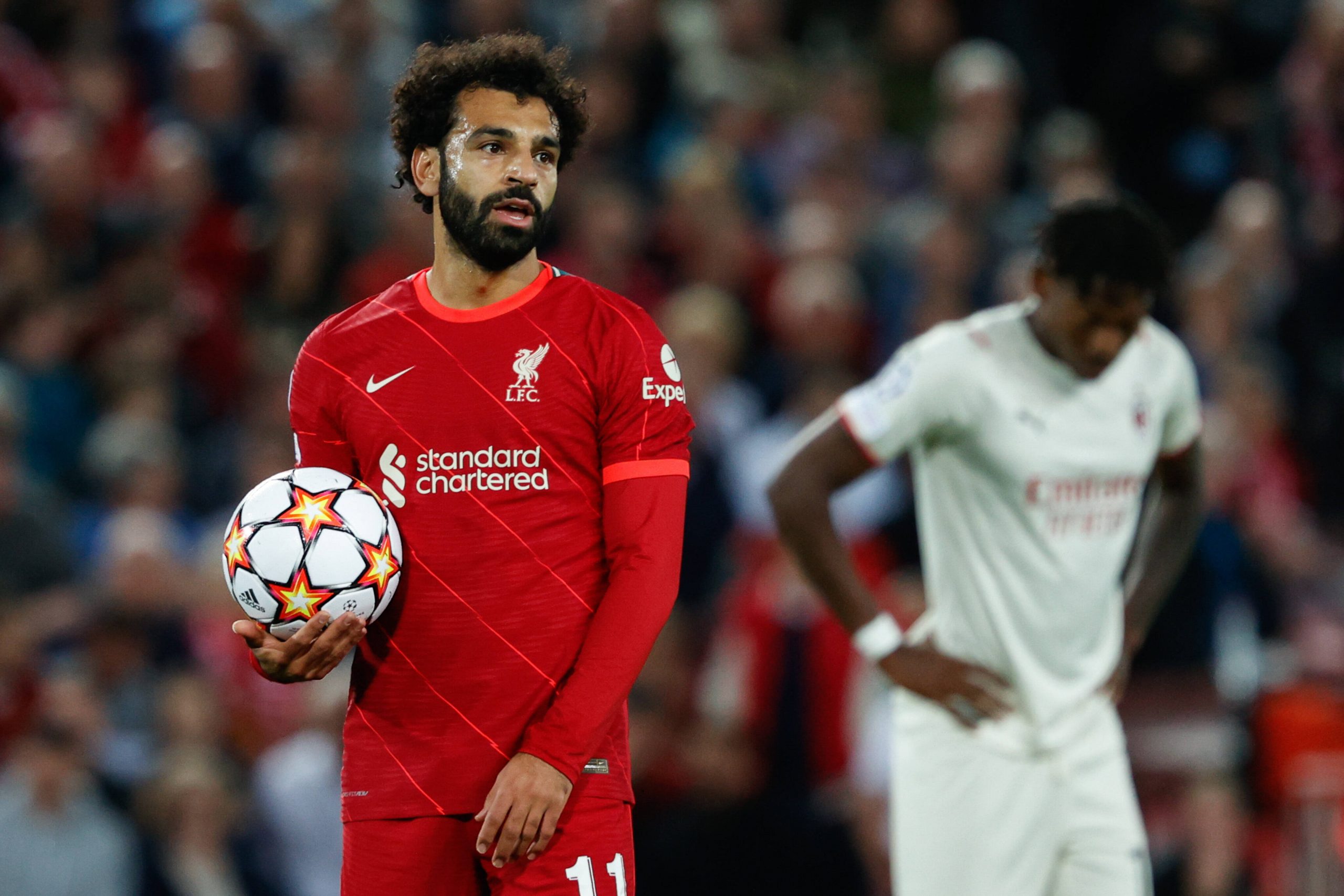 When Mohamed Salah arrived at Liverpool in the summer of 2017, joining from Roma for around £35m, there were plenty of questions to be asked. The club’s fans, in the main, trusted Jurgen Klopp’s judgement; it is the main reason they have become a force in English football again, and everybody knew he held the key from the beginning.

For neutrals, it didn’t immediately strike as the best piece of business. His talent was obvious, but more immediate memories of the Egyptian were his peripheral impact at Chelsea, where he scored two goals in a year. His improvement in Italy, first on loan at Fiorentina and then at the Stadio Olímpico, had been documented, but nobody really expected what happened next.

Salah scored 44 goals in all competitions as the Reds reached the Champions League final. He was propelled into the Ballon d’Or conversation, and has since continued to be an attacking force at Anfield.

The race for the Golden Boot is on 🥇 pic.twitter.com/Qo8PZk4rgw

On Saturday, in a 3-3 draw at Brentford, he scored his 100th Premier League goal, doing so in just 151 appearances. Only Alan Shearer, Harry Kane and Sergio Aguero did it faster. He looks certain to sit alongside the likes of Ian Rush, Kenny Dalglish, Robbie Fowler and Luis Suarez in the record books when all is said and done.

Although Salah is respected as a key player in the side alongside the likes of Alisson, Virgil van Dijk and Sadio Mane, there is a perception that he is not as ‘loved’ by some supporters, despite his numbers suggesting a legendary trajectory.

James Nalton, a freelance football journalist who covers Liverpool among other clubs for the likes of the Morning Star newspaper and Forbes, says Salah’s standing as a fan favourite will become clearer once his time at the club comes to an end.

“Salah is Liverpool’s most important attacking player and his record speaks for itself,” Nalton tells Compare.Bet. “He brings the same inevitable quality to the attack that Van Dijk and Alisson bring to the defence.

“He’s certainly loved by matchgoing fans, home and away, and one of the most popular Liverpool players on the terraces.

“Within the wider, maybe more casual fanbase he may not be as heralded as he is on matchdays, but watching a full 90 minutes you see all the work he puts in away from the highlights that leads to a greater appreciation of his contribution to the club.

“I think it might be a case of him being more appreciated in the bigger picture of Liverpool greats once his time at the club comes to an end, as is often the case with these things.”

🔴 “He’s been amazing ever since he came to the club.”@JHenderson spoke to me about the superb @MoSalah, who became the fastest @LFC player to reach 100 top division goals at the weekend.

Here’s a part of my interview with the Liverpool captain! 🙌🏽 #LFC #PORLIV #PL #UCL pic.twitter.com/5ARVBEwIDf

There is a suggestion that, despite Klopp’s team being known as a collectively intense machine where every player should play a part in attack and defence, Salah has become too focussed on his own goal tally, an idea that was exacerbated by an apparent rift with Mane in 2019.

“In terms of being a great goalscorer it’s worth remembering he is not a conventional centre forward as is the case with those he’ll be compared to,” Nalton adds.

“His build-up play has improved noticeably recently, and especially so this season. I think there have been periods of sloppiness in his game previously, but not anymore, and a lot of that is to do with his unpredictability which can be a positive.

“The same could have been said about Suarez during his time at Liverpool, sometimes what he tries doesn’t come off, but only by attempting such things do the great things eventually happen.

“Salah’s all-round game is now very good, and he’s not the selfish player he’s often labelled by some.”

Modern football has arguably been defined by the loosening of positions. Goalscorers are no longer necessarily central, with many top forwards able to play right across the front, like Salah. Cristiano Ronaldo and Lionel Messi broke down the barrier for deeper or wider players to lead goalscoring charts, but, as Nalton rightly says, Salah’s achievements have to be put into context. Unfortunately, they appear to be taken for granted, rather ironically given there were doubts he would find the net consistently when he first arrived.

Yet still, the unpopularity perception persists. Is there any credence to the idea that Salah isn’t loved by all Liverpool fans?

“I think it might be an online thing,” Nalton surmises. “The more popular a player or team is the more opinions there are about them and it’s inevitable a lot of those will be negative, especially on social media.

“He’s a global star, and I don’t think that is always recognised as much when a player is not South American or European, but I think most Liverpool fans do recognise this.

“Footballers can also be judged on their most recent transfer fee, and many non-Liverpool fans probably want to see him move to a ‘bigger club’ just to see a high-profile transfer happen.”

🗣️“Go and watch Salah and what he does. He dominates and destroys top level players on a regular basis. He makes the game look easy, he makes football look easy.” pic.twitter.com/eJhrDL8I4Z

Salah did cause a few waves recently by discussing a move to either Real Madrid or Barcelona, without actually suggesting he would be interested. Talk of stalling contract negotiations have also added context to the discourse which surrounds him. At 29, his next deal is likely to be his last, but Nalton believes Anfield is the right home for him.

“Football-wise there is no better place for him than Liverpool at this moment in time, even if that might be a bit boring for some in a world where the transfer market can seem more popular than the game itself.”

No matter how much noise surrounds Salah, it is clear that his legacy is secure at Liverpool. In terms of where he belongs, he is definitely playing in a team suited to his ability, like Rush and Dalglish, rather than one which he carries, like Suarez. He may be world class, but he reached that level at Liverpool; perhaps it takes more than a highlights reel to see it, yet appreciation for him is not in short supply on the Kop.