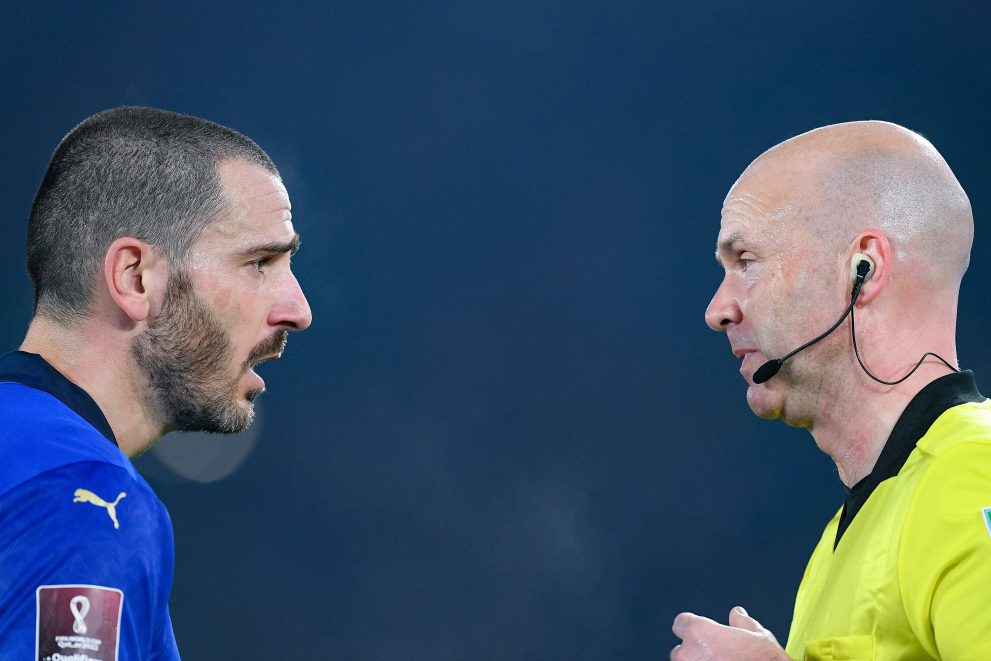 One of the major issues critics of Video Assistant Refereeing had with its implementation in the Premier League was the idea that it would make the game clinical, killing debate among fans and pundits and, over time, killing the emotional element everybody loves and needs.

In the near three years since, there have been many reasons to speak out about VAR, but it certainly has not stopped debates after matches. It is even arguable whether it has made a referee’s job easier. The technology has caused further division, and although any issues can be put down to the personnel involved in its use rather than the machinery itself, calls for it to be thrown out of football remain rife.

It feels like each week, despite having added help in decision-making, referees are being scrutinised for mistakes that create talking points. The narrative surrounding English football now is that the standard of officiating has seldom been lower.

In previous years, the likes of Howard Webb and Mark Clattenburg took charge of World Cup and European Championship finals, but in 2018, no referee from the FA’s list travelled to Russia for the latest edition of the former. At Euro 2020, Anthony Taylor flew the flag, but was part of the only team of officials to receive criticism for the use of VAR, further suggesting there is an interpretation issue on these shores.

Howard Webb says failing to send off Nigel de Jong in the 2010 World Cup final was the biggest error of his career pic.twitter.com/apP2rEOuXV

Regarding the perception of refereeing standards generally, there are plenty of calls for improvement and angry voices directed at individuals, but very little is being done to tackle the core of the issue at grassroots level, which is, in turn, impacting the elite.

It has been estimated that 10,000 amateur referees have stepped away from the sport in the last five years due to abuse, leading to crises across all age groups. In 2009, The Guardian reported 7,000 referees per year were calling time on their involvement for the same reason. Despite the FA running ‘Respect the Ref’, a campaign specifically designed to tackle the problem, it remains prevalent.

Naturally, if the pool of available referees is drying up, then the level of quality will diminish. Only now are we seeing the true impact of that.

Ali Pericles quit recently after his latest run-in with abuse in the Newcastle area, and he says it was difficult to see the point in continuing for a while.

“It just wasn’t fun anymore, you just think ‘who needs it?’”, he tells Compare.Bet. “It wasn’t worth the money you get; it wasn’t why I was doing it, it was nice to get some money for the pub, but you can’t do it with mates. It felt like you would get there, and there were players, coaches and parents if it was a kids’ game, you were on your own. It was everyone against you.

“Depending on what level you were at, you may have had assistants, but it wouldn’t make much difference in the grand scheme of things.”

“My last game was a kids’ game and a parent was screaming all sorts at me. There is a kind of resentment towards referees. You don’t see these people having a go at it. Why do we get into refereeing? Because we weren’t good at football but still wanted to be involved.”

“The abuse that referees receive from all of us is disgusting.”

“We should be ashamed of how our sport acts towards officials.”

“You can’t speak to people on the street like that so why a referee?”

Must listen from Dean Ashton on why abuse to referees needs to stop 👏👏 pic.twitter.com/56afYTfgAT

Pericles was racially abused, sworn at and even under threat of physical violence on a regular basis, regardless of the match he was refereeing. He recalls an incident in a women’s game.

“It got abandoned and I thought, ‘I need to get out of the way here’. Everything just built up over time. There were so many examples; people would say all sorts. Someone called me the worst ref they’d had when I gave a penalty against them, it was a stonewaller! The thing is you’ve only got one chance to look at an incident and you can’t get distracted by anything. A split second can have a huge impact.

“I’ve had complaints filed against me. Fortunately, someone from the league just happened to be watching so it was thrown out. One team even attempted to bribe me not to file a report on a red card; that didn’t go well!”

Referees are often dehumanised as a result of their position of power. Pericles says while the scrutiny is worse at the top, the impact of abuse is very different at grassroots.

“For a Premier League referee, the big fear will be getting torn to shreds by a pundit. [Alan] Shearer did it the other week; people say referees are terrible, but are they really? Getting taken apart on Match of the Day must put a lot of people off. But nobody is going to attack a referee in a stadium because of police presence; it is a different story.

"We are getting decisions against us." 😡

“Watching as a fan, I’m more balanced than my mates and I can see things through the referee’s eyes a lot more. But I have to admit, it has got tougher to defend people since VAR arrived.”

The reasons for abuse at grassroots football are so engrained in everyday life. It is tough to see a way to improve behaviour from the player or coach’s perspective. But Pericles is clear on something that can be done to improve the experience for a referee; they are in need of support.

“It doesn’t have to be every game. But having somebody official watching on the sidelines could redress the balance a bit. Having somebody to back you up could make quite a bit of difference. Generally, there needs to be an improvement in the way the local FAs deal with these things.”

Abuse is never the answer. Referees are a vital part of the game, and they need to be encouraged, especially when the love of the sport is their drive behind involvement. Something needs to be done before it is too late, or grassroots football could cease; the domino effect from that would be utterly disastrous.