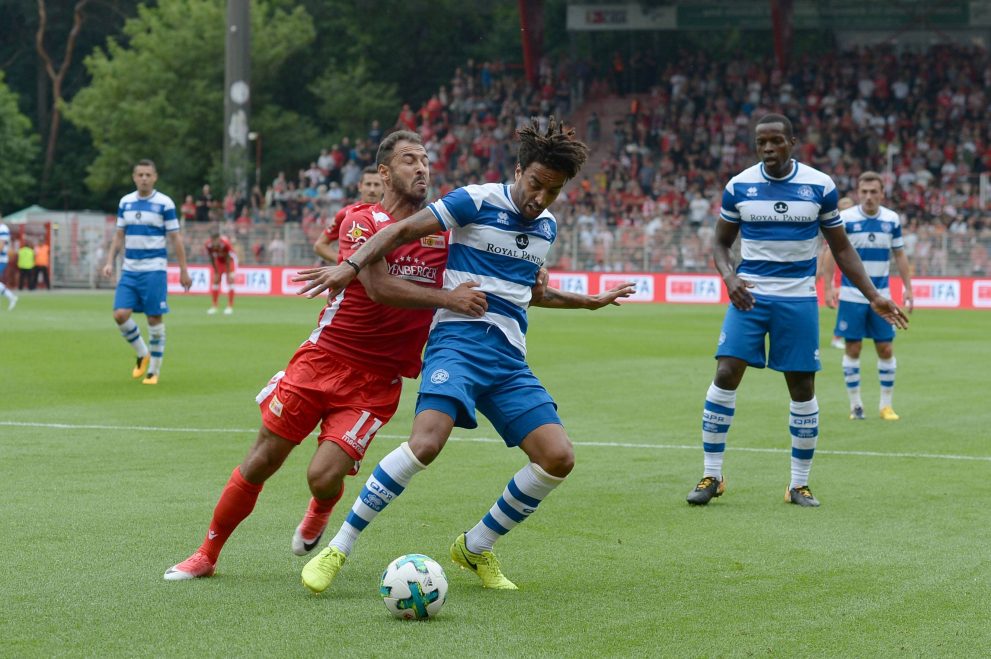 For a moment, James Perch was conscious but couldn’t see anything. At Mansfield training in September last year, the 36-year-old former Newcastle United defender suffered a fractured skull, an injury which has left him feeling frustrated and, despite his age, more desperate than ever to return to a football pitch. That, officially, may have to wait until next season, but Perch is targeting a return in as little as a few weeks.

“It has been a weird one,” Perch tells Compare.Bet. “The physios haven’t really dealt with it before because it is such a rare injury. But I’ve been out before and it has really got me down. This one hasn’t really bothered me; I can walk, I can still jog and keep active, which is the main thing when you are injured.

“People are asking me if I feel scared about heading the ball again but I could play tomorrow. That is how I feel right now. I’m ready. It isn’t that I’m fearless, I’m not Roy Keane or anything, but the feeling of wanting to play again is just outweighing any fear I’ve had.”

As soon as the incident happened — a teammate elbowed Perch in the temple as he went up for a header in a crossing drill — there were obvious concerns about concussion, but it turned out to be much worse than that. Just a few short months on, though, and things are starting to look up.

“I’ve never felt a pain like it, and it was strange when my vision went but I could still hear. I just saw black, nothing. Then for about a week afterwards, it was constant headaches; now they’ve gone away and I don’t really feel anything anymore.

“My head had to heal naturally, I couldn’t do anything because exercise increases blood pressure and that goes to your head, causing headaches. So I’d test the water and then get a headache and be told to stop. It was trialling little things; the bare minimum, too. I couldn’t lift 5kg weights, which is nothing for a professional footballer. As soon as I got a headache, I just had to stop immediately. It was just about building some resistance to exercise again.

“I’ve been back in training for four or five weeks, but there is no contact. The lads can’t touch me and obviously, I can’t head the ball.”

Defender James Perch has been ruled out for the season after a scan has revealed a fractured skull.

The club will offer its unreserved support to James throughout his rehabilitation period.

Perch’s injury, sustained in September 2021, comes amidst growing concern for player safety when heading the ball. Just a few months before the injury, the FA introduced new guidance limiting professional players in England to just 10 ‘high force headers’ in training per week. The move was made after a study from 2019 found that professional footballers were more susceptible to neurodegenerative brain disease later in life, something backed up by former Manchester United defender, Gary Pallister.

Nonetheless, Perch is hungry to return to professional football, and despite a long and mundane recovery process, Perch says it is more important than ever to keep working now he is no longer in any obvious pain.

“The most difficult thing is feeling fine. A week after I did it and the headaches were gone, I felt okay. It wasn’t like I broke my leg and it was in plaster. I’ve done ankle ligaments in the past and I would always try and come back sooner because I thought the adrenaline would get me through it. But with my head, the physios were telling me to be really careful. They said if you get another whack on it too soon, it could be fatal.

“It is about ticking boxes, doing so many headers a week to show that progress even though I feel completely fine.”

Perch is keen to enjoy every minute he has left of playing, owing to the fact he did have to face up to some difficult possibilities. As such, coaching has become something of a fallback plan.

“Retirement had definitely come into my mind,” he admits. “I’ve flitted between the two, retiring and getting fit and playing again, one week one and one week doing the other. But now I definitely want to play again and that is my decision. It helps to have that target in your mind; it would be easy to say ‘oh, I’ll call it a day’, but I’m fit, healthy and strong and I feel like I can play. I didn’t want to go out on that note; I wanted to come back and at least play one game or a season before I retired.

“When the news came out, the gaffer offered me a coaching role and I was going to be on his staff. But I was never fully committed because I wanted to play again. My attitude to retirement is sort of cross the bridge when I come to it. At the minute, I can still see myself playing for a good few years yet, and I don’t want that to change.”

The three similar cases known to most are Petr Cech, who went on to wear a scrum cap for the rest of his career with Chelsea and Arsenal after an incident at in a Premier League clash in 2006, Ryan Mason, who retired after a clash of heads with Gary Cahill for Hull City at Chelsea in 2016, and most recently Raul Jimenez, who clashed with David Luiz as Arsenal hosted Wolves last season.

There has been contact between Mansfield and Wolves over a potential meeting with Jimenez, who also wears protective headgear. Perch is preparing to do the same on his return.

“I haven’t spoken to Raul yet, but he is happy to speak and I really appreciate that,” Perch adds. “Our physio has been in touch with the Wolves physio so I will definitely talk to him soon. I’m being measured up for a headband, like Jimenez’s. It is the same company who made his. I’ll train with that, full contact, and then I’m pretty much back. I’ve just got to wait until I can go again.”

Having time off, while unwelcome in the circumstances, has come at a good time. Perch and his partner gave birth to a new baby daughter three months ago, and he has enjoyed slowing down to spend time with his family.

“I’ve been lucky with injuries, so I’ve never had too much time off. I’m quite chilled so I feel like I can do nothing and be happy, but it has been weird to be able to actually enjoy Christmas and things like that. It has been nice to relax, and be with family and the new baby. Things happen for a reason and I think of it as a positive that I’ve been able to take a step back and help with the school run. I’ve been doing the school run every day for four months, but I’ve loved it. It keeps me busy.”

The FA have made a statement regarding heading regulations in football pic.twitter.com/tounKKncQA