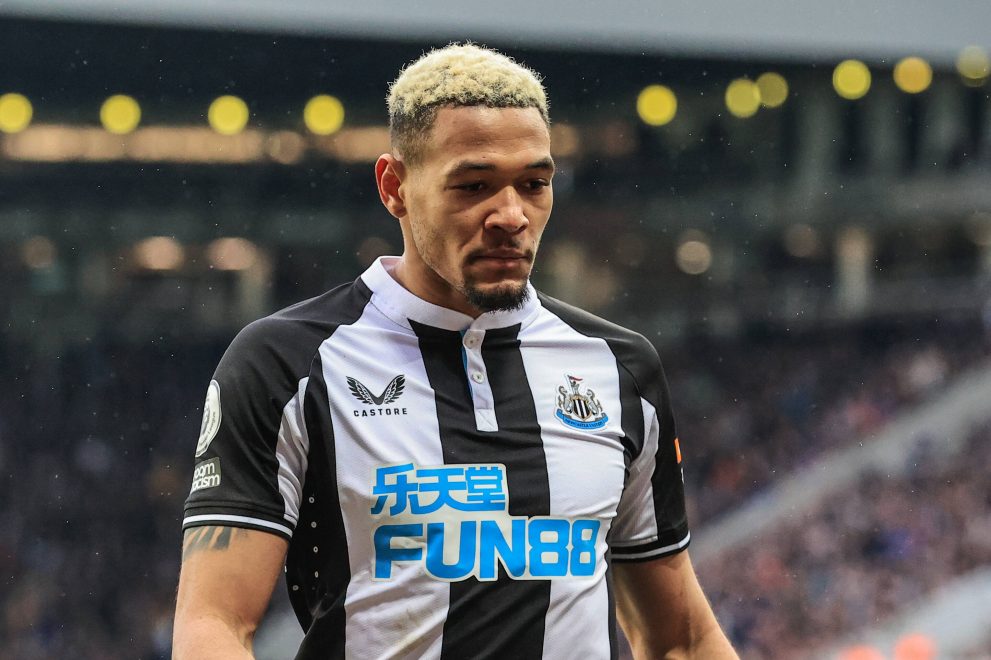 Joelinton is the Newcastle United player who perhaps best encapsulates the lack of forethought and understanding of the Mike Ashley era. His £40m signing from Hoffenheim in summer 2019 was billed by the club as exciting proof of ambition, but what followed fell short of the hype.

Spending such a fee on a player was beyond uncharacteristic for then-owner Ashley, viewed by many as only having invested enough for Newcastle to survive on a budget while yielding as much profit as possible. The fact he was so keen to blow all previous club signing fee records out the water for the Brazilian, seemingly prioritising him over retaining disgruntled then-manager Rafael Benitez at the club, became a source of great suspicion.

When Joelinton finally arrived, he did so alongside the recently appointed Steve Bruce. It seemed there was no plan for how the 23-year-old striker, who was given the number 9 shirt despite never having reached a double-figure goal tally in a season, would fit into the team.

By the end of his first two seasons, Joelinton’s reputation was in tatters, with only a handful of goals to his name. The gamble had backfired; he was told to sink or swim without a lifejacket.

But now things are different. Ashley and Bruce are gone, replaced by a Saudi-backed consortium and Eddie Howe respectively. The number 9 is off his back, too; it’s now shouldered by seasoned and proven Premier League goalscorer Callum Wilson. Howe impressed in his interview for the job precisely because he gave in-depth analysis of his prospective players, including Joelinton, and the benefits of their working relationship have become clear since Howe’s appointment.

"The (transfer) window enabled us to add some very good people to the group but I do think the players we've had have progressed through the weeks and improved. Put that mix together and it's been a powerful one for us." pic.twitter.com/pUeOL8chmC

For all the criticism Joelinton was subjected to, there was a lot of anticipation over whether the player could improve with the right coaching. After all, current Bayern Munich boss Julian Nagelsmann once called him an “animal” when they were together at Hoffenheim.

Putting his close control, physique and power to good use, Joelinton has been pulled back from the forward line to operate as a box-to-box midfielder, and the switch has made a significant difference to the quality of his performances. Having once been symbolic of the previous ownership’s failures, he’s quickly becoming a beacon of hope and a bright new future for Newcastle.

“Since he has moved into a deeper role, he’s made such a difference,” Charlie Woods, chief scout at St James’ Park between 1999 and 2004, tells Compare.bet. “When he played as a lone striker, he didn’t run the channels enough, but now he is harassing players and putting them under pressure. He’s even making good runs down the sides.

“Looking at him now, he’s revelling in that position. He’s proving his worth at £40m, whereas before, he didn’t look like a £40m player.”

After a difficult start at Newcastle, Howe has begun to turn things around in the league, helping the club climb out of the Premier League relegation zone for the first time since late September. Joelinton has been key to this change in fortunes, but there are questions over whether he will continue in midfield or eventually return to being a striker.

Fans previously wanted to see him as far away from the team as possible; a lack of nuance in analyses of his situation, and the fact he was brought in with undue levels of pressure, hung him out to dry. Now the Newcastle faithful are singing his name, with a banner of his face and a Brazilian flag on show before kick-off at home games. It has been quite the turnaround and one of the club’s success stories amidst a very difficult season.

A six-goal thriller last time out against Brentford! ⚫️⚪️

Chris Waugh, Newcastle United correspondent for The Athletic, points out that Howe has tended to use players of his ilk up front in the past, but says there is a lot of change coming at St James’ Park.

“If you look at Dominic Solanke at Bournemouth, there’s a precedent for Howe to move Joelinton up front again, he likes a big striker in a pair,” Waugh says.

“He is performing very well in this role, almost by accident. But the interesting thing is it isn’t really in the ‘number 8’ role where he is thriving, it is more in a destructive sense. He’s very good at tackling, pressing and generally being awkward [for opposing teams], but I still feel in a productive sense he’s not quite there. His vision and final ball are still to be ironed out.

“Longer term, the issue is: if Howe wants to move to a midfield two, rather than the current three, can he still play in that role? It’s a big unknown, he’s still learning.

“Newcastle will want to upgrade in most positions, but if he keeps on performing then he’ll have as good a chance as any current player to stay involved after the summer.”

“You’ve got to credit Howe,” Woods adds. “Before he arrived, there was barely a suggestion that he’d be in the team. He could be an asset to the team, especially if he goes further up the pitch and the team plays those diagonal balls in to Chris Wood.”

There is a really fascinating situation developing for Joelinton at Newcastle. At one stage, it looked as though he would be sold as quickly as possible, but he’s now becoming indispensable. Long-term, it feels unlikely that he will play as important a role owing to the new owners’ plans to turn Newcastle into a genuine force in club football, but he’s nevertheless gained cult hero status after having initially been seen as a flop.

That being said, how deep does this change of perception go?

“He is playing well, mostly in games you’d expect Newcastle to be competitive in. Can he keep that going? Only time will tell,” says Woods.

“I think it is hard to forget that he was signed as a £40m attacker. From Newcastle’s perspective and looking at what went wrong with their recruitment, there is valid context to mention that.

“He’s shown significant value as a defensive midfielder, but now it is about adding consistency to his game.”