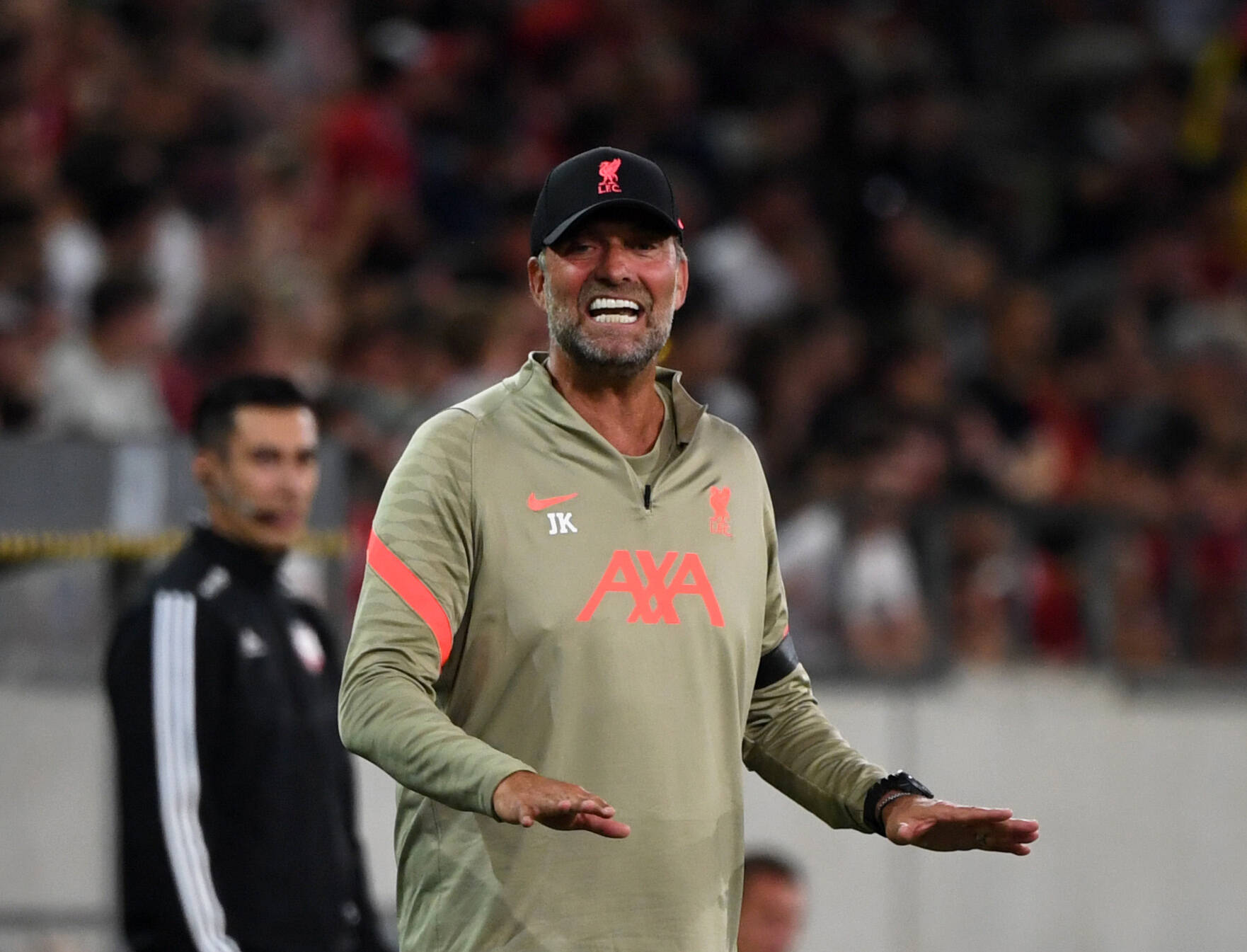 Liverpool paid for the stunning achievements of the 2018/19 and 2019/20 seasons with what happened last season. Physically and mentally drained by the pursuit of Manchester City at the top of the Premier League table, Jurgen Klopp’s side were a shadow of their former selves even as they salvaged a third-place finish.

Injuries to a number of key figures — most notably Virgil van Dijk — were a contributing factor, but Liverpool’s struggles also raised wider-reaching questions. Klopp’s team appear to have reached the end of a cycle, and so the German coach must take measures to evolve his approach to keep the Anfield club at the top of the English and European games.

For this to happen, nowhere on the pitch needs as much attention as the midfield. Klopp already has to contend with a Georginio Wijnaldum-sized hole in the centre of his team after the Dutchman’s switch to Paris Saint-Germain this summer. Jordan Henderson’s future is also still to be resolved with contract talks reportedly at an impasse.

While Liverpool’s defensive and attacking pedigree has never been questioned, with the likes of Mohamed Salah, Sadio Mane, and Trent Alexander-Arnold viewed among the very best in their positions, Klopp’s midfield has long been the subject of much discussion, even when the Reds were domestic and continental champions.

It’s in this area where Klopp can make the biggest difference, where the biggest leap forward can be achieved. Henderson and Wijnaldum have been key to Liverpool’s success over the last few seasons, but the latter’s departure and the former’s patchy injury record gives Klopp the chance to build something new.

With Fabinho at the base of his midfield, Klopp has the freedom to field two attack-minded central operators ahead of the Brazilian. This could facilitate a move for Saul Niguez, the Atletico Madrid player linked with a move to Anfield this summer. Renato Sanches would also be a good fit for Klopp’s team, such is the adaptability and intensity of the Portuguese midfielder.

Sanches is the sort of ball-carrier who could make Liverpool a more dynamic outfit through the middle of the pitch. Last season, the 23-year-old averaged 1.7 dribbles per Ligue 1 appearance. At Euro 2020, he averaged two dribbles per appearance for Portugal.

Tactical logic would suggest that if Fabinho is the protective barrier in front of the back four, Klopp needs a pass master and a box-to-box operator to evolve his midfield. This would give Liverpool balance in the centre of the pitch and provide the likes of Roberto Firmino, Mane, Salah, and even their attacking full backs, the platform to thrive.

And more to come… pic.twitter.com/WJGPpnSGx6

Klopp might already have the players in his dressing room to evolve his midfield. The addition of Thiago Alcantara last summer was meant to give Liverpool more control in the centre of the pitch. The Spaniard is widely seen as one of the most accomplished pace-setters of his generation and so many expected Klopp to change the character of his team in order to accommodate the newbie.

However, injuries to Fabinho and Henderson saw Thiago thrown into a team without much of a structure to support him. This resulted in the Spaniard making a shaky first impression on Merseyside with a set of challenging circumstances demanding that he play in a way that isn’t so natural to him. With that in mind, it’s unsurprising that Thiago rarely demonstrated his best form last season.

Then there’s Naby Keita. Signed for a then-club-record transfer fee of £48m, the Guinea international was seen in the same light as Alisson Becker and van Dijk — i.e. targets signed to be central pillars of the Liverpool team. Since then, however, injuries have hindered Keita to the point some fans forget he is still at the club.

Naby Keita has looked good in pre-season – but can #LFC and Jurgen Klopp rely on him once the season begins? 🤔 pic.twitter.com/s6ECpN2Ldf

Nevertheless, Keita has the technical attributes to modernise Liverpool as a team. His pre-season performance against Mainz hinted at the player the 26-year-old could still become for the Anfield club. Keita’s ability to squeeze out of difficult situations with the ball still at his feet strengthens Liverpool’s resistance to an opposing high press, something that is increasingly valuable in the modern game.

“Naby trains really well in the moment, I have to say,” Klopp explained towards the end of last season when asked what Keita’s future at Anfield holds. “He trains really well, like a lot of other players, and looks really good in training. But this year now we need stability. We will make changes from time to time, definitely, but it’s not like we pick now seven, eight, nine players to change and say, ‘Maybe we can win it like this’. The long-term future of Naby Keita, from my point of view, is here, yes.”

In theory, a midfield trio of Fabinho, Keita, and Thiago should give Liverpool the control, dynamism, and balance to succeed. Of course, this depends on the fitness of all three, with Keita — who only started seven Premier League matches last season — being particularly injury-prone. Regardless, the potential is there for a turbo-charged engine to drive Klopp’s team forward for the next few seasons.

Liverpool find themselves at a crucial juncture in their recent history. Klopp has completely reshaped the club, on and off the field, since his arrival in 2015, but the German is now tasked with building the Reds back up again. If last season marked the end of a cycle, this season must signify the start of a new one.

There are questions over the future of some key figures, such as Mane and Salah, while some still suggest Liverpool need an orthodox centre forward over the nuanced contributions of Firmino. But Liverpool’s midfield is where the real rejuvenation can, and should, take place. If Klopp has plans to take his team into a new age, he must first look at his players in the centre.