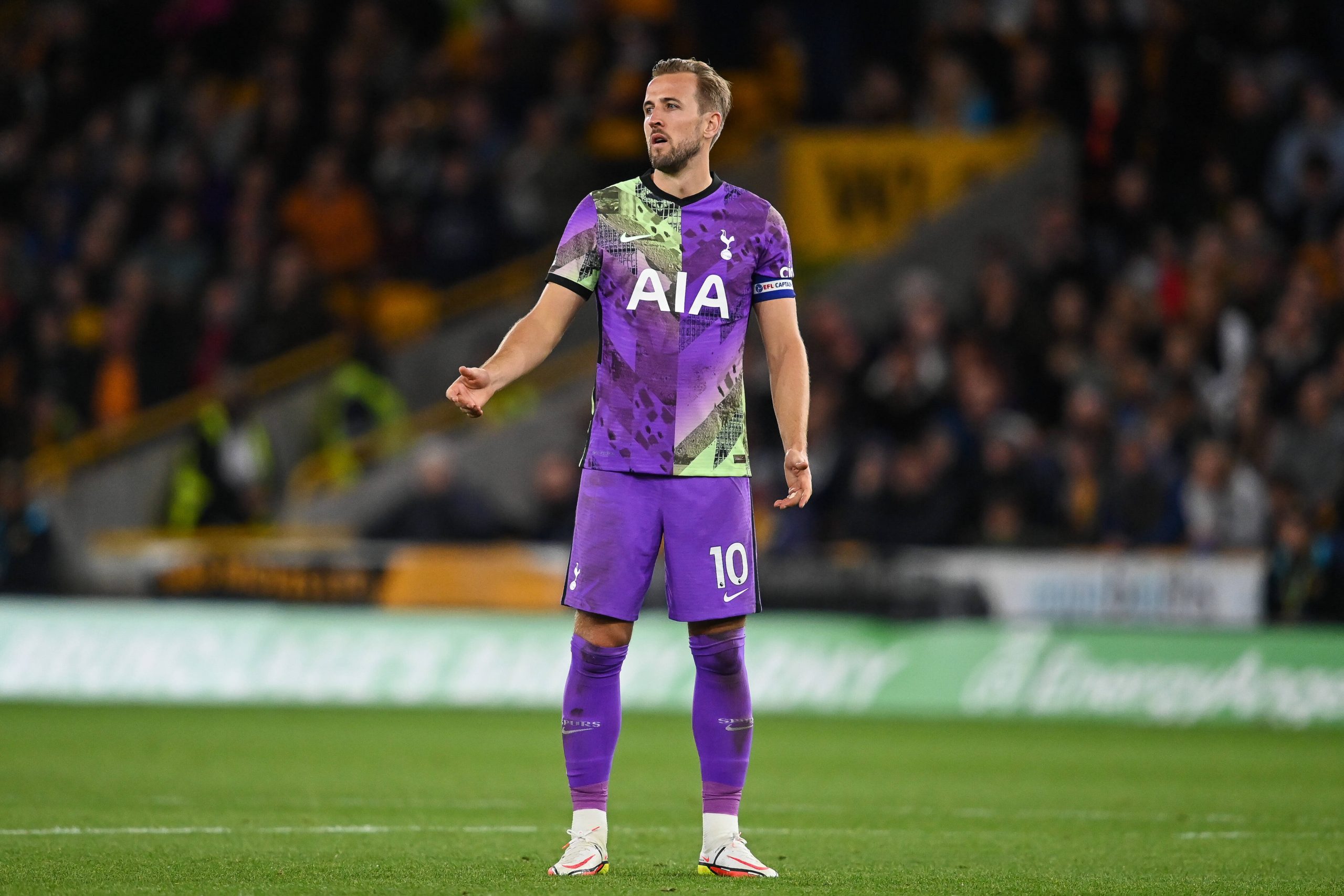 The Harry Kane saga rumbled on and on in the summer, and still is in a way, with now the striker’s commitment being questioned amid a shocking run of results for Tottenham – but that could be masking a much deeper and bigger problem at Spurs that threatens to result in yet another wasted season.

I say wasted, because with Kane and Son Heung-min Tottenham have two of the best attacking talents around, who set a record combing for the most goals ever in the Premier League last season, as well as a decent supporting cast, yet are in danger of lurching into yet another identity crisis.

And Harry Kane’s future may not even be the worst of it.

There were some dissenting voices, there always are, when the Kane saga ended with Tottenham’s star striker staying at the club, but the ripple effect from that dalliance with Man City is now playing a part in the club’s latest problems.

Should Spurs have let Kane leave?

We had the Gary Neville interview which first brought about the unthinkable, that one of their own could leave Spurs, which changed into a staunch belief that Daniel Levy wouldn’t be bullied into letting their star man go.

We then had his brother Charlie Kane’s botched attempts to get Harry that City move, which only served to drive a wedge between player and some of the fans — to the extent that even Levy, so often the villain of the piece, actually became the hero. It’s a strange world where Levy is the hero.

Kane, of course, stayed, Spurs beat City and won their first three league games (all 1-0, more on that later) and Kane scored in the Europa Conference League and all was well with the world, until the false dawn ended and gave way to a blinding reality that cracks had merely been papered over.

Kane’s form a sign of still wanting to leave?

Kane has had his worst start to the season in years, without a goal in the Premier League and looking a shadow of his former self.

“He’s just not himself, and neither is Son. Kane and Son look like they’ve just had their balloons burst at a party as a kid.”

Gary Neville feels that Harry Kane does not look himself at Tottenham after the transfer speculation surrounding him in the summer ⤵️pic.twitter.com/xvxZz6CBDQ

Kane’s in a rut, but it is the question of why that is the most important. His form for England during the same spell has been the same old Harry — scoring in all three games during the last international break and playing his heart out in a couple of tough away games.

As far as I know, Kane is a genuine sort and never for a second would you suggest he’d be the type to down tools. He’s as solid a professional as you could want, his attitude I believe is spot-on and there’s no chance he would be a problem in a dressing room.

BUT, if he’s just that few percent off, if he’s not smiling as much, if he’s just not the same character as before, then that will show through. He’s probably cheesed off with Man City, who no doubt let it be known they’d sign him before then refusing to pony up the cash to send him up to Pep Guardiola.

He’s probably cheesed off with Levy, over the entire ‘gentleman’s agreement’ debacle — again, amazingly, I might be on Levy’s side on this one. He just had to, and has to, do the best for his club and that’s not selling your best player to a rival for anything less than what you will accept.

And we forget in all this that there may well be members of that Spurs squad who are a bit cheesed off with Kane for wanting to leave to better himself and win trophies. Yes, we all know City is a step up and their trophy prospects are much better, but it’s not the ideal motivating tool for young Spurs players or new signings is it?

Kane, though, may also be a bit put out by the new manager, especially after Nuno Espirito Santo played him on the left wing recently…

Levy’s big Jose Mourinho experiment failed, though it may have succeeded in bringing the Carabao Cup in had he not sacked him before the final! No doubt that move was to prevent Mourinho having enough goodwill with the fans to force another season in charge.

The next manager, then, would be crucial, not only to Tottenham’s future but also to keeping Kane, and keeping him happy.

Spurs looked to Italy with Paulo Fonseca and Gennaro Gattuso, a Mauricio Pochettino return was mooted and Graham Potter, Brendan Rodgers and Ajax’s Erik ten Hag were all on the list. All play, or try and play, attacking, expansive football and they’ve got a good record in the main for bringing through young players.

Nuno’s time at Wolves wasn’t filled with attacking flair — he achieved great things there but never with a flourish, always with a defend-first mentality.

"We have to stick together"

Nuno Espirito Santo says he understands the 'Tottenham way' and the squad do believe in his tactics pic.twitter.com/X0MRqOCHZy

It’s as if Levy panicked when a few names fell through and he went for what he regarded as a safe pair of hands, and with Nuno likely a fourth of fifth choice at best. It’s not worked out up to now, and all the signs point to it becoming a real problem.

The big issue — what is Spurs’ identity?

The Tottenham Hotspur Supporters Trust has asked to meet with the board to discuss their plans for the future and how they’re going to get back to playing in a way the fans can get behind.

“This meeting is an opportunity for the decision makers at THFC to explain their plans to supporters,” said the trust.

“This explanation should include plans for this season and beyond, an explanation of how success will be measured and how the club’s DNA will be regained.”

This is an issue not masked by those three opening Premier League wins — all coming 1-0 — and while that’s acceptable against Man City it’s not against Wolves and Watford. Even worse is three consecutive defeats when conceding three goals each time.

Nuno Espírito Santo says the mood among his Tottenham squad is "not good", adding that his players are "sad" and that the feeling is keeping them up at night.

And most galling of all, it’s not acceptable for Spurs fans to be leaving the Emirates green with envy after watching a young, vibrant Arsenal wipe the floor with them and looking like having a clear style of play and plan for the future.

That’s what Spurs are missing the most, that’s what they crave. Success is hard to come by in football, it takes time and a serious amount of money, but all fans want is hope. They want to know, or at least believe, that the club is heading in the right direction.

If the plan is to bring young players through, play a certain brand of football and stick to those principals, fans will accept the odd bad result and loss of form as there’s always light at the end of the tunnel.

With Nuno in charge of Spurs that light is about as dim as it gets.

Sadly for Nuno, though, he’s not arrived at the ideal time to start a long-term project. Kane needs an uplift or he could be off and the Spurs fans need some sign of things getting better before the pressure starts to be applied to Levy.

We all know he gets twitchy in those moments. It may get worse before it gets better at Spurs, and it may not get better until Nuno sadly is moved on.