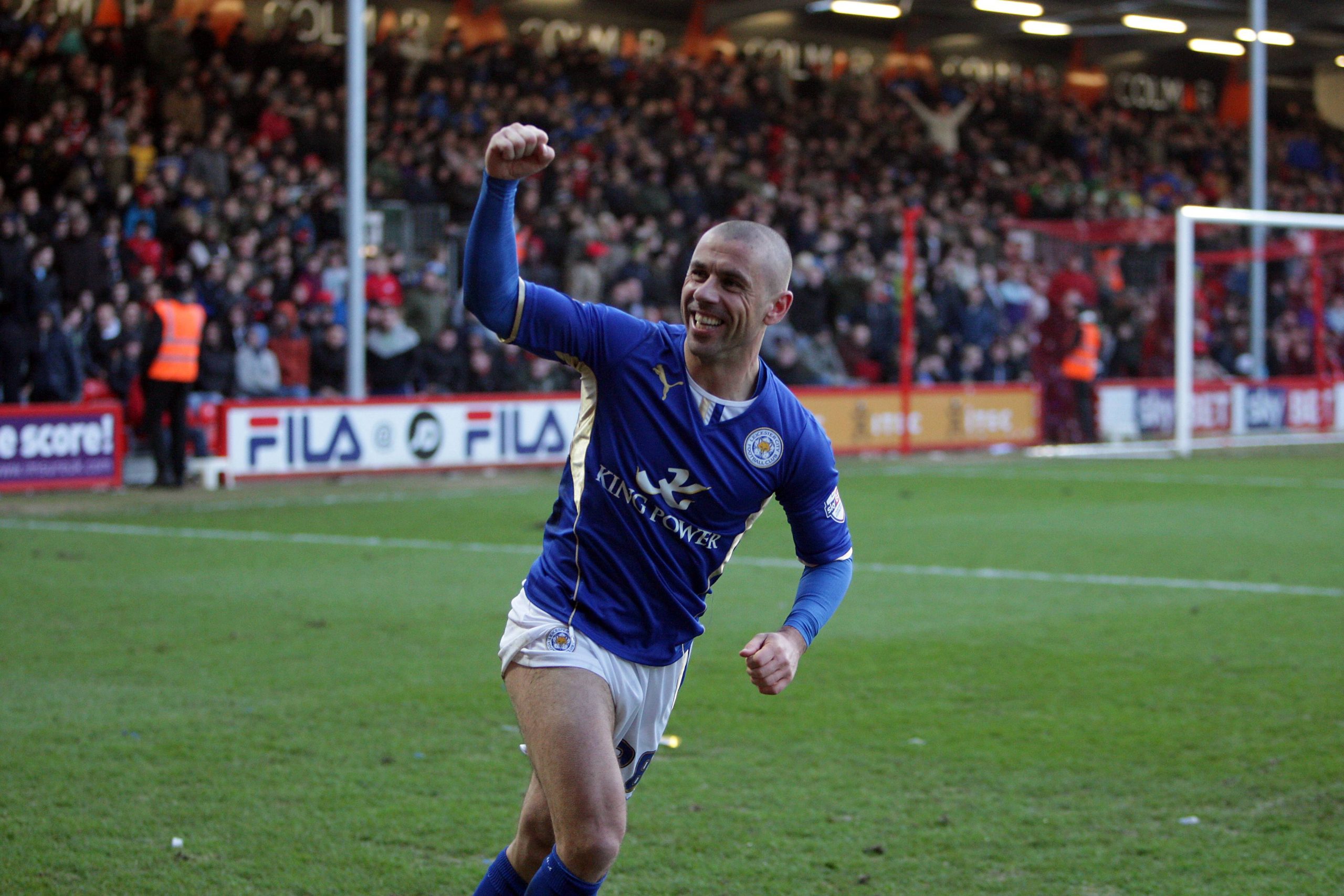 In the age of the European Super League, marketing models and football club owners generally putting profit above the spirit of the game, everybody wants to be like Leicester City. The viral video of Aiyawatt ‘Top’ Srivaddhanaprabha celebrating with his team on the pitch after their recent FA Cup victory evoked feelings of both pride and envy in neutrals all around the UK. Togetherness, connection and a shared ambition are all anybody really asks for from the people who buy these clubs.

Top’s father, Khun Vichai, who died in a helicopter crash at the King Power Stadium in 2018, became the mastermind behind Leicester’s success. He picked them up in the Championship in 2010 and immediately set out his bold plan to regenerate the club and surrounding community. Often mocked for making outlandish statements about aiming for the Champions League, his first target, promotion to the Premier League, was achieved in 2014. Although winning the league title two years later, wasn’t exactly expected —especially after a remarkable escape from relegation the season prior— it justified his audacity.

Now, as part of keeping Vichai’s legacy alive, Top is overseeing a regular challenge for the top four, and it is a real family affair. Although Brendan Rodgers’ side have missed out in the last two seasons, they have managed to mark their progress with a first-ever FA Cup win against Chelsea.

Kevin Phillips was a key part of Leicester’s rise and cementation in the Premier League as a player and then coach under Nigel Pearson. He was struck by the freedom the owners allowed the staff, and says the journey the club have been on shows the level of ambition they have. 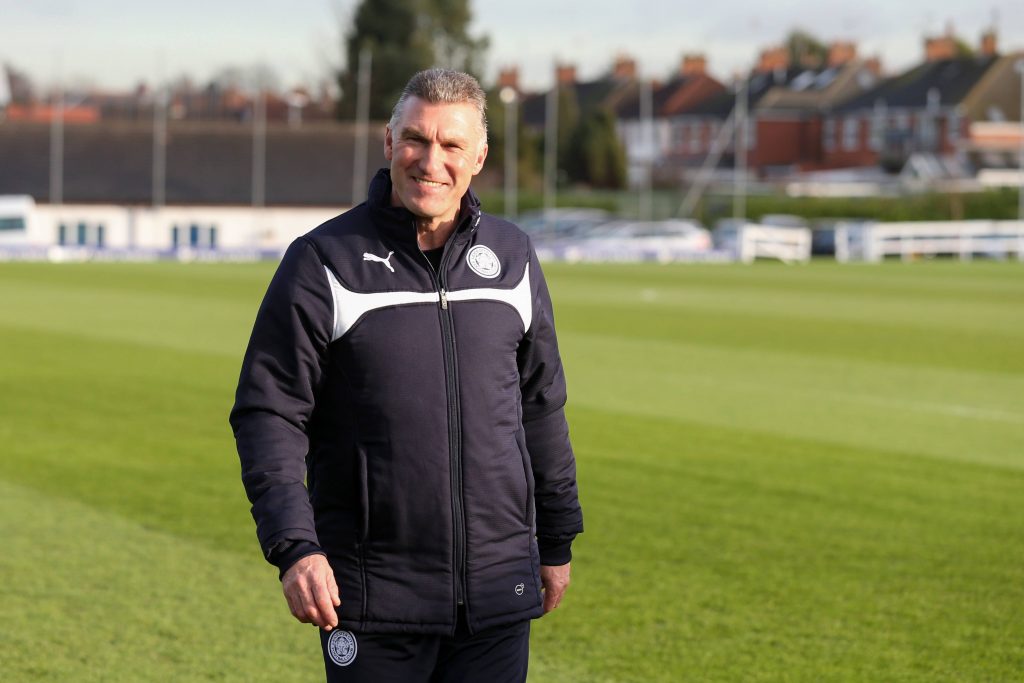 “If I had to sum up what Leicester are right now in two words, they would be ‘family club’,” Phillips tells Compare.bet news. “The simple thing about the owners is that they don’t interfere. They love football, they understand football, and they understand that they employ someone to look after things on the pitch. They write the cheques, but they say: ‘You’re the manager, if you want a player we can talk about it but ultimately it’s your decision. Here’s the money, go and get him.’ They don’t say a player must play because they’ve cost a certain amount, which you hear about at other clubs. They are a good, genuine family. It is a recipe for success and so it has proven.

“I’d be lying if I said I said I wasn’t surprised by what they’ve done. When I joined them [in January 2014], we were dominating the Championship and two years later they are winning the Premier League. It just shows the intent that Vichai, Top and the board had at the time, but even they were surprised by that.

“They were wealthy people, so that wasn’t an issue. It was just about getting the right people into the club. After getting promoted, our main goal was to stay in the Premier League as it is for anyone in that position. At one point we were dead and buried, nine points adrift at Christmas, and then we just found a formula that just worked. We stayed up with a game in hand; it was just an incredible turnaround and a huge shift in momentum.

“It would be quite easy, as owners, to get involved when you are struggling like we were, to make changes, but they didn’t. They kept faith with Nigel and trusted him and the squad. There was no pressure. The togetherness from that end of that season carried through, and it’s still there now whenever I watch Leicester. It helps that their key players, the [Kasper] Schmeichels, the [Jamie] Vardys, were there when we stayed up and they won the title.

“Tactically, Nigel is superb. He knows football inside out. The only thing you would say is he’s very much his own man; if you got on the wrong side of him there was only going to be one winner at it was him. I think he’s relaxed now, but it was very much a case of ‘do not question me or you will not play for me.’

Pearson was relieved of his duties in the summer of 2015, and Philips eventually departed to join Paul Clement’s coaching staff at Derby County after helping oversee matters in pre-season. He says bringing in ‘proven winner’ Claudio Ranieri helped push the club on to new heights.

“When Ranieri was unveiled, the intent was there. He had a wealth of experience and was a proven winner; he and [assistant manager] Craig Shakespeare took things to another level. The recruitment was fantastic; [chief scout] Steve Walsh found [N’Golo] Kante after already signing [Riyad] Mahrez, and now they’ve got an incredible training ground. The stadium and the atmosphere are incredible. Nobody expected them to win the Premier League, but it isn’t a surprise to see them maintain their level since then, and certainly since Brendan Rodgers came in.” 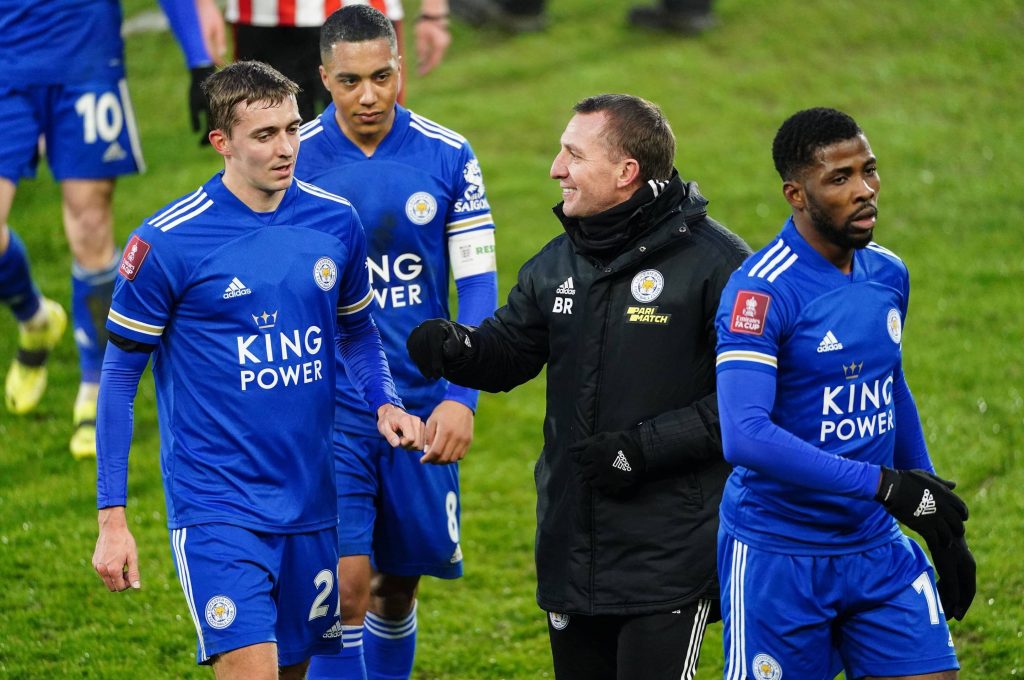 Brendan Rodgers coming off the pitch with Timothy Castagne, Youri Tielemans and Kelechi Iheanacho at half-time in an FA Cup tie

Before Kante’s arrival, Leicester’s midfield was anchored by Argentine legend Esteban Cambiasso, who joined on a free after leaving Inter in Serie A. While Phillips admits he caused something of a stir in the dressing room, he said his quality was key to the Foxes’ survival bid.

“You didn’t need to coach him, you just needed to give him instructions and let him organise; I wish a lot of players were like that. He was Nigel’s eyes and ears on the pitch and he was a clever guy; not the quickest, but he used to see things before other people. A lot of people didn’t like him, he had an arrogance about him, but you deserve that when you’ve played at the level he has and got that amount of international caps. You’ve got to respect that, but he wasn’t everyone’s cup of tea.

“He knew at the end of that season that he couldn’t do another year at that level, and he could have sat on a wage for a year but he didn’t. That shows class. I got on with him, but I sensed a bit of unease in the dressing room and it had a bit of an effect. Maybe he sensed that, too, but he was a dream to work with.”

A difficult season followed their title win in 2015/16, and Ranieri was sacked nine months after it in the midst of another relegation battle. Shakespeare steered them to safety before taking the job on himself. He was eventually replaced by Claude Puel, but it was Rodgers’ arrival in February 2019 which ushered in a more coherent plan for success.

Phillips lauds Shakespeare and said his role in Leicester’s success shouldn’t be forgotten.

“I firmly believe, hand on heart, that if Craig leaves when Nigel does, Leicester don’t win the Premier League,” he asserts. “The players were gutted when Nigel left and they needed Shakey there to keep the players onside, and coupled with Ranieri’s experience, it just worked.”

Key for all managers since Leicester’s promotion has been Vardy. The 34-year-old’s journey to the top is unorthodox, taking him from non-league right through the divisions, even being picked up for a film. His intensity has helped push the team on, and he has established himself as a Premier League great, scoring over 100 goals in the division. 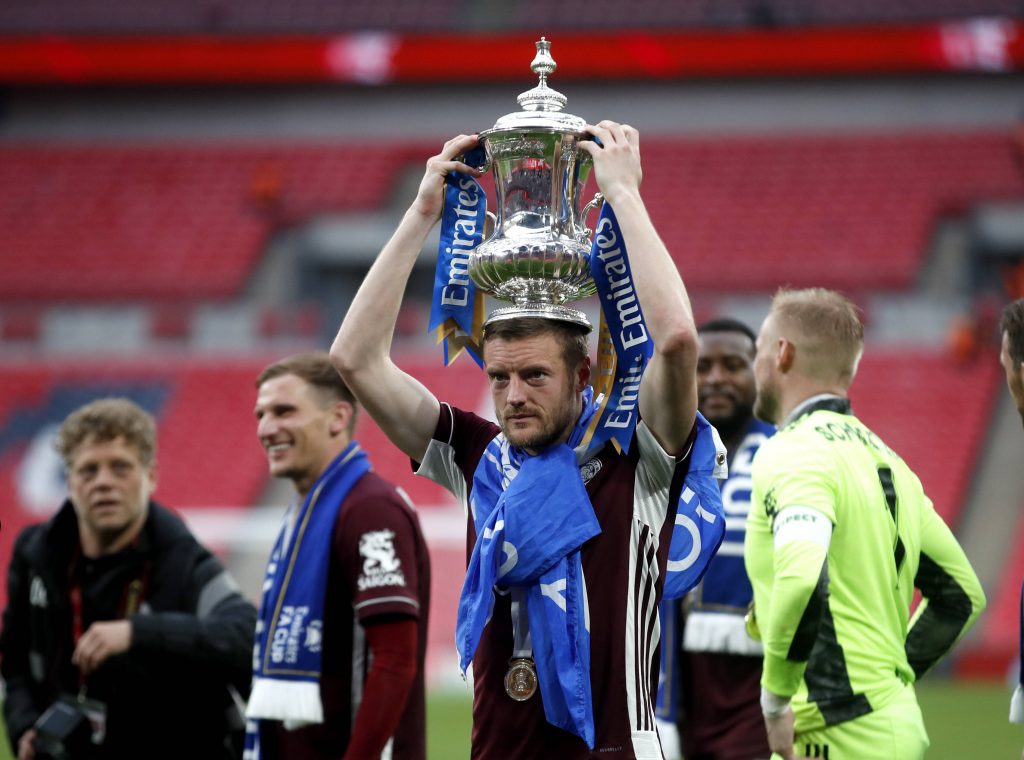 “Vards is as mad as a hatter, and sometimes difficult to deal with, but that was his nature,” Phillips laughs. “He epitomises everything Leicester are all about; hard work and honesty mixed with quality. He’s the type of player Brendan has looked to invest in. He’s a team player, he’s added goals to his game, and Brendan has brought a new side out of Jamie. He’s more intelligent now; he knows when to press and when not to press and is very good at saving energy.

“He will always do something a bit different, that is the way he is. He did drink Red Bull, and occasionally he’d have a shot before the game. Nigel would make us have one, as staff, just to get the blood flowing, and sometimes he’d walk past and say: ‘I’m having one of them!’

“He was mad, but nobody said anything because he performed. Sometimes he’d act that daft that you think he wasn’t listening, but he has taken things in over the years. If that sort of thing gets him going, then that’s fine. He likes to be the centre of everything, but what I hate is people being like that and not turning up on a Saturday. You could never accuse Vardy of that because he’s been superb.”

Leicester have won plenty of plaudits for their style and approach under the current ownership, and Phillips says there is a culture that has run right through the club for a long time. It looks like they’ll be challenging for a while yet.

“It is a combined effort,” He concludes. “You could see that sense of togetherness when Nigel was there; he used to have a relationship with everyone, from the groundsman to the kit staff. The owners really bought into that, and Brendan is the same whenever I’ve met him. He’s always asking more about you than talking about himself. They are all in it together and they all want the same thing; couple that with the quality on the pitch and you can achieve great things. You have to buy into what Leicester is all about.”