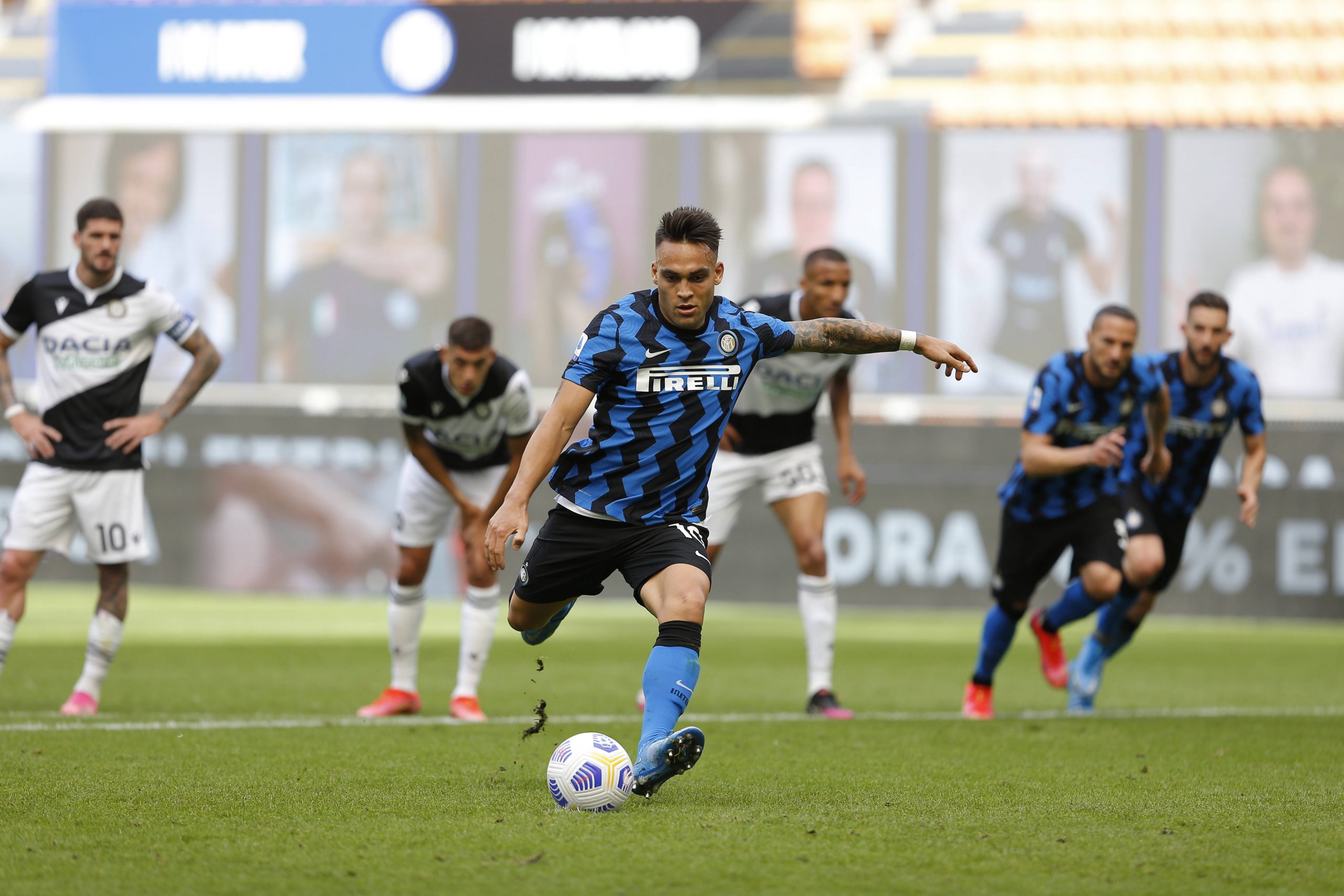 There is barely an area of Mikel Arteta’s Arsenal team without a question mark over it. While the Gunners were prepared for a difficult transition under the Spaniard, progress must soon be charted to vindicate the patience afford to the Gunners boss. From front to back, left to right, Arsenal are a work-in-progress.

A good, or rather the right, centre forward could, however, make all the difference. Arsenal have attacking talent, but Arteta has yet to settle on a striker to lead the line despite Alexandre Lacazette performing the role most often. This might explain why the Gunners have reportedly identified Lautaro Martinez as a target this summer.

Martinez could be the perfect centre forward for Arteta. The Argentine has been likened to Sergio Aguero and Luis Suarez because of his knack for wriggling into space inside the penalty area. That nimble quality makes it almost impossible for opponents to stop Martinez when he gets a sniff of goal.

At Inter, Martinez has reached the elite level of the sport, notching 49 goals and 20 assists in 132 appearances for the Italian club and forging a formiddable understanding with Romelu Lukaku. Together with the Belgian, Martinez is one half of the best strike duo in European football and at 23 years old still has the potential to get even better.

Having been linked with the likes of Barcelona, Manchester City and Real Madrid, Arsenal would pull quite the coup by signing Martinez this summer. Following on from the £50m addition of England international Ben White, his arrival at the Emirates Stadium would be a symbol of the club’s intent to recover their position near the top of the Premier League.

Arteta wants more than just a goal-scorer, though. The way the Spaniard has used Lacazette as an attacking hub, not just an orthodox number nine, suggests he wants his centre forward to play an important role in Arsenal’s build-up play, constructing passing triangles through the midfield and into the final third as well as scoring goals.

While Martinez passing numbers for Inter (14.5 passes per match last season) hint at a penalty box poacher, it also points to this efficiency on the ball. He is adept at acting as a wall for teammates to play one-twos off (Lukaku has benefited greatly from his quality) which would surely appeal to Arteta.

What’s more, Martinez would give Arsenal some much-needed vertical threat, such is his ability for breaking in behind. At their worst, Arteta’s Gunners are too predictable, taking too many touches of the ball with far too few players willing to break the lines of transition. Martinez, a strong dribbler (he averaged 0.9 dribbles per appearance last season) and runner, would help address this.

👌 It'll be hard to beat this for assist of the season!

🤩 Inter's Nicolo Barella sets up Lautaro Martinez in some style…pic.twitter.com/hXjiJgeMBP

At Inter, Lukaku and Martinez are supported by one of the most dynamic and accomplished midfield units around. In Nicolo Barella, Marcelo Brozovic and Christian Eriksen, the Nerazzuri were driven to the Serie A title through the centre of the pitch. This trio was their engine. At Arsenal, Martinez would lack this sort of support system behind him.

In general, the Argentine international wouldn’t be harnessed as an Arsenal player in the same way he is at the San Siro. The Gunners midfield is particularly under-strength right now following the return of Dani Ceballos and Martin Odegaard to parent club Real Madrid at the end of last season. Thomas Partey is also expected to be sidelined for the first few fixtures of the new campaign through injury while Granit Xhaka’s future is still up in the air. What’s more, Joe Willock could still permanently sign for Newcastle United following his revelatory loan spell on Tyneside last season.

As good as Martinez is, Arteta wouldn’t be able to simply drop him into his team without any integration and expect total tactical synchronisation. Emile Smith Rowe, fresh from signing a new long-term contract at the Emirates Stadium, might be one potential final third partner for the Argentine, but some width would also help get the best out of the striker.

Aubameyang and Nicolas Pepe give the Gunners genuine threat in the wide areas, but it’s not yet clear who will provide creativity in the number eight position with Odegaard unlikely to return to North London on a permanent basis. James Maddison has been linked, but Leicester City would demand a significant transfer fee for the attacking midfielder.

Of course, after spending £50m on White from Brighton, Arsenal would likely have to sell before they could buy Martinez, even with Inter suffering financial issues this summer. This might require Arteta and the Gunners’ hierarchy to make some difficult decisions on a number of players — Hector Bellerin, Lacazette and Xhaka have all been linked with a move away from North London.

But the opportunity to sign a striker and a goal-scorer of Martinez’s quality doesn’t arise all that often, and if the Argentine is genuinely interested in a move to Arsenal this summer with not many other options open to the 23-year-old in a difficult transfer market, they would be foolish not to at least explore the possibility. Martinez might not deliver a Premier League title or even a top four place, at least not in his first season, but his signing could be a shortcut to Arteta finding some attacking balance. The Argentine is precisely the sort of frontman Arsenal need to accelerate their development. Arteta’s team must take steps forward this season and Martinez would push them forward.

How many goals would Lautaro Martinez score in the Premier League this season? 👀 pic.twitter.com/wPJAgm6kGz