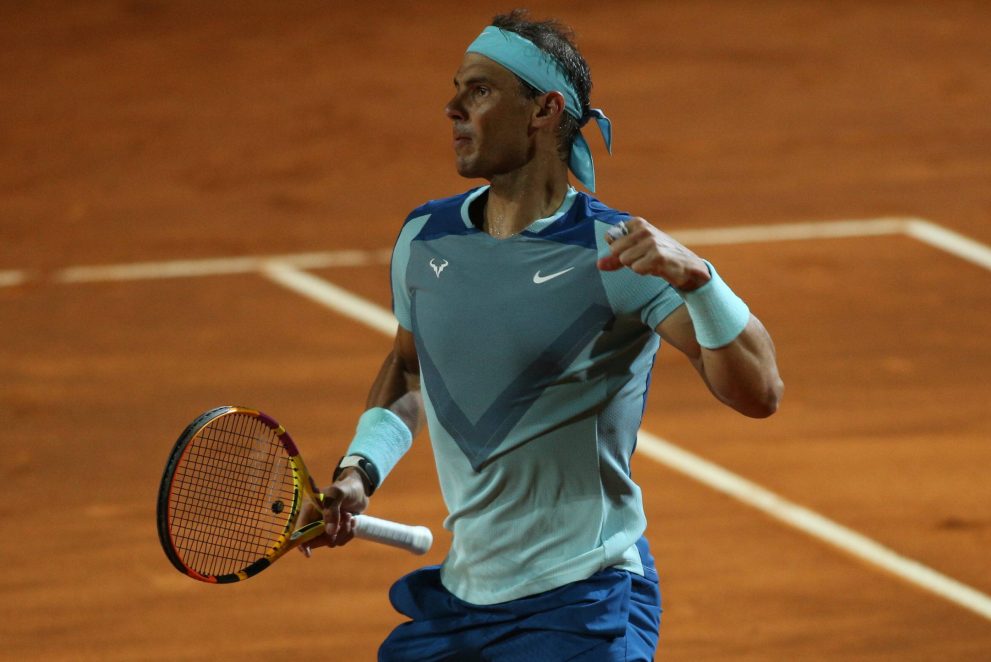 The French Open is Rafael Nadal’s tournament. Roland Garros is his spiritual home as a tennis player and Court Philippe Chatrier is his court. Indeed, Nadal’s dominance of the Parisian Grand Slam is the stuff of legend with the Spaniard getting his hands on the men’s singles trophy no fewer than 13 times over the course of his career.

And yet, Nadal isn’t considered the frontrunner to win at Roland Garros this year. Despite achieving a record 21st Grand Slam title at the Australian Open earlier this year and embarking on an incredible 20-match winning run, the 35-year-old has suffered a flare up of a foot injury with his troubles coming to the fore again at the Rome Masters.

Nadal confessed he is “living with an injury” after losing to Denis Shapovalov in the Italian capital and even raised the prospect of retirement. “Let’s see for how long I can keep going or until my head tells me otherwise because right now, I must accept my days are like this,” he said after a particularly concerning performance.

If, however, there is a tournament and a setting that can revitalise Nadal, it’s Roland Garros. There were similar concerns about the Spaniard’s fitness before the Australian Open, but that didn’t stop him from going all the way in the first Grand Slam of the year. If Nadal can get some early round victories under his belt, momentum could take him far. 3/1 is still a good price for Nadal to win a tournament he has won more times than any other.

It doesn’t get much bigger than this 😍

Rankings, milestones and spots in this history books are all on the line at this year’s #RolandGarros 👇

After a difficult start to the season, Novak Djokovic looks to have rediscovered his groove, winning the Rome Masters with wins over Stan Wawrinka, Felix Auger-Aliassime, Casper Ruud and Stefanos Tsitsipas. That run and victory has been enough to make the world number one the favourite to win the French Open at 23/12.

“I’ve been building my form the last couple of weeks,” Djokovic said when asked to elaborate on his physical condition. “Like the previous years I knew that my best shape on the clay usually comes around Rome time. It couldn’t be a better time to come into Roland-Garros with a title in this wonderful tournament.”

Djokovic beat Tsitsipas in the final of the 2021 French Open so the Greek will fancy his chances of making a deep run at Roland Garros once again this year. Tsitsipas (priced at 51/5 to win Roland Garros) is strongest on clay and that is demonstrated by his recent form which has seen the 23-year-old win the Monte Carlo Masters, make the final of the Rome Masters and the semi-finals of the Madrid Masters.

While Tsitsipas is a good bet to win his first Grand Slam title at Roland Garros this year, another men’s singles contender is targeting a majors breakthrough. Carlos Alcaraz is a teenage phenomenon and is widely seen as one of the favourites to win the 2022 French Open after a sensational start to the year.

Alcaraz (priced at 40/17 to win the French Open) won his first Masters 1000 event at the Miami Masters and followed that up by winning his second at the Madrid Masters with a Barcelona Open title win in between. The 19-year-old is physically developed beyond his years and has the mentality to win the biggest tournaments. Not since Nadal’s emergence has a male player burst on the scene so emphatically.

There has also been no shortage of storylines in women’s tennis in 2022 with Iga Swiatek confirming her status as the best in the world at this moment. Ash Barty’s shock retirement as world number one in March created an opportunity for someone else to dominate women’s tennis and Swiatek has grasped that chance.

Swiatek’s straight sets 6-2, 6-2 victory over Ons Jabeur in the final of the Italian Open extended the 20-year-old’s winning run to 28 matches. On top of this, Swiatek has won her last eight finals and all 16 sets in those eight finals. She has won her last five tournaments (Doha, Indian Wells, Miami, Stuttgart and Rome) and  dropped just one set from a possible 43.

At 6/5, Swiatek might actually be under-priced despite being the strong favourite to win the 2022 French Open. The Pole had concerns over whether her natural game would work on clay, but the surface looks perfect for her to harness her aggression and ability to win points from the baseline. Swiatek is a force of nature right now.

It doesn’t get much bigger than this 😍

Rankings, milestones and spots in this history books are all on the line at this year’s #RolandGarros 👇

Simona Halep has been in resurgent form of late with the Romanian claiming impressive wins over Paula Badosa and Coco Gauff at the recent Madrid Open.

Jabeur will also fancy her chances of a deep run at Roland Garros with the Tunisian reaching the final of both the Madrid Open and Italian Open. The clay courts suit her game.

US Open champion Emma Raducanu looked to have found some form on the dirt after back-to-back wins at the Madrid Open. But the British teenager has suffered with injuries throughout 2022 with her latest retirement coming in the first round of the Italian Open against Bianca Andreescu. Raducanu is still getting to grips with the rigours of the WTA circuit, it seems.

Andreescu has been resurgent in recent weeks, reaching the quarter-finals of the Italian Open last week. The Canadian has been out of the sport for so long through injury, however she has subsequently reminded many of her quality with her recent performances. At 35/1, Andreescu might be one of the better outside bets to win her second Grand Slam title at Roland Garros.

The French Open marks the start of a busy summer period which will see Queen’s Club and Wimbledon appear quickly over the horizon. The respective world number ones in the men’s and women’s game are favourites to go all the way at Roland Garros, but there are several players with their sights set on the trophy. 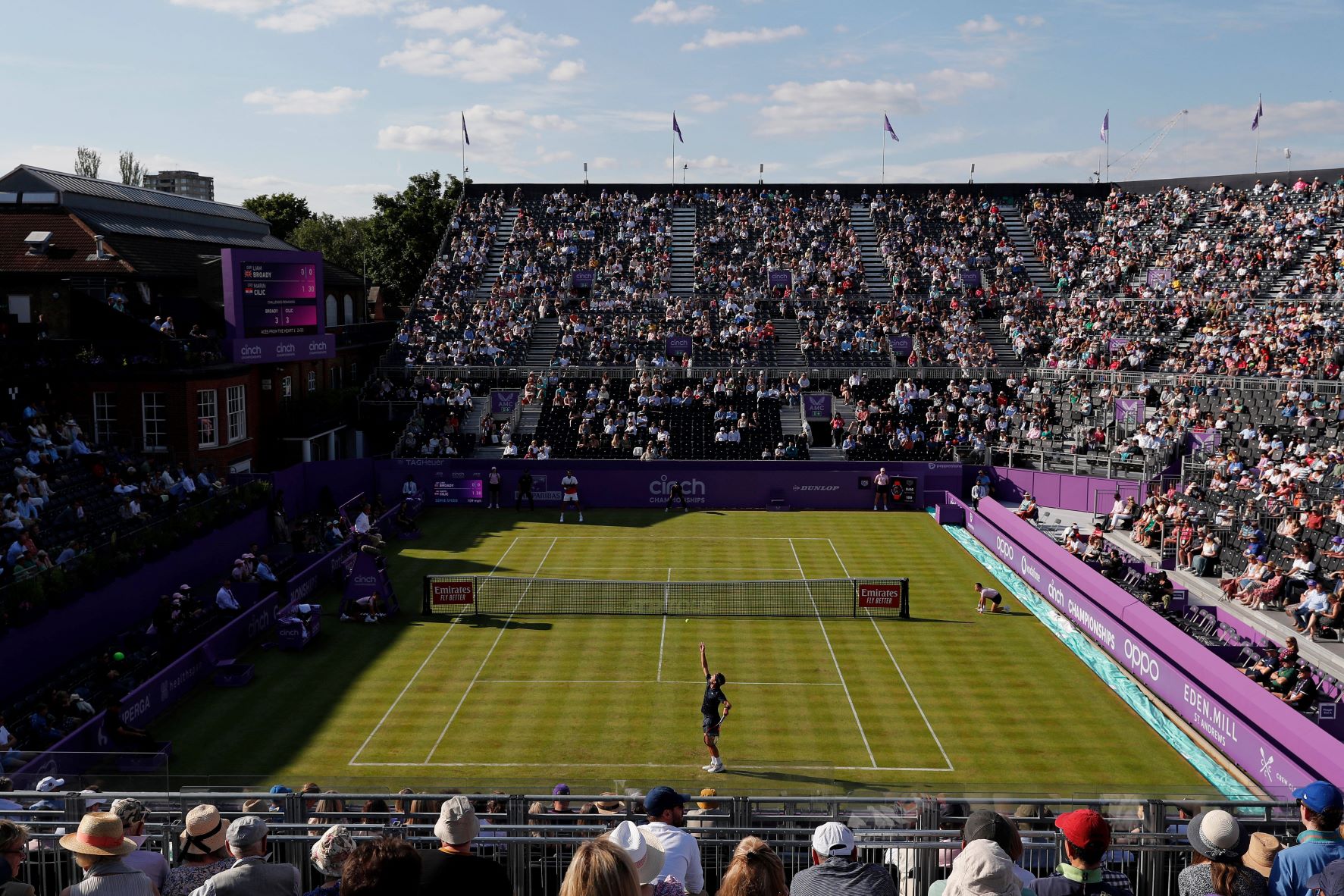