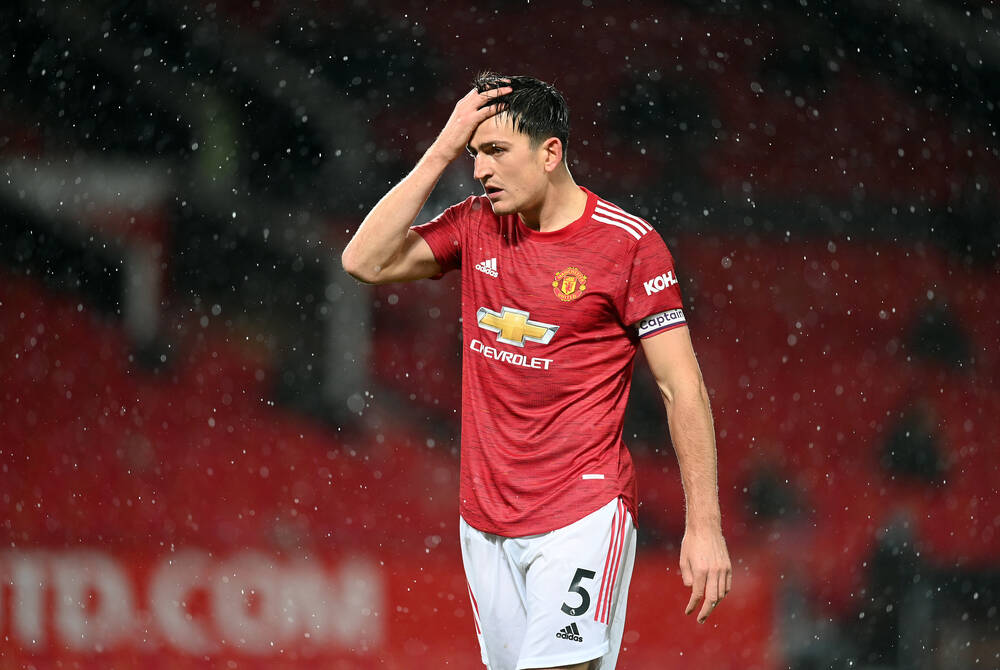 The former England international completed a move to Manchester United in 2002, and his introduction to life at Old Trafford was not easy.

“We’re playing a piggy-in-the-middle-type game and I could hear Ole Gunnar Solskjaer saying “How much? Thirty million? What?!” I would have expected that from Keano or Butty, but not him,” Ferdinand told FourFourTwo. “These are your team-mates and you want to impress them. But when you step out onto the pitch it’s second nature. I’ve never spoken about the transfer fees, except with the media.”

It may be almost two decades on from that baptism of fire, but the obsession with a Man Utd defender’s price tag remains. Harry Maguire didn’t set the terms for his move to Manchester United, but he has been forced to justify his world-record fee since arriving at the club in 2019.

“When he left, I wasn’t massively displeased,” Joe Brewin, Deputy Editor at FourFourTwo and Leicester Fan told Compare.Bet. “There’s absolutely no doubt that he was a brilliant centre-back for Leicester, but it felt like one of those deals that suited everybody – Man United got a defender they really needed, Maguire got his move to a bigger club and we got well over the market rate for him. He was good, but not that good.

Fair play to Paul Merson. He was bang on the money here about Harry Maguire pic.twitter.com/SKZJlRpcT4

“Leicester fans might chuckle about it now, but they won’t have anything other than good memories of Maguire – he was a brilliant buy for £15m, elevated himself to a first-choice England international with us, enjoyed that great World Cup in 2018 and was clearly on another level to most other centre-backs with the way he looked after the ball. There was also an attacking threat too, which he’s got over most others.

“It’s been quite easy to forget about him in some ways, though, because we’ve just moved on so quickly since with Soyuncu and – by the looks of things – Fofana. Maguire would have loved being a part of this team right now.”

In recent months that talk has intensified as Maguire’s performances have ebbed and flowed. It started when he was arrested and charged with assault while on holiday in Greece.

More recently, a poor showing for England against Denmark saw Maguire sent off for two bookable offences. He followed that up with a strong showing, and a goal, against Newcastle United as Man Utd ran out 4-1 winners.

The latest instalment took place last weekend against Chelsea and saw Maguire at the centre of a debated penalty decision the Blues did not get. It feels exhausting for a spectator, so one can only imagine how Maguire handles it.

Should Chelsea have been awarded a penalty for this pull from Harry Maguire? 🤔

It also feels like a far cry from his time at Leicester City and the form that elevated his reputation as one of England’s best defenders. The 2018 World Cup was a particular high for the centre half , and there was certainly an excitement surrounding his arrival.

“Maguire had been one of the best centre-backs in the league so it’s one of these signings United used to make in a way, you’d sign top Premier League talent and improve the team,” Dave O’Brien, founder of the Statman Dave YouTube and Twitch channels told Compare.Bet.

“Maguire is a massive upgrade on that, yeah, cost-wise, probably a bit too much. I think you could have used the cash to buy a [Ibrahima] Konate, a [Dayot] Upamecano, a younger centre-half that would be at the top level in a few seasons, but Maguire provided that option straight away. Maguire offered United an option that worked quite well for what was given and what he’d done at Leicester City.

“We forget that that Leicester City team was really good with Maguire, the way that he plays out the back  — something that improved United. United needed someone that was aerially dominant as well, English talent as well, following the model that Ole Gunnar Solskjaer and the club wanted to go down.”

At Old Trafford, Maguire walked into a club in transition. The mid-season departure of Jose Mourinho was replaced with the bright early form of Solskjaer that tailed off towards the end of the campaign. The Norwegian has spent the time since his permanent appointment in March 2019 trying to define his vision for the club, but it remains cloudy. Meanwhile, Maguire’s adjustment has shown growing pains.

“In terms of the different job [that Maguire is tasked with] at United, I don’t think there’s much difference,” O’Brien explained. “A lot of what Maguire did at Leicester City; bringing the ball out the defence, controlling the tempo from deep, switching out to the left full-back, driving through midfield, he does at Manchester United. I think there are different questions asked of him  — teams sit deep against Manchester United — and you are playing further up the pitch.

“I honestly think he was good [last season]. You look at his stats last season — he progressed the ball over the furthest distance for United, in terms of carries [he was] very good as well, passing into the final third he’s one of the best in the Premier League.”

The explanation behind Maguire’s struggle could, in part, be due to that shift up the field. The defender is aggressive in the tackle, but not the quickest across the grass. That combination heightens the need for perfect judgement and decision making when playing higher up the field. The great Johan Cruyff talked about the importance of space as it relates to defending.

“I’ve never known how to defend,” he said. “And if I have to defend all of this room and someone comes along, I won’t be able to. But if I only have to defend this part (gestures with his hands a smaller space), and the best player in the world comes past, then he won’t get past me. What I mean is that it’s all relative. So what we said to Guardiola is that he’d always operate in compact areas. He’d never have to defend too much space.”

That small shift, even 10-15 yards, can make all the difference for a defender. It’s fair to argue that Maguire is still struggling with that aspect of his new life. He may even feel exposed, and when combined with an inflated fee, it swirls together to construct the narrative of a flop who is unable to make the grade at United.

The task for Solskjaer is to help mitigate that situation, and one option feels obvious after the midweek victory against Paris Saint-Germain.

How do you keep Mbappe and Neymar quiet?

“I think what they could do to try and mask his weaknesses is play him with Axel Tuanzebe after the game against Paris,” O’Brien said. “Axel Tuanzebe showed how good he is on the cover with his pace. Combine that with Aaron-Wan Bissaka you have got a very secure right-hand side. Playing Alex Telles at left-back, which United need to do, to allow them to get crosses into the box you’re thinking Maguire is going to have a bit more defending to do.

“You could sign a pacey, quick dynamic left centre-half [to replace Maguire] or go with Axel Tuanzebe and encourage your central midfielder to drop into the space Maguire leaves when he ventures forward and in general provide him cover.”

Solskjaer would be wise to avoid the kind of treatment he subjected Ferdinand to if he hopes to inspire Maguire. Instead, a few tactical tweaks and patience could be key to making Maguire a better fit at Man Utd.