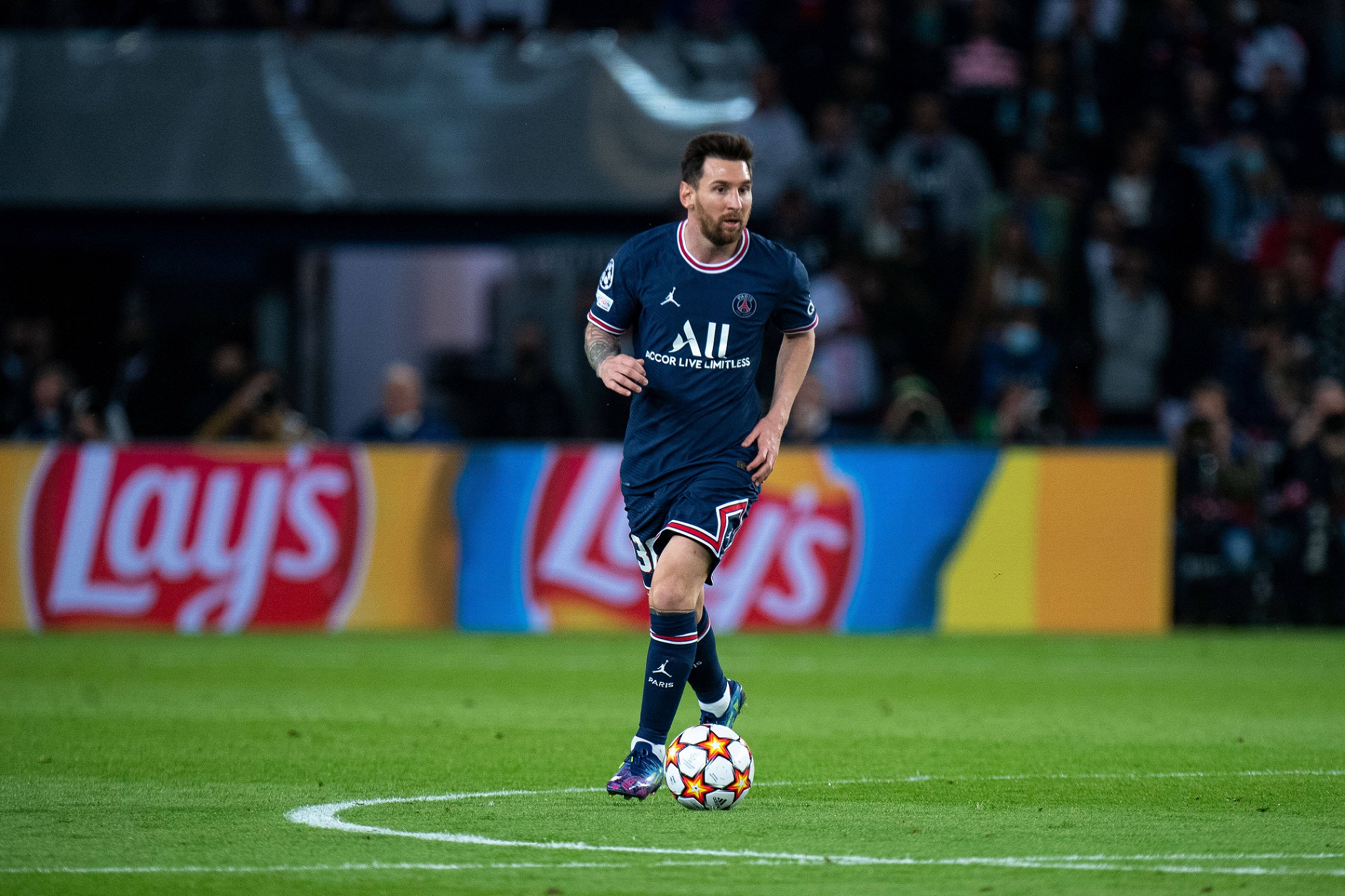 It’s become the ultimate two-horse race over the last decade or so, with the Ballon d’Or perhaps needing to rebrand itself as the Messi or Ronaldo trophy, and yet again it seems like one of the two joint-GOATs of this generation will get their hands on the prize this year.

Twenty-nine players have made the “short-list” as the Ballon d’Or returns following the cancelling of last year’s event, with Lionel Messi the current holder after winning in 2019.

Covid-19 cost us last year’s event but it’s back with a bang at the Theatre du Chatelet in Paris on November 29 when, according to the bookmakers, it’s purely a formality that Messi will win the Ballon d’Or for a remarkable seventh time.

🥇 Most goals + assists
🥇 Most assists
🥇Most shots
🥇 Most through balls

In 11 of the last 12 years either Messi or Cristiano Ronaldo have walked away with the Ballon d’Or in what has become a personal battle between the two, with only Luka Modric breaking the duopoly in 2018 after leading Croatia to the World Cup final.

And while there’s absolutely no doubt that Messi and Ronaldo are two of the best players to have ever graced a football pitch, their popularity and global stardom now means that any player wishing to challenge them has to produce some extraordinary performances to pip them to the award.

It’s by no means a level playing field, it’s meant to an award for the best player of THAT YEAR, not just who you think the best player on the planet is. Messi and Ronaldo have a leg-up on the competition before they’ve even started.

Why Messi and Ronaldo always dominate the Ballon d’Or

This year is a classic case in point, with Messi a massive 2/5 favourite to win the Ballon d’Or but by no means has he had a year that’s been streets ahead of the other leading candidates to cause that much of a gap to be bridged.

Messi finally winning a trophy with Argentina in the Copa America is the main big achievement of his this year and it’s that narrative that is behind his favouritism.

Robert Lewandowski should have won the award last year but for the Covid cancellation, but even after scoring 55 goals and firing Bayern Munich to Champions League glory you still wouldn’t have been too surprised had Messi or Ronaldo scooped the award again ahead of him.

The voting system and criteria can be put forward as reasons for why Ronaldo and Messi dominate — with the criteria mentioning individual and collective performances and the player’s class to be judged on talent, fair play and their career.

After a 1 year hiatus, the Ballon d’Or ⚽️ is back and Lionel Messi & Cristiano Ronaldo are the frontrunners for the men’s award.

Who will be named the world’s best footballers? 🤔 pic.twitter.com/osQIZ0FQN8

That “career” part leaves it open for voters to pick on reputation from previous years, and no two players in the world have bigger names than Messi and Ronaldo so it’s no surprise they’re always there or thereabouts.

One prominent journalist or broadcaster from 176 different nations casts a vote, picking their top five players, and again reputation plays a part here as not all of the voters will have seen every Premier League or even Champions League game but they’ll know all about Messi and Ronaldo.

Then there’s perhaps the biggest factor in all this, and that’s the rivalry between the two, the constant debate in world football about who is better. Are you Ronaldo or Messi? There are webpages, social media accounts and more dedicated to the big question.

That debate and constant bickering over who is better is played out in real life with this award and it’s why the two between, even if they don’t have THE best year in football, will always be in among the Ballon d’Or favourites.

Virgil van Dijk was one of the biggest casualties of the current voting system, as in 2019 he was actually voted as the best player in the world more times than Messi — with 68 votes for the Liverpool defender compared to just 61 for Messi.

Messi, though, won the award on account of being higher up more often in the top fives given by the voting journalists from around the globe. This, again, is a slightly flawed system as, in Eurovision Song Contest style, South American journalists for example may not have seen a lot of Van Dijk but would no doubt vote Messi come hell or high water.

Virgil van Dijk on the toughest player he has faced:

“I would say Lionel Messi, he’s still the best football player in the world. Him and Cristiano [Ronaldo] have been doing unreal numbers in the last decades and it’s incredible what they have achieved.” #awlive [mirror] pic.twitter.com/okTHuTvCW8

Elsewhere around the world as well — there will be more places, and more voters out there who have at least seen Messi play a few times more than they would a Van Dijk or Lewandowski or other challenger.

And there’s not many who wouldn’t at least put Messi in the top five!

Big teams or well-performing teams can also split the votes — again such as Van Dijk he lost votes to team-mates Mohamed Salah and Sadio Mane while Messi was a constant factor.

And by and large he gets the Barcelona vote all to himself, even when the likes of Neymar and Luis Suarez were around. It was a big reason why Neymar wanted to leave Barca in the first place.

There is talk that Lewandowski could be given an award for last year in November’s ceremony, but if he isn’t then there could be a case of voters taking the last two years into account, as the criteria seems to allow.

The Poland striker won the Bundesliga again with Bayern last season, broke Gerd Muller’s league record and won the European Golden Boot. Messi finished third with Barcelona and got battered by PSG in the Champions League.

A price of 9/2 on Lewandowski compared to Messi’s is just simply too big going barely on their records — but as we know it’s not just based on that.

You can put a line through defenders, even with Giorgio Chiellini marshalling Italy to Euro 2020 success and Ruben Dias transforming Man City’s defence to win the Premier League and make the Champions League final.

Only three defenders have ever won the award — Fabio Cannavaro, Franz Beckenbauer and Matthias Sammer — and let’s face it, if Virgil van Dijk couldn’t win it after the season or two he had and the headlines he grabbed, then it may now be out of a defender’s reach.

Chelsea’s Jorginho could hardly have done much more than win the Champions League with Chelsea and Euro 2020 with Italy (maybe scoring in the penalty shootout in the final) and at 6/1 only Messi and Lewandowski are given a better chance by the bookies.

Injuries just at the wrong time have hurt 14/1 shot N’Golo Kante’s chances, and France winning the Nations League without him, but there’s no doubt he’s a special player and being Man of the Match in the Champions League final takes some doing.

Our old friend Ronaldo is only a 16/1 chance with just the 35 goals in 2021 and some more international goal scoring records being broken along the way this year. His big return to Man Utd may get him a few more votes than people think though.

And then individually Erling Haaland and Romelu Lukaku have had a spectacular year in goal scoring terms. You suspect Haaland will win this once or twice in his career but may have to move clubs to do that sadly.

Mohamed Salah and Karim Benzema could be the two best players in the world right at this moment, and voting continues until the end of October so they may both perform better than their odds of 50/1 and 25/1 suggest, but it won’t be.

They’d both be in the frame if they continue this form, but then again Salah has been the top scorer in the best and toughest league in the world since he arrived four seasons ago and has never yet made the top three.

If that doesn’t tell you that this award is Messi and Ronaldo’s domain then nothing will.