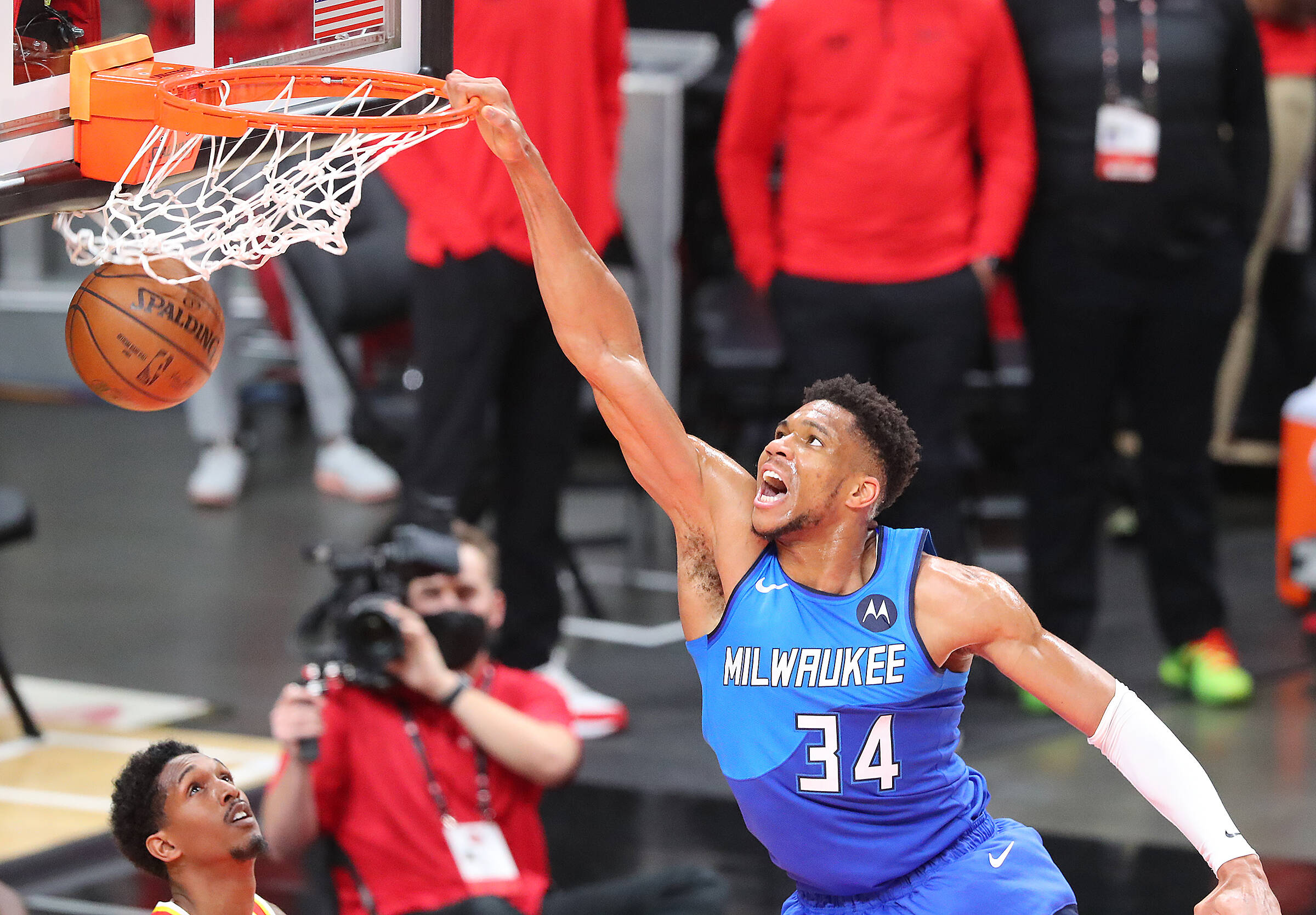 In a postseason marred by injury, the league’s newest stars have enjoyed somewhat of a coming of age. The NBA Finals will not feature LeBron James or Steph Curry for the first time in a decade. Instead, the Finals will see two-time MVP Giannis Antetokounmpo and his Milwaukee Bucks face off against a Phoenix Suns side featuring 24-year-old two-time All-Star Devin Booker. It will be a Finals debut for both players, and the first Finals appearance since 1993 and 1974 for Phoenix and Milwaukee, respectively.

While Giannis has put on some stellar performances over the course of the last few seasons, including his two MVP campaigns, much has been made of his shortcomings in the playoffs. For years, as the pace slows down and half-court offence comes into play in the offseason, teams have opted to build a wall to keep him out of the paint and away from the rim, daring Giannis to shoot a jump shot.

In this season’s playoffs, the Bucks have jumped over hurdles that have previously grounded them, sweeping the Miami Heat side that eliminated them last postseason. They also eliminated the bookmaker’s favourite Brooklyn Nets, who despite being gutted by injury, still took the series to seven games following Kevin Durant’s heroic efforts.

One thing the Bucks, and Giannis, haven’t been able to overcome is his struggles with shot selection. Giannis is attempting 3.7 three-pointers per game in this season’s playoffs, with a field goal percentage of just 18.2% – the second-lowest mark of his playoff career.

As the NBA Finals loom closer, a recovering Giannis will hope to become available for the Bucks and win a first NBA Championship since 1971, when they were led by Kareem Abdul-Jabbar. The statistics suggest that Giannis should look to replicate Kareem’s shooting range, or lack of it, if he is to give the Phoenix Suns their toughest test of the playoffs so far.

The Bucks’ opponents come in as the favourite, particularly with Giannis’ availability unknown. They have a 65.03% probability of winning the Larry O’Brien trophy, according to UK bookmakers.
While much has been made of Chris Paul’s impact on the team, Devin Booker’s stellar play has been a huge part of the Suns’ success. Booker has registered several shot types, none more efficient than his fadeaway jump shot (58.8 FG%). His pull-up jump shot and floater are both near the 50% mark, coming in at 48.1 FG% and 48 FG% respectively. Somewhat surprisingly, considering his reputation as a marksman, Booker has shot 16 for 51 on jump shots (31.4 FG%), which ranks 83rd out of 99 in field goal percentage.

Elsewhere in the league, Luka Doncic enjoyed success with his driving layup and turnaround fadeaway, shooting at 80 FG% and 75 FG% respectively. Doncic shot the fadeaway more efficiently than anyone else in the playoffs – making 12 out of his 15 turnaround fadeaways (75 FG%). Much like Giannis, however, his jump shot efficiency ranked among the lowest. At 23.1 FG%, only Giannis’ jump shot was a less efficient shot type in the 2020-21 playoffs.

Trae Young inspired an unlikely Eastern Conference Finals appearance for the fifth seed Atlanta Hawks and while he has a reputation for making deep threes, it was his floater that was his most efficient shot type, making 56 on 107 attempts. No player has made more field goals of any other shot type.

The Los Angeles Lakers crashed out in the first round after Anthony Davis’ struggles with injury, handing LeBron James his first career first-round exit. His jump shot (30.8 FG%) ranked 86th out of 99 in field goal percentage, however, his driving layup (52.9 FG%) was good enough to rank 24th.