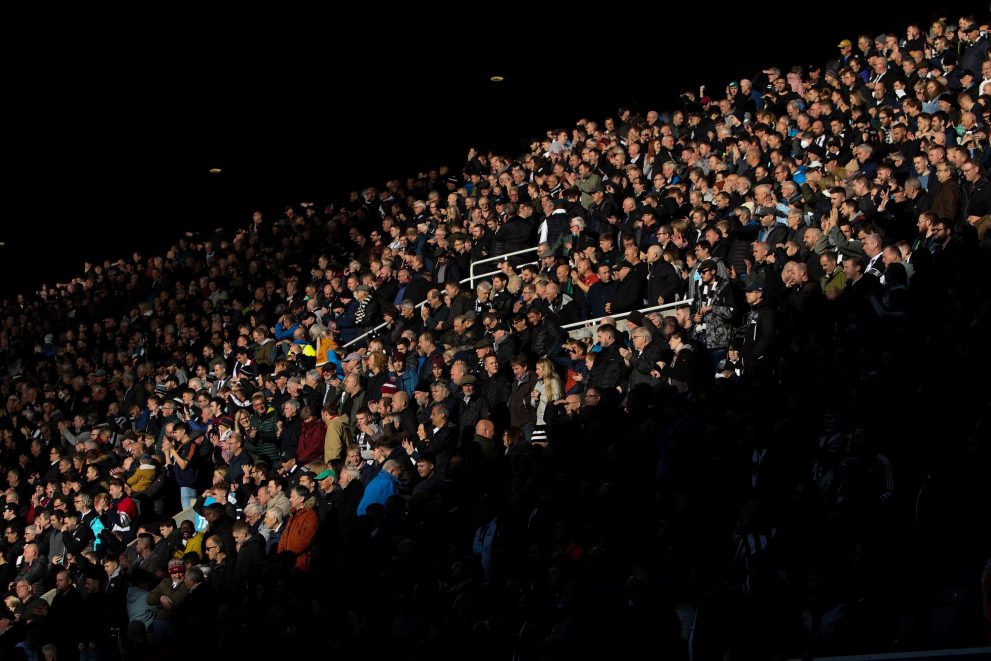 For a moment, it felt as though this new era at Newcastle United would finally kick into gear. But much like the takeover process that preceded it that littered with false dawns, it wasn’t to be.

The first game since the Saudi Arabian-backed consortium prised the club from the cold, callous hands of Mike Ashley, against Tottenham Hotspur, came with throng and aggression. There was emotion, too; happy tears shed at the idea of a future where everybody tried to succeed. Unpopular manager Steve Bruce remained on the touchline, and soon became an anchor to the past. By the end, with Newcastle well beaten, he became the focus. The next game was at Crystal Palace and Bruce was gone. New era, fresh start? Just more of the same, and Chelsea at home was no different.

Fans began to get restless; the time taken to find a new manager, with Graeme Jones in caretaker charge, has been filled by interviews and searches. Their number one target emerged on Tuesday: Villarreal’s Unai Emery. Newcastle are winless after 10 league games and in deep relegation trouble, and with an ambitious project underway, there is a lot of ground to cover and Emery seemed like he fit the bill. He is tactically balanced, organises defences well and comes with a track record of trophies. When it appeared he could be in charge for Saturday’s game at Brighton, the slower approach felt like a stroke of genius.

All wasn’t as it appeared; no offer had been made and personal terms weren’t agreed. The manner in which the news spread angered Emery, while the fact that Eddie Howe, an attack-minded possession-based coach and, therefore in a completely different mould to the Spaniard, gave off the impression that there wasn’t much of a plan in place Every other name, including Roberto Martinez and Paulo Fonseca, are more aligned with Howe. The majority of available candidates offer one thing, the preferred candidate offered something completely different. All of this before arguably the even bigger question of who would be director of football had even been tackled. Just what do the owners want the new Newcastle to look like? That is a genuine question worth asking.

Equally, though, there were plenty of opportunities for Emery to understand the situation in the interview he appeared to come away from positively last weekend.

There has to be a caveat to any criticism, of course. The takeover happened in double quick time, shocking even those inheriting the keys to St James’ Park. They finally stepped through the door and realised they’d bought a club starved of many basic requirements by Ashley. Newcastle are skeletal, with Bruce and Lee Charnley, the Managing Director, effectively splitting the day-to-day running between them for the last two years. There are barely any employees, so naturally no direction. All that has to be built from the bottom up, rather than improved upon, while the team faces an uphill struggle to survive. It is hardly ideal.

Charlie Woods, former Newcastle chief scout, who worked as part of Sir Bobby Robson’s tight-knit team that led the club into the Champions League just shy of 20 years ago, says picking a manager should take precedence over a director of football, particularly because Newcastle’s position is so precarious.

“They need to be quick in making a decision…, looking at the fixtures coming up,” Woods tells Compare.bet. “I’m not saying they’ll get relegated, because a new man with fresh ideas can make a big difference, but if they don’t pick points up before Christmas, with the fixtures over that period (Newcastle face Manchester City, Manchester United and Liverpool directly over the festive period) it could be quite a plight. It is up to the owners to make their choice, but whoever they go for will take control as soon as they get there and they need that.

🗣"We need to face it like men, stick together and believe we will come through it."

Graeme Jones understands that Newcastle are in the relegation battle but will fight to get out pic.twitter.com/v3C4MTpCAS

“Bobby knew what he wanted and could run a club from top to bottom. Maybe I’m old fashioned, but I’m not one for directors of football. Bobby had Gordon Milne but he brought him in, Rafa Benitez didn’t have one. I think you should let the manager set the tone and give him time to work. If you want somebody else, ask him if he knows somebody. I’d go for Eddie Howe; he’s a young manager who has a good record and plays good football.”

It has been a difficult week for Newcastle’s new owners, exposing their naivety and inexperience. The fanfare around their arrival has dissipated and the cold, harsh reality of the situation is being laid bare. Decisions have to be quick, but they also have to be right. Newcastle simply cannot afford to make the wrong turn here, or the Championship surely awaits.

Whether a director of football or manager decides upon the direction and identity doesn’t really matter because of the obvious danger of the situation is so alarming. What does matter is that a solution needs to be found, and it needs to be found fast. Woods adds that Robson kept things simple, but because he knew what he wanted, that was a luxury he could afford.

On this day in 1999, Sir Bobby Robson had his first home game in charge of Newcastle United.

Newcastle were bottom of the league, and their opponents Sheffield Wednesday were second bottom.

The Toon won 8-0. Shearer got five. Wor Bobby had made his mark.pic.twitter.com/4pe8a2cxZ9

“You don’t have to be a genius,” he adds. “Bobby picked a system and a team and trained every day to work towards it, and he trusted his staff. We signed Sylvain Distin because he needed a defender and I recommended him. Bobby hadn’t seen him play but he trusted my judgement. He knew his team, staff and approach and he didn’t change even when he arrived and Newcastle were in the bottom three.”

There is an extremely bright future on the horizon at St James’ Park, but a difficult present to navigate first. Teething problems are natural and trust in the process is of the upmost importance, but Newcastle’s new owners need to pick a direction and follow it with detail and composure.