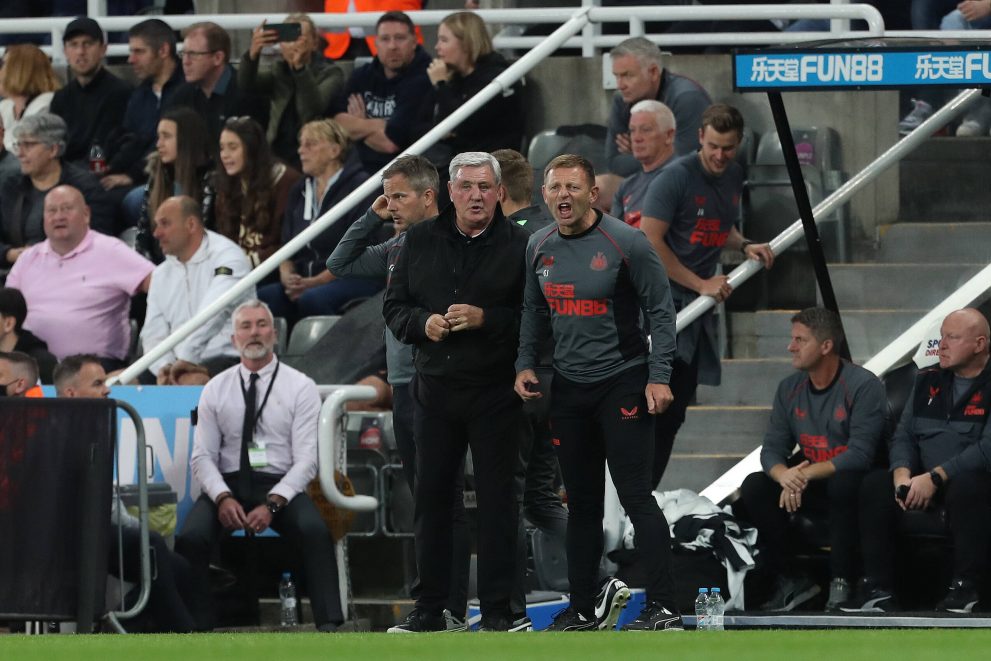 The clatter of disparate images at St. James’ Park last Sunday produced a cognitive dissonance that captures the strange and unknowable new dawn at Newcastle United — and hints at a confusion that could derail their short-term future.

From the supporter who collapsed in the stand to the sight of grown men wearing tea towels on their heads celebrating Saudi Arabia’s ownership without a hint of concern for the ethics of the deal, it was one of the weirdest days in Premier League history.

On the pitch, the story formed a clearer narrative. Once the giddiness dissipated Newcastle fell apart, succumbing to a hopeless defeat to a Tottenham Hotspur team that have struggled to play with any real fluency this season. Steve Bruce, who left the club by mutual consent on Wednesday, had his authority badly undermined and was unable to rouse a group of players who know they have no future at the club.

Steve Bruce tells @LukeEdwardsTele: “It has been very, very tough. To never really be wanted, to feel that people wanted me to fail, to read people constantly saying I would fail, that I was useless, a fat waste of space, a tactically inept cabbage head or whatever. From day 1.”

It was a result and performance that sent Newcastle crashing back down to earth; that tore to shreds the fantasising reports of signing superstars in January and launching the club into the elite. This situation bears almost no comparison to Manchester City or Paris Saint-Germain. Newcastle are on two points from eight games, possess a Championship-standard squad, and must get through another 11 Premier League matches before they can spend money in January.

Even if they muddle through until then — which is far from a given, considering how demotivated these unwanted players will be — Newcastle are unlikely to prevent a desperate scramble for points. The new owners are reportedly only expecting to spend around £50 million in the winter window, enough for two or three mid-level signings. The Magpies need an awful lot more investment than that.

Many clubs have survived relegation from this position, of course, but what makes Newcastle’s situation unique is the new expectation to surge up the table. It threatens to create further chaos in the wake of Bruce’s departure as his replacement — likely to be Paolo Fonseca or Julien Favre — will be tasked with completely revolutionising the tactical setup of the club with a squad built to play defensively. Worse still, an ambitious and high-profile managerial appointment means hiring someone with no previous experience of surviving a relegation fight.

Paulo Fonseca and Lucien Favre are still among ‘options’ on Newcastle list for manager role. No talks with Antonio Conte as things stand now. Fonseca, open to discuss. ⚪️ #NUFC

Talks opened few days ago with Fonseca, Favre is waiting too. Nothing agreed yet. Race still open.

Bruce tended to play in a very deep-lying 5-3-2 formation, in which the basic premise was to restrict space in the final third and hit longer passes forward, relying on pace on the flanks to counter-attack and on set-pieces. It was moderately successful last season but came unstuck around the time Graeme Jones, now interim manager, joined the club with the task of implementing a more progressive approach.

Newcastle have been caught between systems since, neither pressing high nor sitting in a low block; neither playing a possession game nor relying on breaks. The result has been chaotic football with huge spaces vertically and horizontally between the lines, and while Jones taking sole charge of the tactical direction should end the confusion, the signs suggest he won’t be a success.

Fundamentally, Newcastle do not have the players to deploy a higher defensive line, to battle collectively in a midfield press, or to work a more calculated root into the final third.

As a point of comparison, Crystal Palace’s successful transition from Roy Hodgson to Patrick Vieira was done in the summer, when the club could bring in the likes of Conor Gallagher (who leads their hard-pressing in the central third) and centre-backs Marc Guehi and Joachim Anderson (whose ball-playing abilities create the foundation of a possession-centric mentality).

By contrast, Newcastle’s midfield is nowhere near good enough to press hard and dominate, while their centre-backs are no-nonsense types who won’t be able to cope with passing out from the back.

3 – For only the second time in @premierleague history, three sides (Newcastle, Burnley, Norwich) still wait for their first win of the season after 8 matches (also in 2018-19 – Newcastle, Cardiff, Huddersfield). Two of those three went on to be relegated that season. Roulette. pic.twitter.com/VcBu3rsTgq

Jones, and whoever follows him, will have to work with the players at his disposal and do so mid-season when time on the training ground is severely limited. Put all that together and the outlook is decidedly bleak.

The right manager to turn them into a top ten club, and Favre and Fonseca are both arguably strong candidates, is not necessarily the right man to make this particular set of players greater than the sum of their parts in a battle against the drop. The current favourites for the job would wish to change too much too quickly, raising that defensive line and engaging in a proactive style of football that inherently contains more risk.

The right thing to do would be to find a Rafel Benitez-type coach happy to join on a short-term basis, providing the clarity and simple defence-first tactics needed to haul them over the line. The glamorous reinvention has to wait until the summer. Judging by Sunday’s performance, and by the rumoured consideration of Favre and Fonseca, that rebirth will begin in England’s second tier.