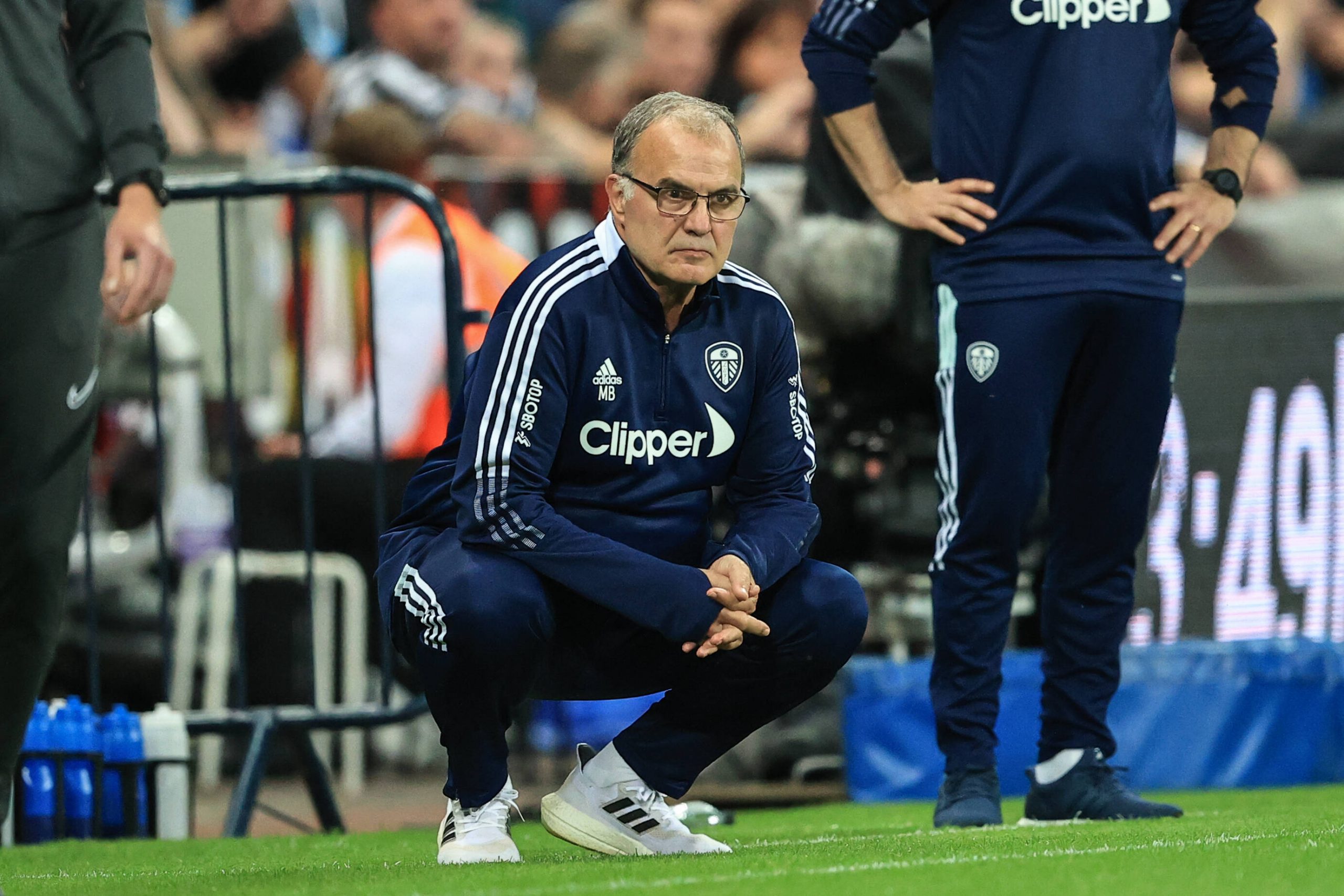 It’s only five games into the season, but Leeds are in grave danger of suffering the dreaded second season syndrome that few thought possible given their glorious first campaign back in the Premier League.

No wins, three draws and two defeats is a bad start, but 12 goals conceded with no clean sheets shows they’ve been all at sea defensively — especially when being picked apart with ease by Man Utd and Liverpool.

Those two are a class above, but even dropping down a level, in the 2-2 draw with Everton Leeds dominated the ball but generated an xG of just 0.97 with four shots on target compared to eight from Everton with just 30% possession.

And there’s a similar story in 1-1 draws with Burnley and Newcastle of 64% possession at Turf Moor but the same shots (12) and fewer on target (2-3) than the Clarets. At St James’ Park it was 65%, 22 shots and nine on target but it was still a game that could’ve gone either way at the end.

Watch the best bits from Fab’s superb display at Elland Road, including his first goal of the season 💪 pic.twitter.com/39J5ok4mKu

So is it just a slow start, do Leeds just have to find their shooting boots, or is it a more serious problem: have Premier League teams figured Marcelo Bielsa out? Have they cracked the code to the wonderful flowing football we saw last season?

Whether this is just a flash in the pan or a major malfunction of the Bielsa way is something Leeds have to figure out, and figure out quickly.

Sophomore slump can get to anyone

Leeds were brilliant last season, finishing ninth, scoring goals for fun and playing an open and attractive style of play that was so good to watch — they rightly received huge credit for their exploits.

We thought they may be immune to any kind of regression and in pre-season predictions they had been almost universally in the top half, and a lot of the time challenging for the European places. Bielsa’s brilliance was only going to make them better.

So far, though, they’ve been nowhere near last season’s Leeds and that all-action pressing and bombing forward that is so exhilarating when it clicks, does have a touch of the headless chicken about it when it’s not quite falling into place.

Especially in a league that is so demanding, with so much quality and pace around and with so many teams capable of soaking up pressure and hitting on the break. This league learns quickly and it’s why so many teams before have been promoted and burned brightly only to fizzle out just as quickly.

🎙️ "Llorente, Koch and Bamford won't participate. The rest I can't tell you if they will be available or not." pic.twitter.com/Qt8xn6iQHd

They look to have far too much quality to stay winless for too long, but with a game against West Ham on Saturday, who are again looking like a decent side this season, it could get better before it gets worse with the Whites having a few injury problems to contend with.

There won’t be any panic from the club, there won’t be any fingers pointed at Bielsa by the fans, but if they slip to another defeat it won’t be too long before just the slight air of concern comes creeping in — so they need a result sooner rather than later.

But the panic is enough to see them now just 8/1 with bet365 to be relegated this season, and for their odds to be shorter to finish in the bottom half than the top. All of which is a big drop from all the pre-season predictions of them challenging for Europe.

Can Leeds play their way out of trouble?

Sometimes you need a Plan B, sometimes you need to just dig in and grind a few results out to get back on track. It’s why the Sam Allardyces and Neil Warnocks of this world have been kept in employment over the years — sometimes fancy football has to take a back seat to simply winning games.

That just doesn’t seem like Leeds though does it?

And hopefully they won’t need to get that desperate and their football shines through in the end — because they remain a joy to watch when on song, but Bielsa wouldn’t be a top coach if he’s not concerned.

Where will Leeds United finish in the Premier League this season? 📊 pic.twitter.com/lWaFtvUn95

We’ve also seen teams like Bournemouth, Fulham and Swansea in the past try to play their way out of trouble but fail mainly due to not being able to score enough goals to make up for their deficiencies at the back.

It’s a dilemma for Leeds, as they’re a traditional big club with a top international manager and although it’s just their second season back they’re seen as big scalps and have to force the pace in most of the games they play in.

It’s all very well taking teams by surprise in your first season, but opponents now sit back knowing that they’ll probably get a chance somewhere along the line, and if Leeds don’t tighten up then this could soon become a real problem.

Turnaround has to start now – Leeds’ future could depend on it

The good news is that although they had seven points from their first five games last season, Leeds were still leaking a load of goals at the start of the campaign — seven in their first two games before later losing 4-1 in back-to-back games in November — but managed to improve as the season went on.

They have the players to do that again — Kalvin Phillips right got the international acclaim he deserved and went on to be a crucial part of England’s memorable run to the Euro 2020 final, with Patrick Bamford unlucky not to make that squad but belatedly getting in this season.

It’s crucial any turnaround starts now, though, so the club can lay some solid foundations for the future, as they don’t want to be a yo-yo club fighting relegation perennially, going down one season, back up the next.

That will see the likes of Bamford, Phillips and Raphinha leave and with Bielsa not hanging around forever that would be a disaster. It just shows you how precarious life in the Premier League can be, even for such an exciting team with such a big fanbase and such a well-respected manager.

Leeds need to be bigger than just Bielsa and a fancy way of playing, and for that they need to be a solid top half of the Premier League team regularly. There’s no need for panic just yet, but the Leeds fightback has to start now.