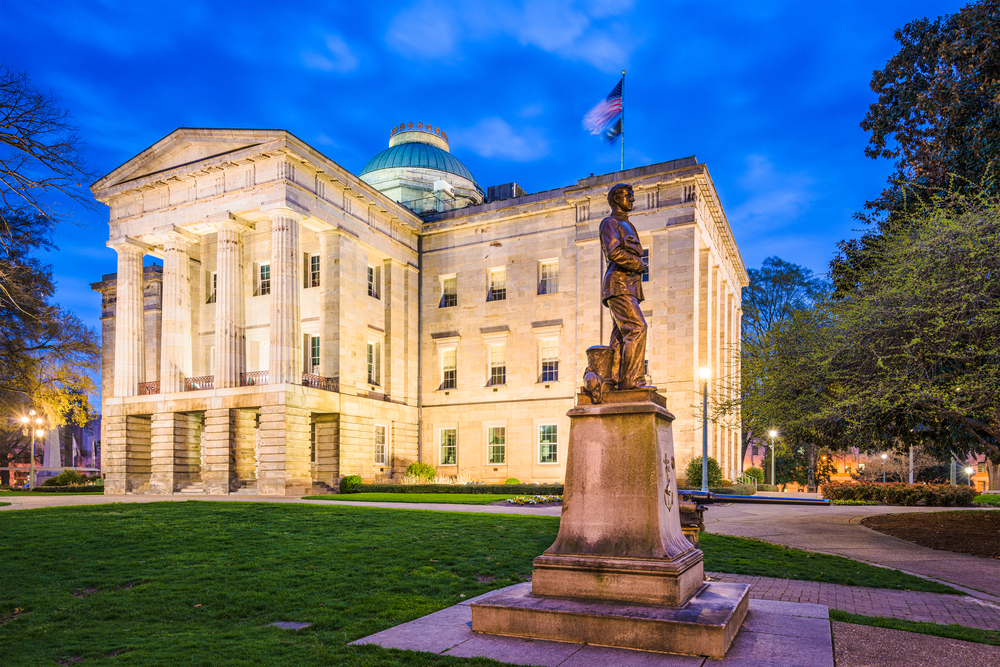 On Friday 26 July, North Carolina became the seventh state to sign a sports betting bill into law this year.

Governor Roy Cooper signed the bill, SB 154, into law after the state legislature approved the bill on 15 July.

The newly approved bill allows the Eastern Band of Cherokee Indians to operate land-based sportsbooks at two casinos located in the Appalachian Mountains.

What’s included in the NC bill?

SB 154 adds sports betting to list of authorized Class III games that can be offered at the tribe’s casinos. The bill does not legalize mobile or online sports betting in North Carolina.

The passage of this bill essentially grants the tribe a monopoly on legal sports betting in the Tar Heel State.

As the bill adds sports betting to the list of approved games, the activity will not require a lengthy licensing process. The legislature also chose not to impose an additional tax rate on the activity.

The legislation does not include integrity fees or prohibit betting on specific events or teams. Lawmakers rejected a proposal to ban betting on in-state college teams.

Another bill being considered in NC

Lawmakers in North Carolina are also considering another bill. The State legislature is currently looking at SB 574, a bill that will create the North Carolina Gaming Commission.

Under this bill, the Commission will be required to “study the feasibility of authorizing sports betting and steeplechases for operation” across the entire state.

The bill is near the finish line, but its future looks uncertain as a final verdict on it has yet to be reached.

If the bill is successful, the commission would have to submit an initial report in February 2020 and a final report in April 2020.