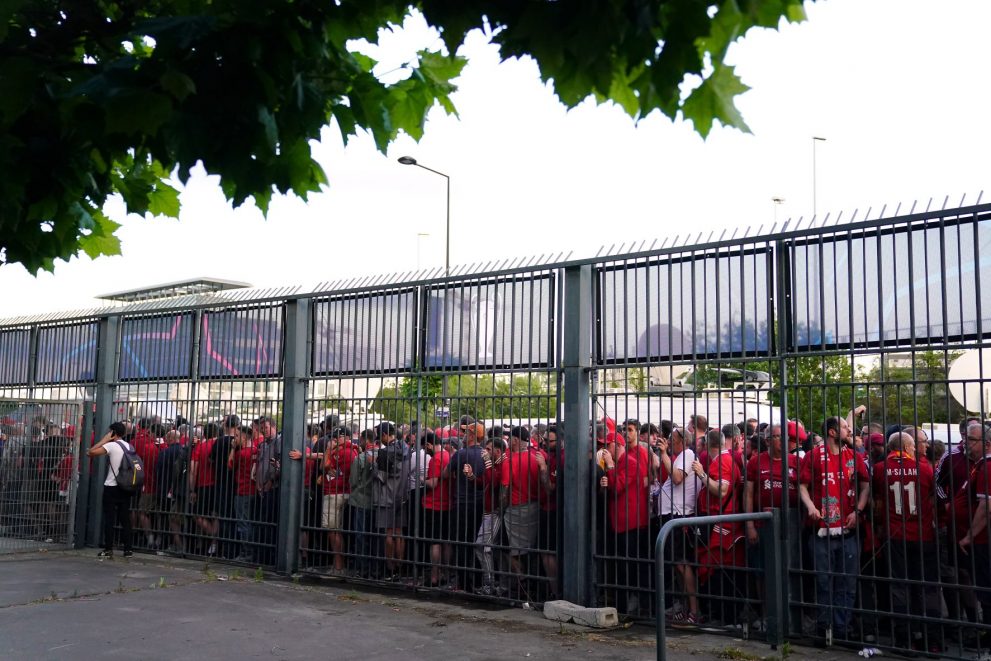 For Liverpool fans, the Champions League final in Paris was supposed to be many things. It was, at one stage, looking like it could be a setting for history, as Jurgen Klopp’s side chased down the first ever quadruple. By the time it came around, though, it was about nothing more than a seventh European Cup triumph, and exacting revenge on opponents Real Madrid for their win at the same stage in 2018. The possibilities were endless and the excitement simmered nicely in the fan parks.

Then things started to go wrong.

By the end of the night, the result was almost immaterial. Vinicius Junior scored the only goal of the game to give Madrid the win, and their 14th title, but far too much had gone on for that to be the main takeaway from a horrible night which brought back terrible memories of tragedies past. None of it had anything to do with the football, either.

“We want truth, justice, sincerity and accountability.”
The chairs of two Liverpool FC fan groups have demanded a full parliamentary inquiry in France after Gerald Darminin’s subdued apology over how the Champions League final was policed.https://t.co/U1Vs6msBq6

Outside the Stade de France, a late replacement venue for the final, it was chaos. Fans’ entry to the ground was being delayed by slow and poorly-organised ticket inspections; with crowds gathering, crushes threatening to develop and reports of fake tickets circulating, everything felt dangerous and the story quickly turned into the parallels with the Hillsborough disaster.

Thankfully, more than a month on, things never got that bad, despite police turning pepper-spray and teargas on innocent supporters just waiting to attend the match.

Lewis Crowther was there with a group of friends, and although he didn’t get caught up in the worst of the events, he says nobody deserved what happened. Initially, like at Hillsborough, supporters were being blamed for the situation, and yet again, the perception of English fans in-particular was brought sharply into focus.

“We got let down as a fanbase,” Crowther tells Compare.Bet. “It was very strange. Security were weird, even at the fan park. Maybe they were overwhelmed by the amount of people, but that was an area designated for Liverpool fans so the organisers must have expected a good number of us. There weren’t any issues at that point building up to the game.

“People began to get a little nervous closer to kick off, but others were trying to sing and just go through the motions. We’d decided as a group we were going to get the Metro pretty early and it was a bit eerie. It wasn’t for football fans, but we were expecting more from Liverpool. It was a good ten minute walk to the ground; you had to go through an underpass to get to the right side because it was on a duel carriageway.

“There were several police vehicles there, and they could have been much closer to the wall to open up more space to get the first security check done because it was very tight, and we were very early. The gates opened at about six o’clock, and we were in a big queue by ten past. There was quite an uncomfortable congregation of people; people were asking what the hold up was. Police were there but there was no communication. If there were any more than 10 officials checking tickets at the first checkpoint, I’d be surprised. It was shocking.”

That was just the start of the problems, but the temperature was beginning to rise as questions weren’t answered. Crowther managed to get into the stadium before the real trouble began, but not all of his party were so lucky.

“It was very edgy,” he continues. “For a lot of people, Hillsborough wasn’t that long ago. They’d just got their confidence back and started going to games again, so to go through similar things at a European Cup final must have been difficult. We all met up after getting past that checkpoint and headed for the second one inside the ground. Because we were early, there was space.

“Getting in the ground wasn’t too bad for me but people in my group faced problems. One got pepper-sprayed, another got tear-gassed. There were accusations of fake tickets at the second checkpoint and they were trying to explain that couldn’t be the case because we got through the first one. One of my mates said ‘you need to come outside and see what’s going on, they’ve shut the gates. We were asking stewards what was going on, and there was no communication.

“All of a sudden, the police switched from not talking at all to being very aggressive to anyone approaching the gate.”

I am pleased to have been appointed to the Independent Review Panel examining the events surrounding the Champions League final in Paris https://t.co/yLO7NKbNwq

As the situation unfolded, the match was delayed, first by 15 minutes, then 30 minutes and finally 36 minutes. UEFA cited security reasons, but Liverpool fans have since called for a full investigation into what happened. Crowther tells of the initial response from the authorities, and how the events beforehand impacted the match itself.

“The gates were shut because they said too many people were using fake tickets. Unfortunately, that was how it was spun by the police and UEFA. The atmosphere was okay, but if you were to ask anybody, honestly, they’d say it was impacted badly by what happened. They did their best to get behind the team but it definitely had an impact.

“With 10 minutes to go, there was a surge of what I assume was armed police, in front of the stand where we were, with riot shields. We left on the final whistle, and there was one designated gate open for the entire stand and virtually no stewards or personnel. It was poorly managed and a very flat weekend.”

So why did this happen? Is there something to suggest a certain view of English football supporters, dating back to the 1980s? Or was this just down to organisation?

“It has been said it was a rushed event because of the venue change, but I’ve spoken to fans who were at the other Champions League finals, in Kyiv (2018), and Madrid (2019), and they say this felt different,” Crowther explains. “As a football club we’ve been through this, as fans we’ve united through this before.

“There is a stigma from the 80s and hooliganism. Now there is a lot of distrust in the process that happens on European away days.”