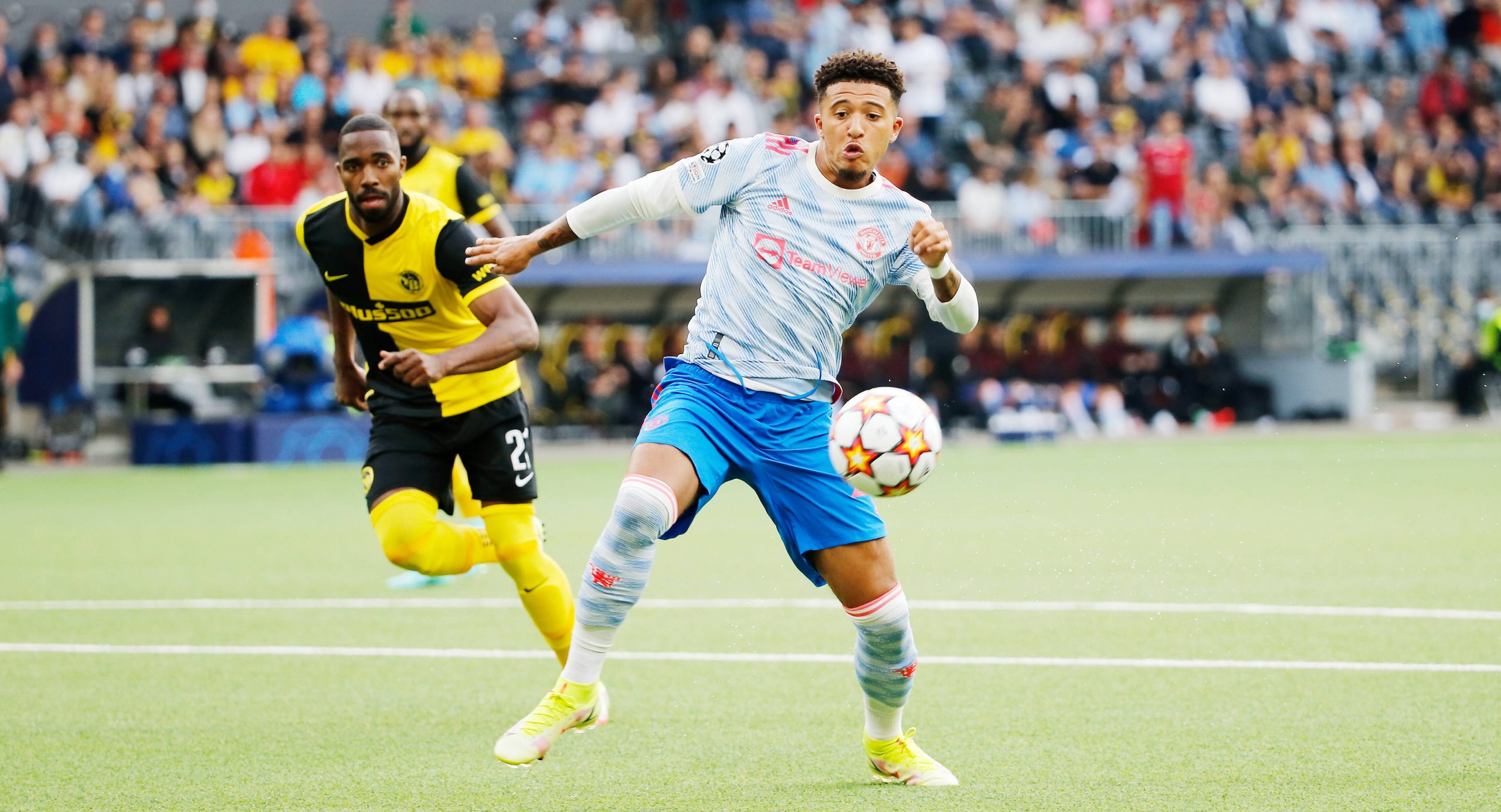 Ole Gunnar Solskjaer had the best part of two years to envisage how Jadon Sancho would fit into his Manchester United team. This was the time span between the first reports linking the winger with a move to Old Trafford and the £73m switch actually taking place this summer. It is therefore surprising that Sancho has so far been something of a misfit for his new team.

At the time of his signing just two months ago, Sancho was seen as the solution to United’s right wing problem. Not since the days of Antonio Valencia has Old Trafford been home to a natural right winger like the England international, yet Sancho has been predominantly deployed on the left side so far this season.

This is somewhat confusing given United’s strength on the left. Marcus Rashford might be currently sidelined following surgery on a shoulder injury, but Solskjaer still has Anthony Martial and Paul Pogba, who has thrived in a wider role recently, to choose from. Cristiano Ronaldo is also capable of playing on the wing.

It’s not that Sancho can’t play on the left. Indeed, the 21-year-old operated there countless times over the course of his Borussia Dortmund career. Some even argued that Sancho was most effective, most devastating as an attacking force, on the left wing. But Manchester United didn’t sign him to strengthen them further in this position.

First minutes as a Red,
what a start to the season!
PP x BF link up 🥶 pic.twitter.com/nfifkTYll4

In fact, Sancho was meant to balance out United. Solskjaer’s team have been tilted towards the left side for the last two-and-a-half seasons, something that was accentuated further by the emergence of Luke Shaw as one of the best attacking full backs in the Premier League. It made them predictable.

Aaron Wan-Bissaka has worked on addressing the shortcomings in his attacking play, but the 23-year-old will never be a natural final third influencer in the way Trent Alexander-Arnold and Reece James are. Kieran Trippier, a target for United over the summer window, would have strengthened Solskjaer’s right-sided supply lines, but he stayed at Atletico Madrid.

This is just another factor that made the signing of Sancho so significant. United needed him to be a ready-made, one-man right wing. They needed Sancho to embrace the challenge of covering so much ground in front of a full back partner with the natural instinct to hold back like Wan-Bissaka.

Of course, Solskjaer has Mason Greenwood to use on that side. The 19-year-old continues to grow and develop at a rapid rate and has carried Manchester United through some of their early season matches from the right wing. But Greenwood is more of a wide forward than a winger. He is a finisher, not a creator. This distinguishes him from Sancho.

“For me, he fits us like a glove, because he is creative, fearless, he has got quality, is hard working, is humble and he has got all of the attributes to be a success at Man United,” Solskjaer explained about Sancho. “He’s very young and sometimes you think ‘wow, all the experience he has on his young shoulders’. He will also get better.”

It should be noted that Sancho started last season slowly for Dortmund. Possibly distracted by a window of transfer speculation that failed to culminate in a transfer, it took him until the winter months to rediscover his groove, and so Manchester United need not panic about the underwhelming form of their most expensive summer signing.

Solskjaer has spoken enough times about his admiration for the United frontline of the 2007/08 season that achieved Premier League and Champions League glory to make clear what he wants from his current attack. He wants Greenwood, Ronaldo, Sancho and Rashford, once he returns, all to interchange much like Wayne Rooney, Ronaldo and Carlos Tevez did back then.

This goes some way to explaining why Sancho was chased for so long with the 21-year-old comfortable in any number of positions across the frontline. While he might have a wider starting position than Rooney, it’s this role of finisher and facilitator that had so many excited about seeing Sancho in a red shirt.

As yet, though, that excitement has yet to translate into anything tangible. Sancho has contributed, playing his part in Manchester United’s build-up play in wins over Wolves and Newcastle United, but the cutting edge and creativity that made him so eye-catching in Germany has been missing.

Manchester United had attempted two shots against BSC Young Boys in their opening fixture of the Champions League Group Stages.

Both by Cristiano Ronaldo. pic.twitter.com/NhNHRJgVUT

Statistically, Sancho’s slow start can be quantified. He is averaging just 0.8 dribbles per match compared to the 3.0 he averaged in the Bundesliga last season. On top of this, his average of 0.5 shots per game is well below his average of 2.0 for Borussia Dortmund last term. Sancho’s key passes are also down, from 2.6 to just 0.8.

Ronaldo’s unexpected return to Old Trafford may be to blame. United’s starting lineup for the opening weekend fixture against Leeds United hinted at Solskjaer’s plans to play Greenwood as a central striker. This would have likely seen Pogba favoured on the left side, as he finished last season, and Sancho deployed on the right.

Only through circumstance did Manchester United move for Ronaldo, pushed into action by the fear that one of their greatest ever players would join one of their closest rivals, and Sancho might now be paying for the late change of transfer window plans. With Ronaldo boasting two goals in just three games, Pogba assisting for fun and Greenwood also impressing, the £73m signing is the player being squeezed out.

With only a handful of fixtures in the books, it’s still too early for anyone to be drawing solid conclusions on Sancho as a United player, but Solskjaer must keep in mind why the England international was signed in the first place. Sancho wasn’t signed to merely add another attack to the ranks, he was signed to give them something different. So far, though, he has only offered United more of the same.