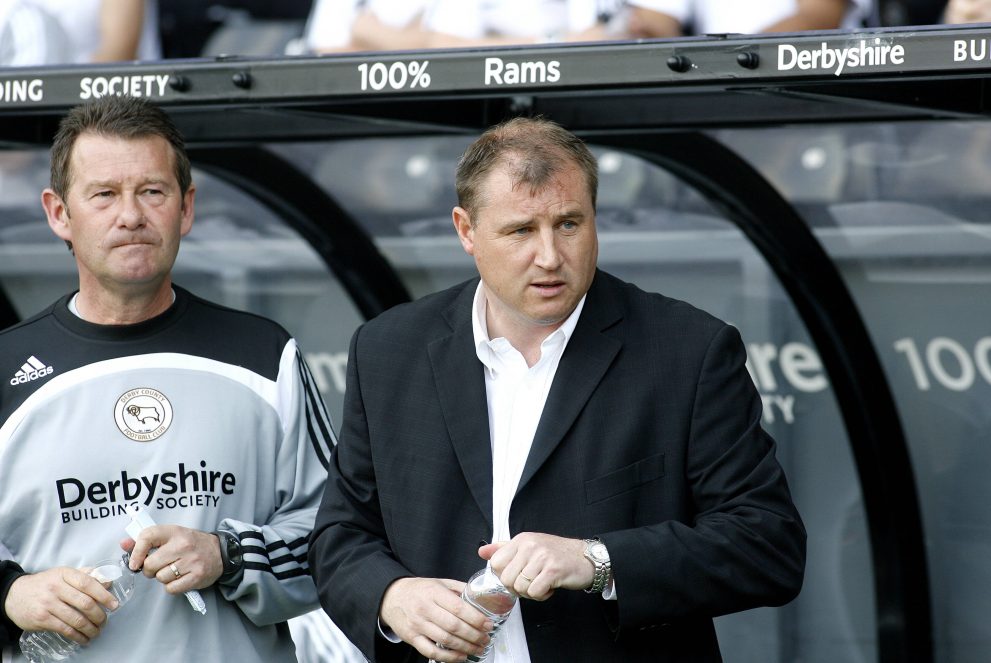 The January transfer window is notorious. It is a time for desperation and risk-taking, for premium prices and uncertainty. It is a market that clubs are only advised to enter if they absolutely have to. While it may appear to be a ticket to much-needed improvements, rushed planning and inflated prices posted by the selling clubs add a genuine sense of lottery to the post-Christmas business.

Newcastle United have become this year’s hot topic since October’s Saudi Arabian-backed takeover made the Magpies the richest club on the planet. Attention has swiftly turned to January, with Eddie Howe’s men in desperate need of reinforcements to avert a disastrous relegation come May.

But signing players will be difficult in their position; anxiety and deep pockets is a combination that could put them on the back foot in negotiations from the very start.

Former Wigan Athletic and Derby County manager Paul Jewell knows all about the realities of the January window. Having walked into an almost impossible situation at Derby during the 2007/08 season, when an under-prepared Derby side won just 11 points that campaign, he learnt some harsh lessons.

Paul Jewell's record as Derby manager in the Premier League:

“January is an easy market to do business in,” Jewell tells Compare.Bet. “But is also an easy month to do bad business, and I can vouch for that. I always think it is a great month when you are top of the league and you want to strengthen. Prices are higher in January because teams are either trying to win the league or stay in it.

“At Derby, Adam Pearson (chairman) told me we’d get relegated, but being competitive you don’t want to accept that. Very quickly I realised he wasn’t wrong; what I should have done is just gone with what we had, but I thought the supporters deserved a little bit more than that. I was bringing players in left, right and centre, trying to add some credibility to the way we went down. Hindsight is a wonderful thing, and in fairness Adam told me to do this: I should have held tight and spent money in the summer.

“If you are a team that is very busy in January, chances are you are struggling at the bottom of the league. But it’s great when you are happy with your squad and something just pops up to help you get over the line.

“There is so much money at stake in the Premier League, managers and owners are willing to spend that extra £10m. We talk about these things like confetti, but spending £10m to save £150m is good business. It rarely works, I think.”

Football was badly impacted by the pandemic last year, but with the likes of Newcastle, Norwich, Burnley, Watford, Leeds and Southampton all struggling, there will be plenty of appetite to strengthen next month. The Magpies’ future may be bright, but there are doubts over the present. With just one victory in 18 games running up to Christmas — no team has ever survived having failed to win in 14 — can they realistically attract the kind of players to kick start the new era?

Can we expect something similar at Newcastle in January? pic.twitter.com/DyFQDAtEo2

“That is questionable,” Jewell states. “But in the end, money talks, doesn’t it? The difference between Newcastle and Derby is that we were basically marooned. They are still only a few points from safety. They’ll find it easier to attract players, but the top, top ones? Are they going to want to join Newcastle? I don’t think so.

“There is so much more to contract negotiation than people realise. If you are a top player and a team who are struggling wants you, you aren’t going to want to stay in the Championship. Then if they can’t get rid of you and there isn’t a relegation clause in their contract, your wages can kill the club. It is a delicate situation. Both Wigan and Derby, my previous clubs, have ended up in administration.”

Jewell’s years as a manager saw him work with a broad range of clubs, starting at Bradford City before Wigan, Derby and later Ipswich Town. But in 23 years since he took his first job, the manner in which transfers, particularly in January, has changed. Deals are, by nature, more reactive, but they are also more complex, and he says the rise of the agent’s role is behind that.

“Your phone starts to quieten down after the summer but it all trickles through again from November. By December you are just bombarded by agents about this player, that player. In the old days, you’d watch a player three or four times and do your homework, but nowadays with everything being online you can watch any player at any time. I could go on Wyscout now and look at a player in Brazil right now.

“I made mistakes at Derby because my back was against the wall and my head was spinning. A really good CEO is worth their weight in gold because they can back you, but tell you if you’re taking a punt on a player, it may not be the best idea. We’ve all taken chances and some work, some don’t. It is about weighing up pros and cons.”

"They're going to go through mercenaries turning up and taking money."

"It will happen, because they are desperate right now."

Newcastle will spend in January, but as @jjenas8 knows from his time at QPR, it can be very tricky getting the *right* players in.#PLTonight pic.twitter.com/sa45obHno1

Manager to manager relationships are also less important in making deals happen, much to Jewell’s frustration.

“You used to ring the manager up. David Moyes and I started off at the same time. Let’s say I wanted to buy a player from Preston. I’d ring and say, ‘David, can I buy Sean Gregan?’ He might say he doesn’t want to sell him, but I’d ask him to name a price; that is how it used to go. I’m not slagging agents off, but unfortunately, things have gone completely the wrong way around. It doesn’t work the way it used to.

“A manager will now call an agent and say, ‘what is happening with player X?’ They might say, ‘oh he wants to get away’, or ‘he’s available for this price’. That is where the agents’ fees come in. I’m not comfortable with it, but that is the way the game has gone. It is all done over texts, emails and WhatsApps. I think everything should be out in the open; I don’t understand undisclosed fees. I think supporters should get to see everything. It is just ethical.

“I’ve gone to agents and asked what we need to pay them to get the player. I learnt that lesson from one of my first chairman; if you look after the agent, you’ll normally get the player. This is all after the club has agreed to sell. It isn’t all agents, but I’ve known some for whom their most important deal is their own. Unfortunately, players listen to their agents more than anyone, and the tail is wagging the dog.”

There are clubs who are desperate to improve their squads in January, but from hiked up fees, agents and poor form impacting potential deals, there are so many traps to fall into. Only the smartest will succeed.