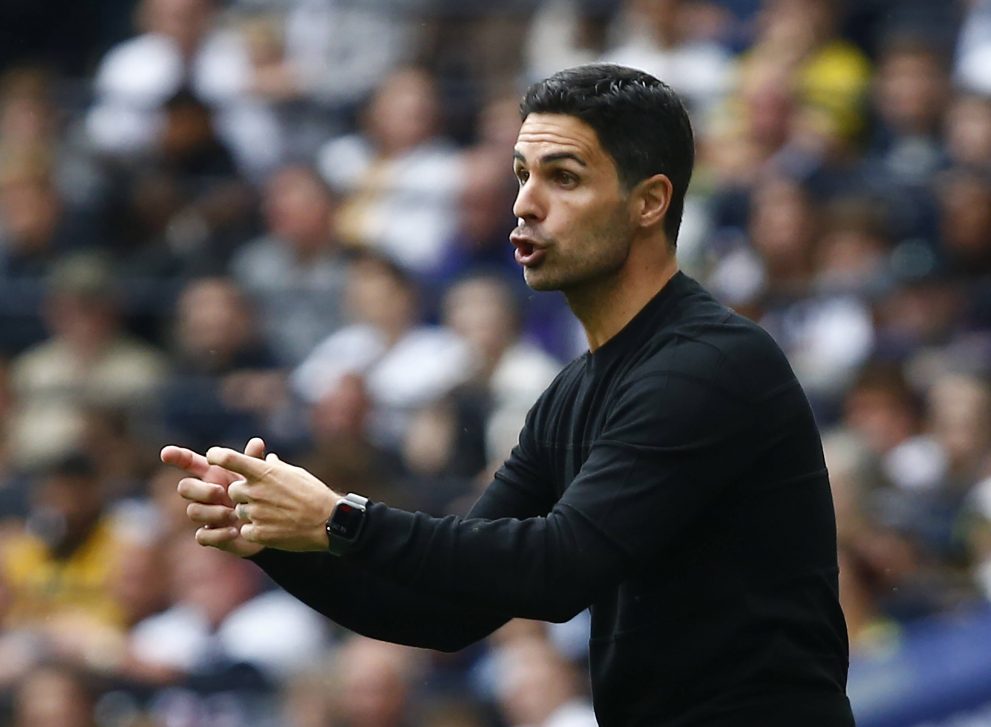 Leeds head to Anfield on Boxing Day having shipped in 16 goals in their last four fixtures and with just one win in eight. Given their circumstances and opposition, it is hard not to conclude their suffering will continue over the Christmas period.

The comprehensive score-lines endured against Manchester City and Arsenal raised eyebrows but the manner of them was most startling of all. Deprived of eight first-team players to a horrendous and seemingly never-ending injury crisis, Marcelo Bielsa turned to teenagers while deploying others out of position to plug the gaps and it all starkly showed. Worse yet, sticking to a man-for-man strategy when out of possession proved disastrous without Kalvin Phillips there to make the system work and at the Etihad in particular, it felt like City could manoeuvre Leeds however they wished and attack at will, reveling in the vast spaces afforded the reigning champions. In both games combined Bielsa’s men faced a remarkable 52 attempts on target.

So, will the Argentine change his team’s ways as they head to free-scoring Liverpool? Regrettably for the visitors, that is extremely doubtful as with most geniuses he is more likely to double down on beliefs that have served him well in seasons past. As Leeds hemorrhaged goals against the Blues and Gunners, Bielsa watched the carnage unfold like a captain going down on his ship, saluting the lowering sun.

It’s reasonable to expect any top-flight side worth their salt to punish such an open approach with a patched-up eleven. At Anfield, that logic multiplies.

Liverpool have reached the landmark of 50 goals quicker than any previous season in their long and illustrious history while the goal-scoring feats of Mo Salah astonishes. The consistently lethal Egyptian has been directly involved in 24 league goals so far, a figure only ever bettered at this stage of a Premier League campaign by one player — Alan Shearer. Indeed, so commonplace are Salah strikes right now that perhaps we are guilty of taking them for granted. We shouldn’t. It is prolificacy in its rarest form.

Elsewhere, the Reds are without Virgil Van Dijk, Andy Robertson, Thiago and Fabinho but possessing far more squad depth to Leeds, these are absences that will be missed but won’t necessarily prove costly. Seeing Jordan Henderson return to their midfield meanwhile is a major plus, the England international as pivotal to Jurgen Klopp as Phillips is to Bielsa.

Leeds keeper Illan Meslier can anticipate another testing afternoon and the stand-out bets all involve a comfortable victory for the hosts. Liverpool to win while scoring over 3.5 goals is well-priced at 5/6.

The Canaries have conceded an average of two goals per game all season and that requires an awful lot of goal-scoring at the other end to compensate. In the event, they have been consistently shot-shy, to such an extent they are now in joint possession (along with Leicester, Derby, Burnley and Sheffield United, across a 45-year period) of a truly undesirable record. Because to this juncture of a campaign no top-flight side has ever scored fewer times in the league.

Of Norwich’s scant eight goals only four have come from open play and their sustained failure to create genuine opportunities is damning on a front four whose license to attack comes at great cost at the back.

It is a back-line whose stature is limited in comparison to the extravagantly assembled forwards they face every week, thereby needing protection in numbers. That protection was lacking under the open approach espoused by Daniel Farke but what is most concerning for a team that already feels doomed to drop in May is that results continue to go against them despite evidence of a shift in tone under Dean Smith.

In the last three games of the Farke era Norwich’s keeper Tim Krul was subjected to an average of 8.5 shots on target. In their most recent three games under Smith that figure has dropped to six. Yet Norwich still contrived to lose 3-0, 1-0, and 2-0. Again, we go back to their average of two goals a game conceded. Again, we return to them not scoring. The manager has changed but the pattern remains the same.

A flourishing Arsenal will no doubt be relishing the prospect of taking on Norwich’s beleaguered defence, especially as it is weakened further by the absences of Grant Hanley and Ozan Kabak to injury. After an autumn of trial and error — indeed, after a 2020/21 of trial and error — Mikel Arteta has finally settled on a winning formula, one that focuses on youth and attacking endeavour. Exactly half of Arsenal’s goals this term in the league have been converted by players aged 21 or under and with form and results blossoming it’s little surprise that Arteta has now selected the same eleven for four games in a row.

This then will likely and largely be a contest determined by Saka, Odegaard and Smith Rowe bewitching a patched-up rearguard that had frailties galore even when fully staffed.

Only the top three have had more shots than the Gunners this season and they can count themselves unlucky too after hitting the woodwork more often than any other team.

Villa’s fortunes have dramatically improved since the arrival of Steven Gerrard with their only defeats at the hands of Manchester City and Liverpool and both of those closely fought affairs.

Elsewhere, four wins have seen the Villans rise six places in the league during Gerrard’s opening weeks in charge and beyond the results, it is evident that the players are enthused and reinvigorated by the appointment, embracing his methodology to good effect. Villa are competitive and now play on the front foot, two qualities that epitomized Gerrard as a player.

We can expect therefore for Matty Cash and John McGinn to swiftly become firm managerial favourites, with each already in the Premier League top ten for tackles made, while Ollie Watkins is now up and firing after an underwhelming start to 2021/22. The 25-year-old has scored four in eight and is persistently a threat.

As for Chelsea, the bulk of the media’s coverage of them in recent weeks has focused on their lengthy injury list and rightly so. It is a predicament that continues with Thomas Tuchel deprived of Romelu Lukaku, Timo Werner, Kai Havertz, Ben Chilwell and Callum Hudson-Odoi as his team heads to the Midlands. Once again, the German must turn to the periphery of an admittedly very well stacked squad.

Yet though the injuries have played a big part in Chelsea’s struggles throughout December they should not wholly deflect from the fact that the Blues have only won three of their last eight league commitments, nor that this is their first crisis of confidence in Tuchel’s reign. How they respond to the tough examination that Villa will no doubt go a long to revealing if they have the character for a protracted title fight.

Having N’Golo Kante and Mateo Kovacic back patrolling the centre-circle is a huge boon and for this reason the visitors should be backed to prevail. It will be a testing afternoon though, no question, and with Villa having only failed to score once since Gerrard’s arrival perhaps both teams to score at 19/20 is the bet to plump for.

Ralf Rangnick’s tenure at Manchester United is set to resume in the North-East on Boxing Day after a Covid outbreak resulted in postponed fixtures as well as the club’s Carrington training complex being closed. All of which of course is hardly ideal preparation for two fixtures in the space of four days against Newcastle and Burnley, both of whom currently reside in the relegation zone.

The last time the Reds played was at Norwich on December 11th and a full fortnight of inactivity has at least allowed for Victor Lindelof, Aaron Wan-Bissaka and Anthony Martial to convalesce from their respective injuries and put themselves back in contention to face the Magpies. Paul Pogba meanwhile is ruled out though Rangnick will be considerably boosted by Cristiano Ronaldo’s availability, the Portuguese megastar being one of his players struck down by illness. CR7 has previously scored eight in 12 appearances against Newcastle.

Ronaldo's just posted this on Instagram. Looking like United should have enough fit for Newcastle. Lindelof appears to be involved in full training too, which should allay some of the concerns about him at Norwich pic.twitter.com/7PZq9dvGbl

And he will very much be keen to participate here, with Eddie Howe’s side regularly veering from calamity to crisis and back again, often in the space of 90 minutes. Just one clean sheet all season tells a sorry tale as too does the statistic that reveals Newcastle to be the second most dispossessed side in the Premier League after Crystal Palace. Allan Saint-Maximin alone has been deprived of possession on 47 occasions and for all that his individual endeavours excite, they can leave a defence prone to mishap exposed and misshapen.

Tentative optimism followed Newcastle’s solitary victory of the season over Burnley in early December, as improvements could be seen under Howe’s guidance, yet an extremely tough schedule pitting them against Leicester, Liverpool, then both Manchester giants was always going to be a colossal ask for this side in disarray. So far, the Magpies have lost three from three, with an aggregate score-line of 11-1.

As if Eddie Howe didn’t have enough on his plate, there is also a disciplinary issue at St James Park with 43 yellow cards and two reds putting them at the summit of the wrong kind of table. 6/5 for over 4.5 cards therefore feels like a logical punt. 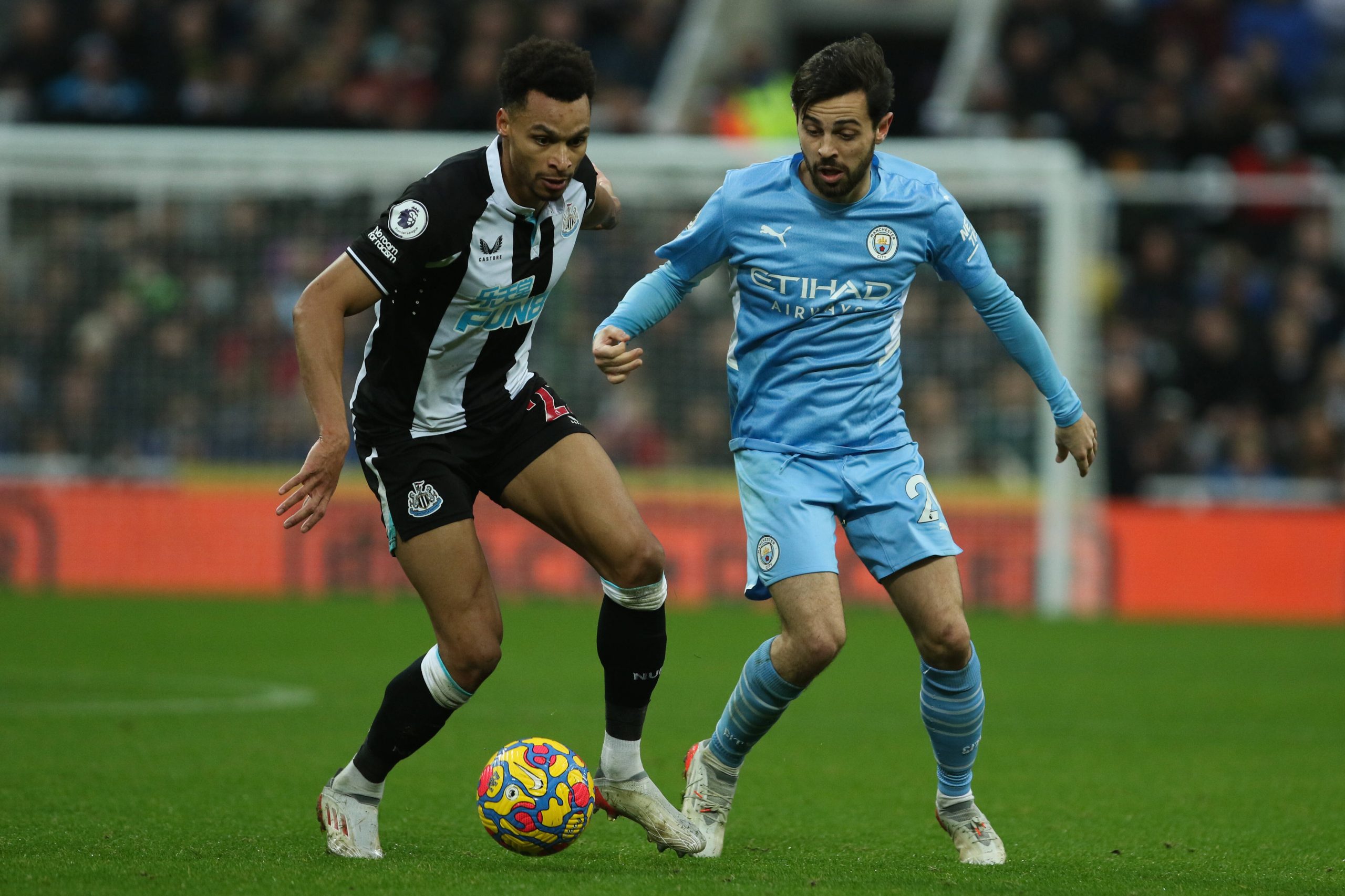 Will ‘Boring’ Manchester City Ever Get the Credit They Deserve?